Motorsport.com looks back at some of the choice special liveries that adorned MotoGP's factory and satellite bikes this century so far. 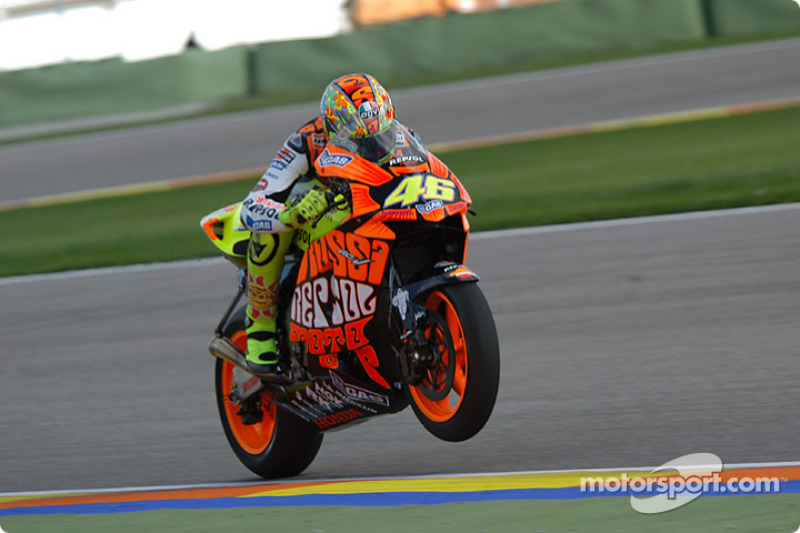 1/25
Already 2003 champion, Rossi ran a special paint scheme in the season finale, seeing off Sete Gibernau for his ninth win of the campaign. Hours later he confirmed he was leaving Honda. 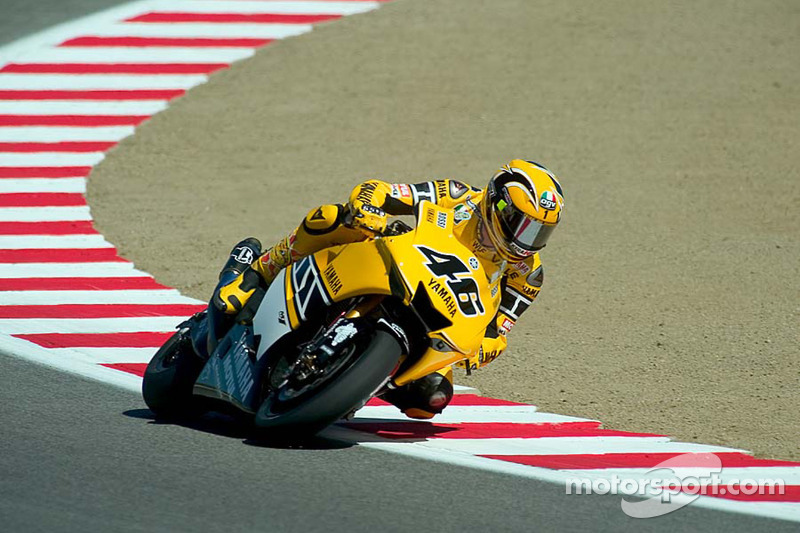 2/25
Rossi and works teammate Colin Edwards ran a special yellow livery to commemorate Yamaha's 50th anniversary. Both finished on the podium, but were beaten by Nicky Hayden. 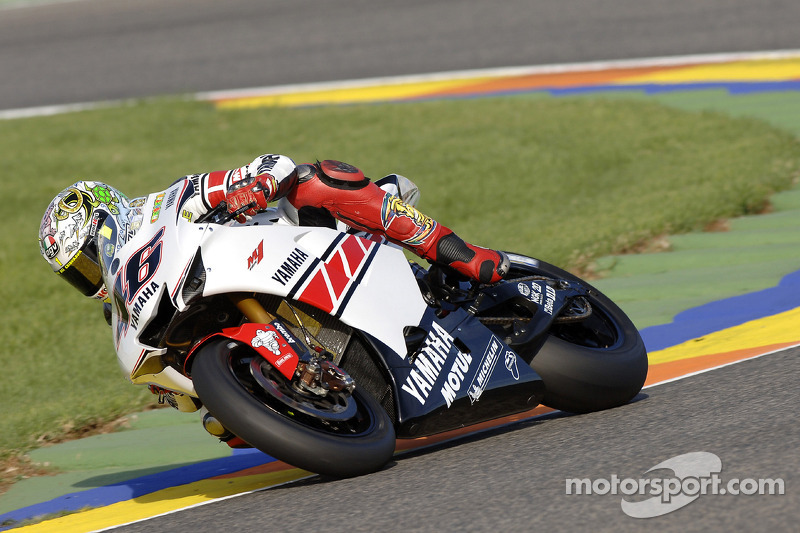 3/25
Rossi and Edwards then also ran a retro Yamaha colour scheme in the 2005 finale. The Italian's weekend was compromised by a qualifying crash, but he fought through from 15th to third. 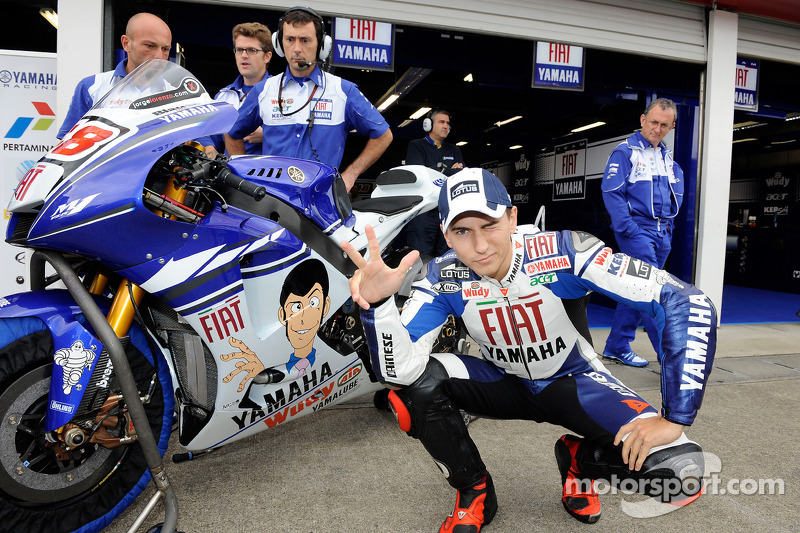 4/25
Rookie Lorenzo's livery at Yamaha's home race referenced the popular 'Lupin the Third' manga series. He qualified on pole, but finished only fourth. 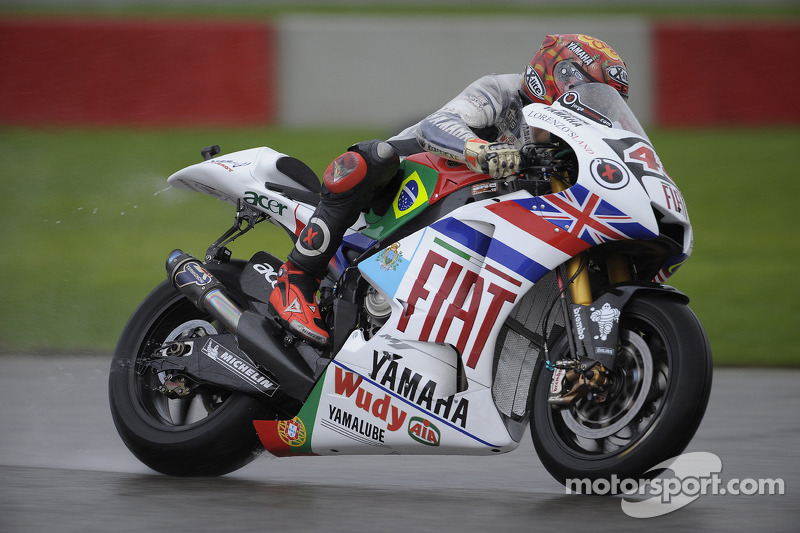 5/25
Lorenzo then ran another special colour scheme in Valencia, but ended the 2008 finale a distant eighth. 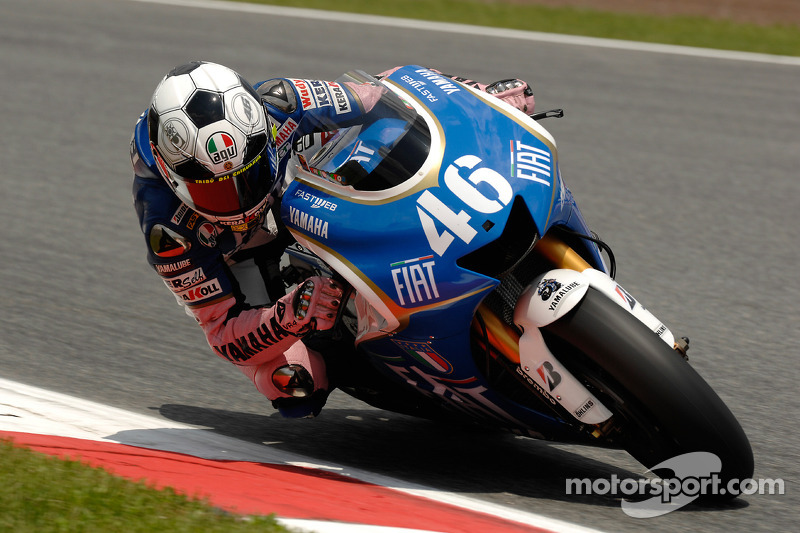 6/25
A noted football fan, Rossi ran a special livery in Barcelona in 2008 to support the Italian national team in the Euros. Just like he was beaten by Dani Pedrosa in the race, Italy would crash out in the quarter-finals of the tournament in a penalty shoot-out against Spain. 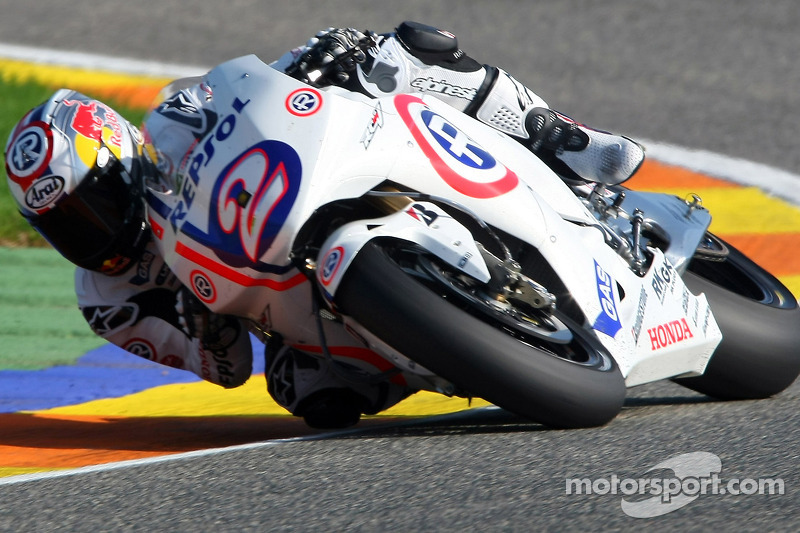 7/25
Pedrosa and teammate Hayden ran a livery referencing the first Repsol-backed rally cars in the 2008 finale. The Spaniard finished second. 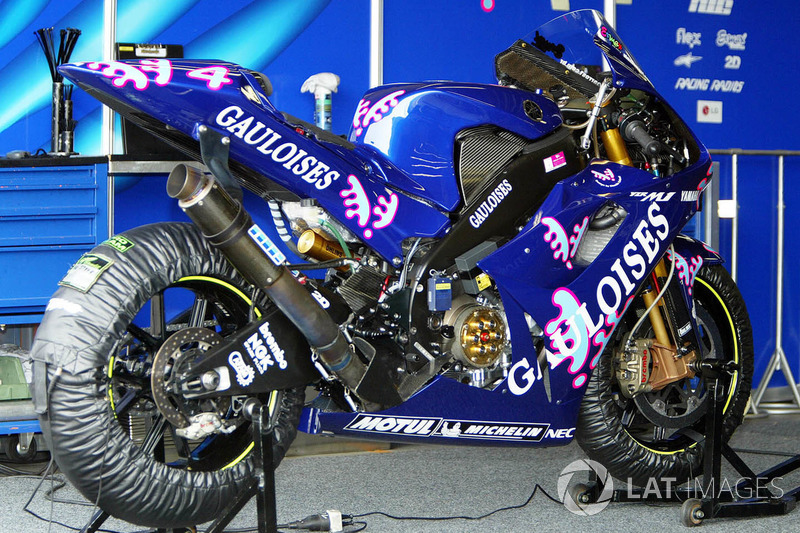 8/25
The Motegi-based Pacific GP marked one of Barros' better races in 2006, as the Brazilian, recovering from injury, placed sixth. 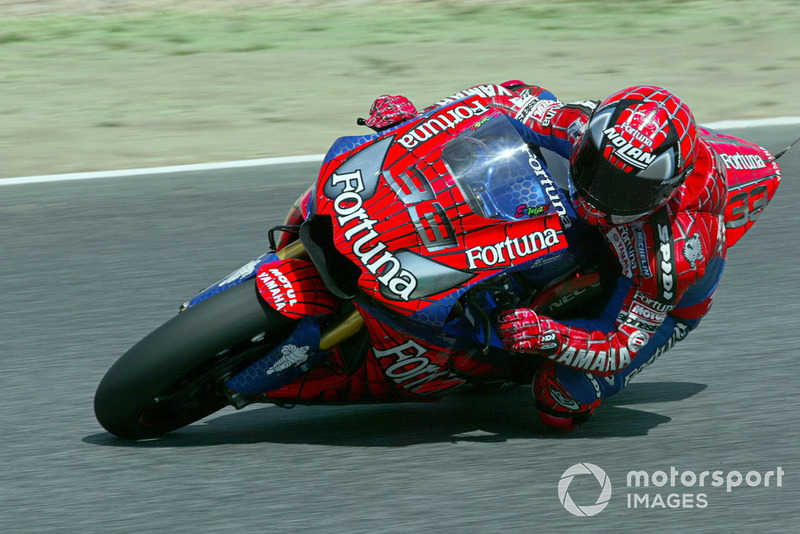 9/25
Coinciding with the release of the acclaimed Spider-Man 2, Melandri ran a new variation of the theme livery he first trialled in 250cc. His Estoril race itself, however, was more Spider-Man 3 as he crashed out. 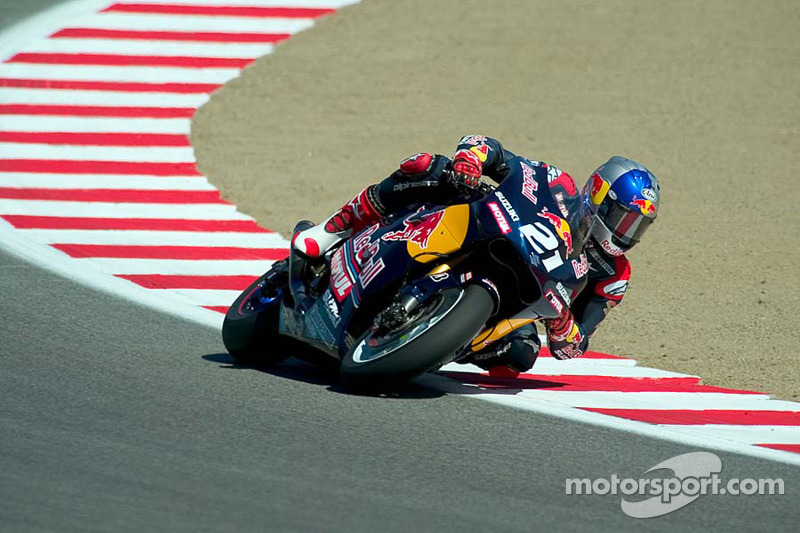 10/25
Americans John Hopkins and Kenny Roberts Jr. contested the Laguna Seca in Red Bull colours as part of a one-off deal. Hopkins fared the better of the two, taking eighth. 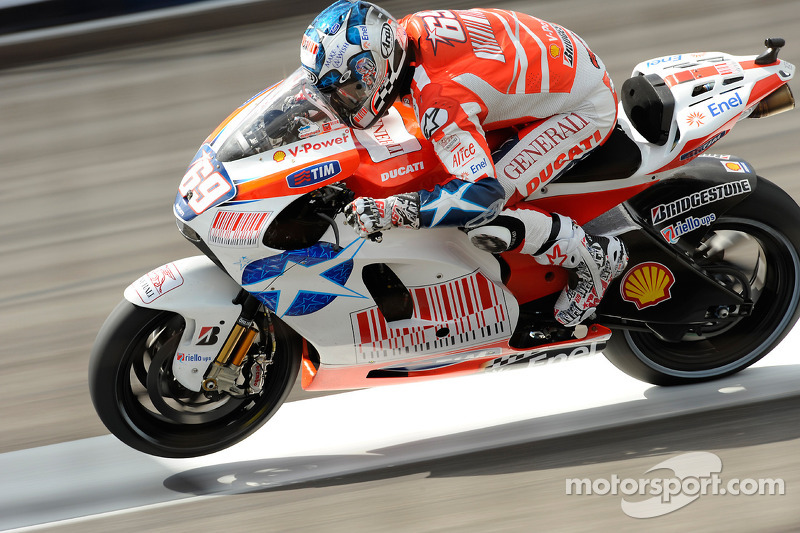 11/25
New to Ducati's fold in 2009, Hayden traded its standard red colours for a USA-inspired livery on race day in Indianapolis - where he secured his first podium for the firm. 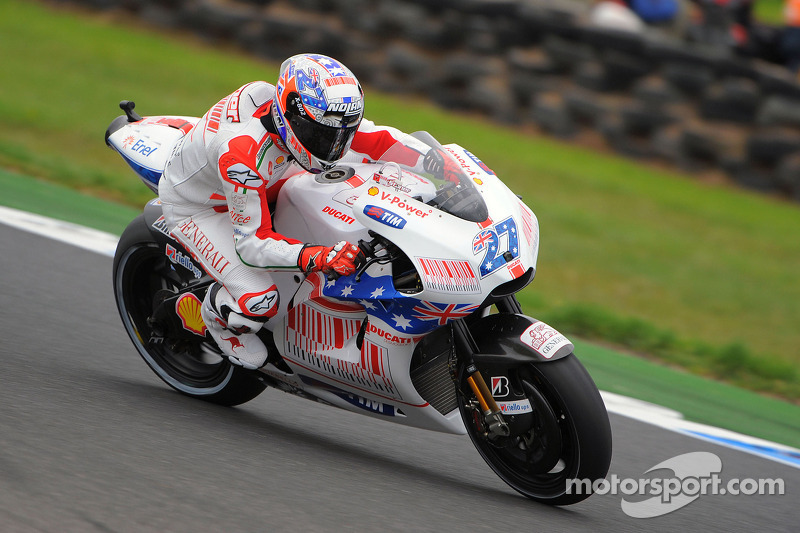 12/25
Casey Stoner ran a similar colour scheme - but with Australian markers instead - in Phillip Island. He won the race from pole. 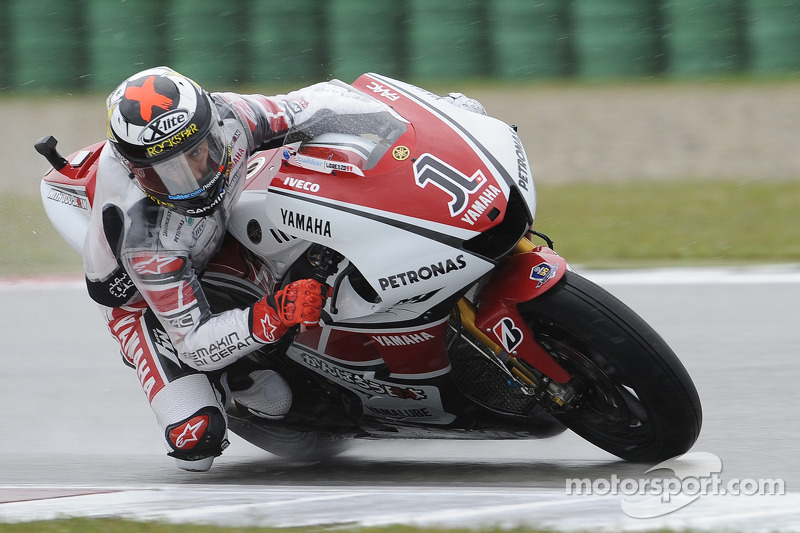 13/25
Lorenzo and Ben Spies ran an anniversary Yamaha livery at Assen and Laguna Seca in 2011. Spies won the former race. 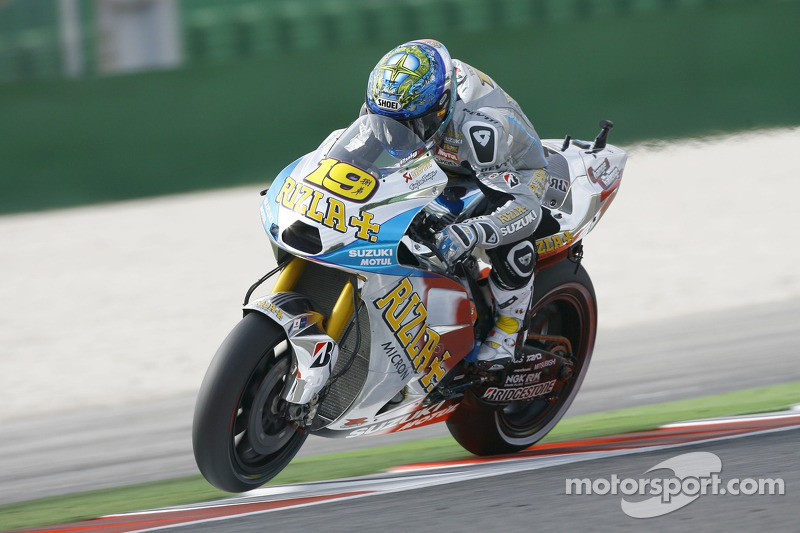 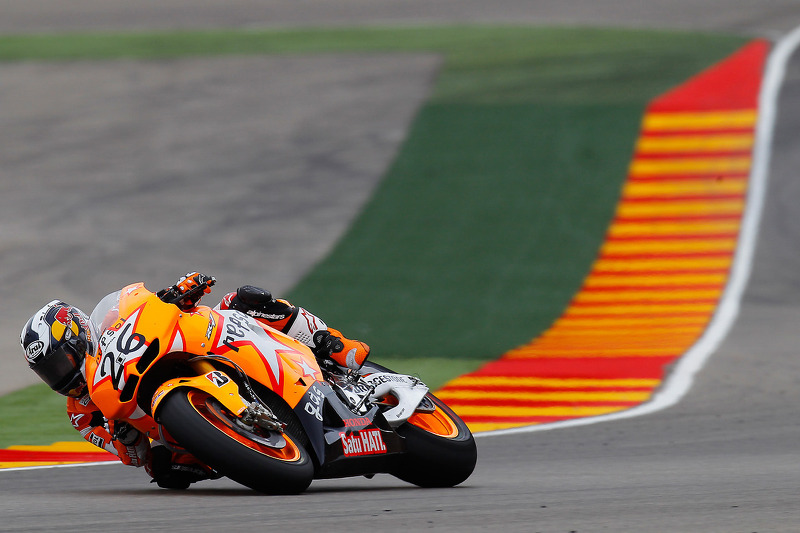 15/25
This special Honda livery might've divided opinion, but certainly seemed to do the trick - Stoner and Pedrosa finished 1-2 at Aragon. 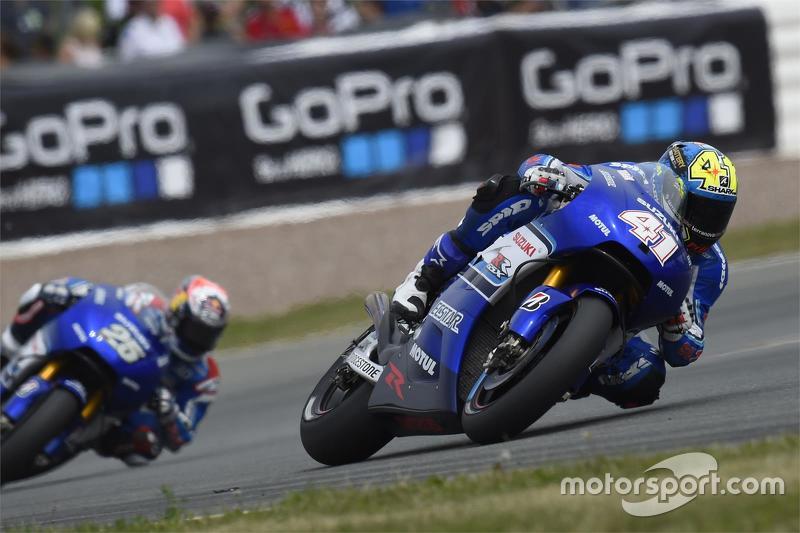 16/25
Suzuki's special livery for Sachsenring and Indianapolis in 2015 referenced its successful GSX-R sports bike, but itself scored only a handful of points. 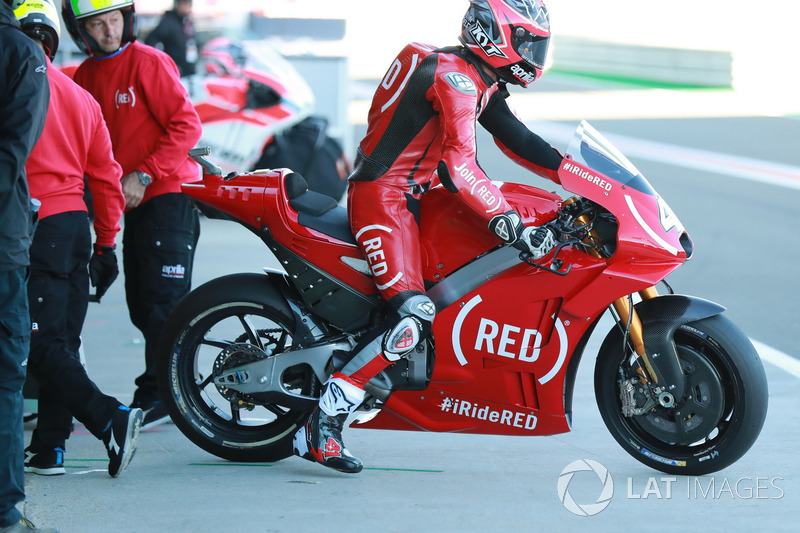 17/25
Aprilia is making a tradition of running AIDS charity (RED)'s colours in the season finale, having done it over the past two years. 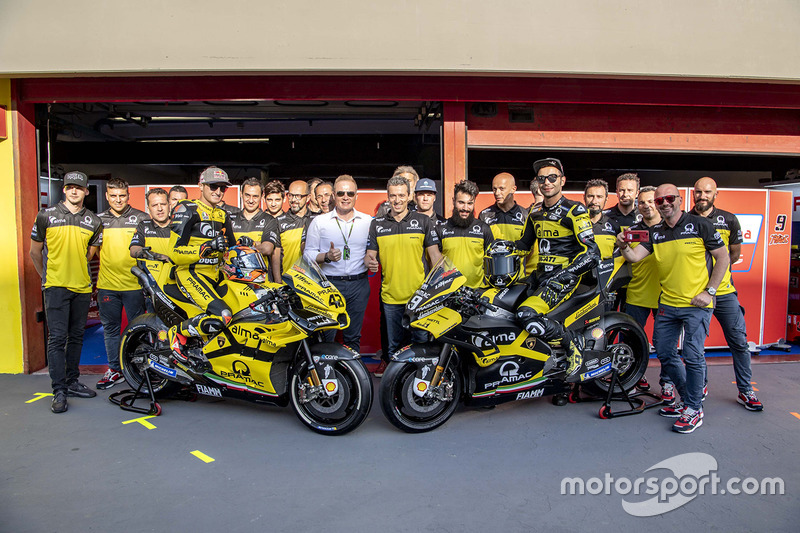 18/25
Pramac swapped its usual colours for a radically different Lamborghini tie-in livery in Mugello. Petrucci ran up front before fading to seventh, while Miller crashed out on the second lap. 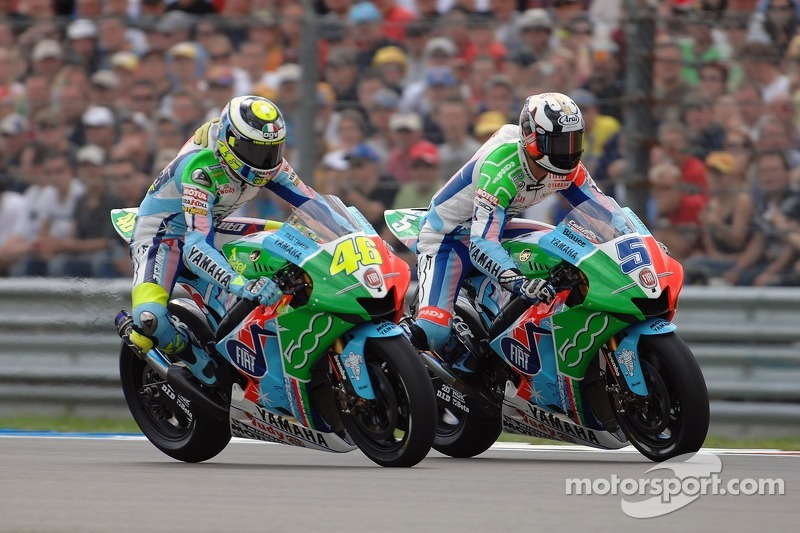 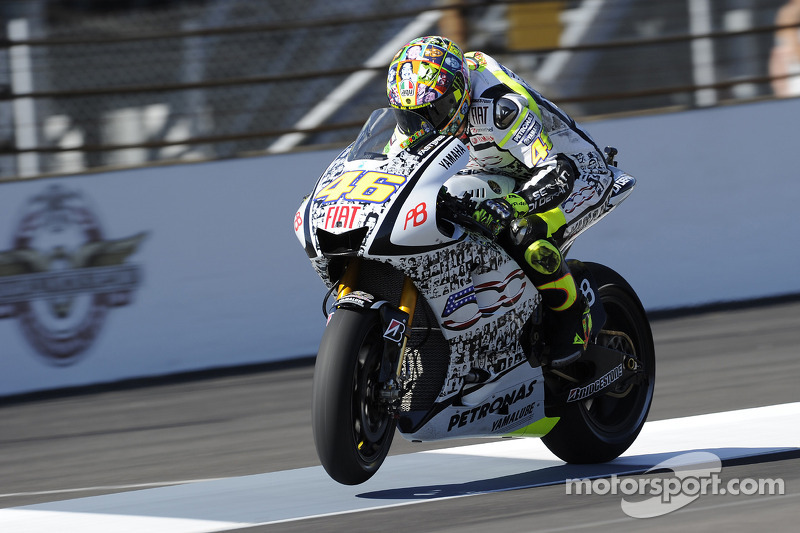 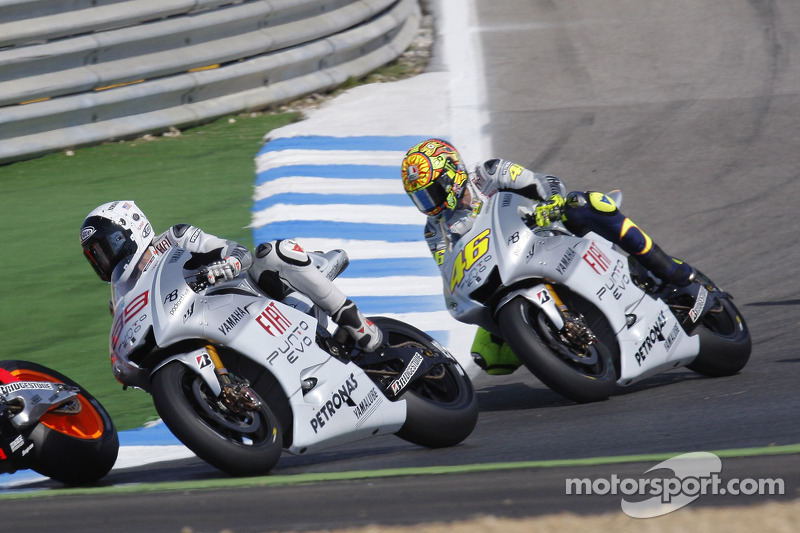 21/25
Another FIAT-inspired paint scheme, inspired by the Punto Evo car, took Lorenzo to victory in Estoril. 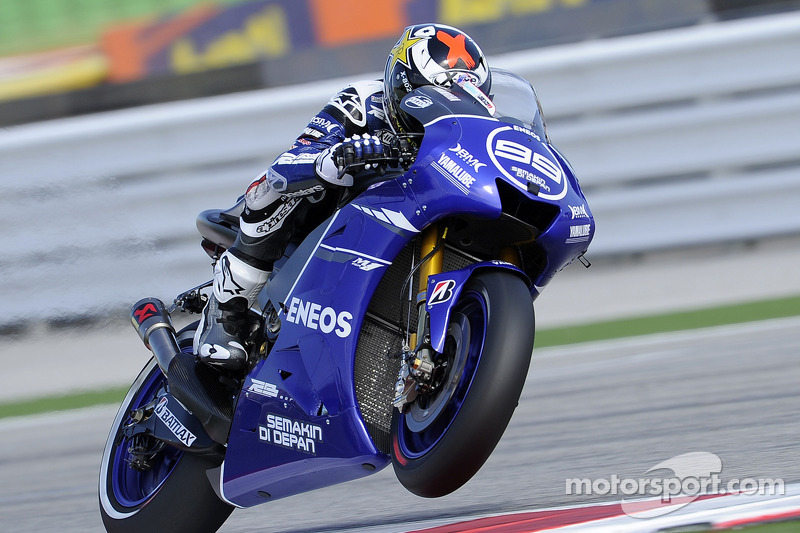 22/25
The three-time champion has a knack for taking the chequered flag with one-off paint schemes. The 'Race-Blu' won with Lorenzo in Misano in 2012. 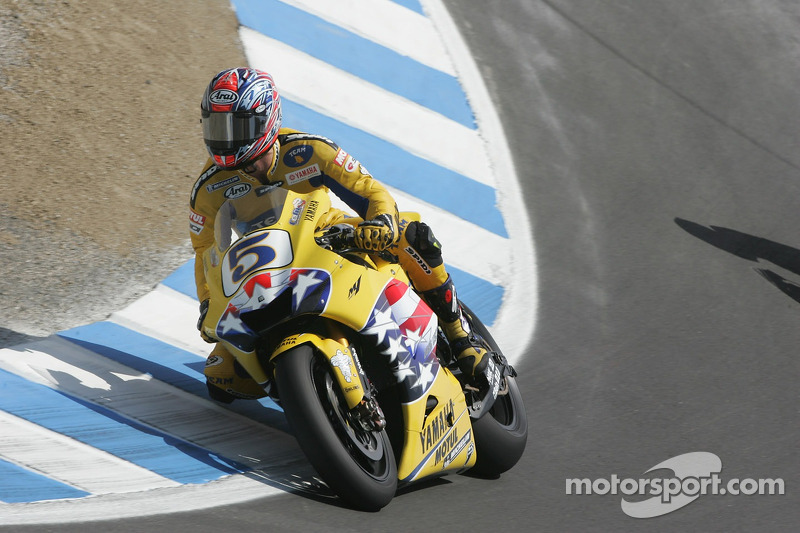 23/25
Edwards' Yamaha bike retained the Camel yellow for his home round in 2006, but the forbidden tobacco branding itself was replaced by a 'Stars and Stripes' motif. 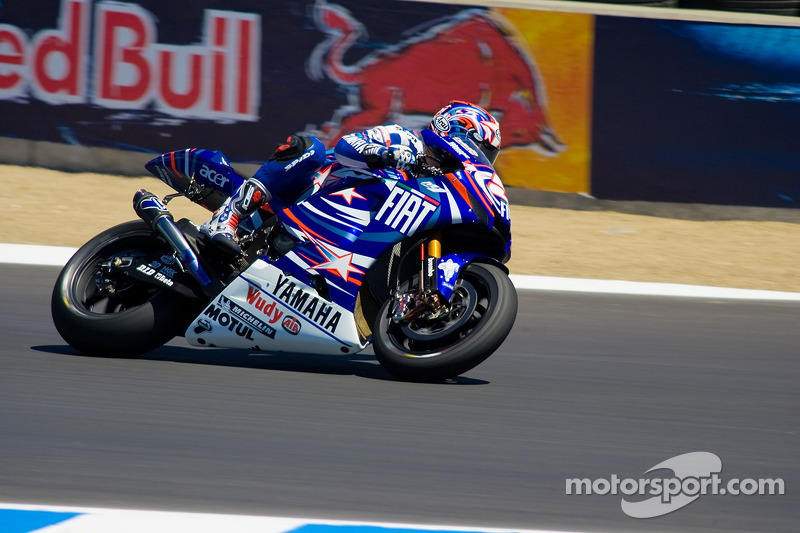 24/25
Edwards' 2007 home race bike likewise carried American colours, but having taken eighth the year before he could do no better than 11th this time. 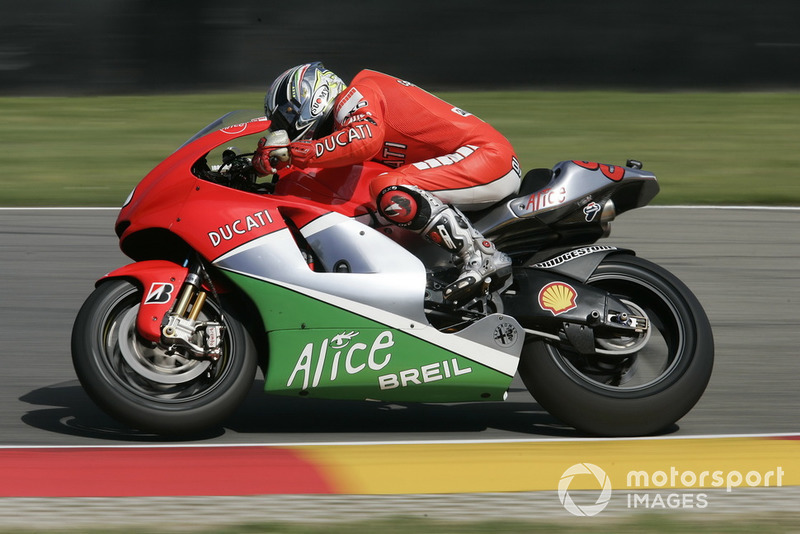 25/25
Ducati pair Gibernau and Capirossi ran Italy colours in Mugello in 2006 after qualifying 1-2. But Rossi ultimately denied the italian manufacturer on race day.

Lorenzo felt "like king of the world" after Ducati breakthrough