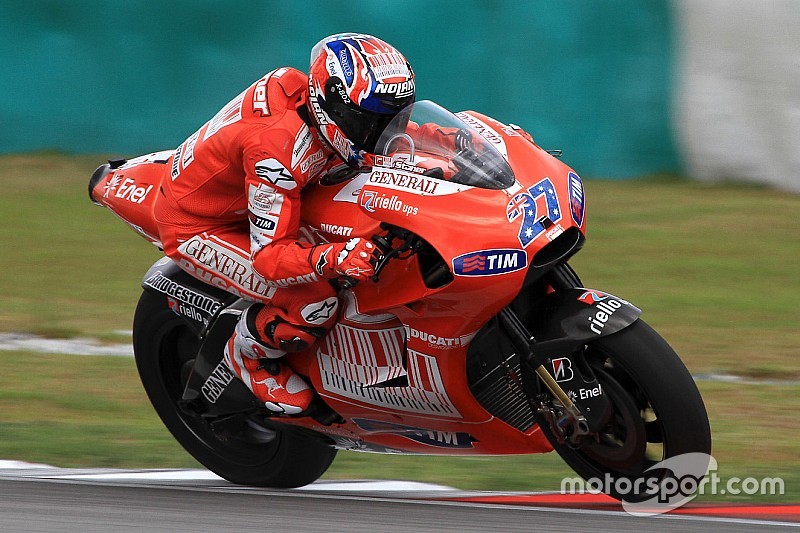 Ducati has confirmed that Casey Stoner will make his first test outing with the Italian squad’s 2016 bike next month at Sepang.

It was announced last Monday that two-time MotoGP champion Stoner would rejoin Ducati as test rider and brand ambassador for the 2016 season, putting an end to a five-year association with Honda.

And now it has been revealed that Stoner will test with the Bologna marque in Malaysia prior to the next official pre-season test at Sepang, which begins on 1 February – meaning the Australian will be in action in January.

Although a two-month testing ban for race riders extending to the end of January is now in force, this does not to apply to test riders.

“We are finalising the last details with Casey, there is still no precise date,” Ducati team manager Davide Tardozzi told GPOne.

“But definitely the first test that Stoner will do will be in Malaysia, before the official tests. He will probably test with [existing test rider] Michele Pirro.

“We don’t want to force him, but if you can push to the limit as he can do, his feedback will be very important. We are planning some tests for him to gain understanding and build confidence.”

Ducati has yet to confirm whether Stoner, who brought his full-time MotoGP career to a close at the end of 2012 with 38 premier class wins to his credit, will make any wildcard appearances in 2016.