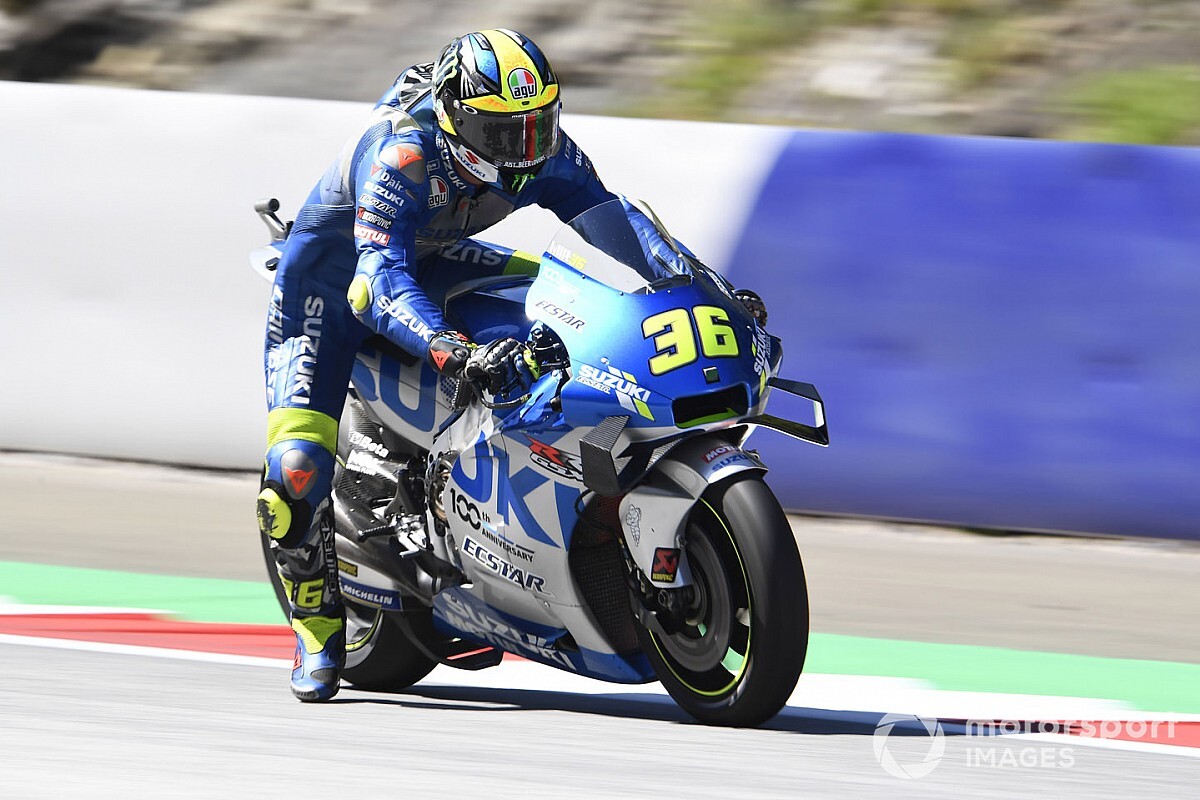 After a troubled Friday on his Petronas Yamaha in which he was hit with a mystifying “bad” feeling on Michelin’s tyres, Fabio Quartararo made an early improvement on the combined timesheets.

Quartararo’s 1m24.186s five minutes into the session put him ninth overall and top on the individual timesheets, though he was soon deposed by compatriot Johann Zarco.

The Avintia rider missed Friday’s action as he was unable to undergo a fitness test on Thursday following surgery on a fractured wrist the day before, but produced a 1m24.012s put him into eighth on the combined standings.

With 20 minutes to go, a handful of riders headed out on fresh soft slicks, with Quartararo amongst them.

The Petronas rider’s first effort of 1m24.052s was only good enough for 10th, but Maverick Vinales on the factory team Yamaha proved there was strong one-lap pace on the M1 when he set the best lap of the weekend thus far with a 1m23.617s.

Quartararo took notice and leaped up to second with a 1m23.628s, and 10 minutes later went top with a 1m23.607s having seemingly found form in the third sector after struggling through that section on Friday.

Quartararo held onto second at the chequered flag, with LCR’s Takaaki Nakagami jumping up to third on the year-old Honda ahead of Austrian GP winner Andrea Dovizioso on the Ducati.

Vinales rounded out the top five ahead of Friday pacesetter Pol Espargaro, with the KTM rider’s 1m23.638s from FP2 keeping him sixth overall.

Pramac’s Miller held onto 10th spot by just 0.003s having crashed at Turn 6 in the closing stages, with KTM’s Brad Binder unable to capitalise.

Zarco was shoved out of the top 10 as the session wore on and will face Q1 having ended FP3 12th, though only 0.423s off the pace, with the top 19 down to Aprilia’s Aleix Espargaro covered by under a second.

Zarco will face Q1 with factory Ducati counterpart Danilo Petrucci, who was 13th, and Rossi, who was unable to get on the pace of his fellow Yamaha riders down in 15th.

Honda’s Alex Marquez was the only other crasher in FP3, with the rookie sliding off at Turn 9 10 minutes into the session. He wounded up 20th at the chequered flag.

MotoGP on TV today – How can I watch qualifying for the Styrian GP?