Suzuki MotoGP team boss Davide Brivio has clarified that Andrea Iannone was dropped for 2019 for "business" reasons after the Italian recently spoke out against his dismissal.

After finishing second at Phillip Island two weeks ago, Iannone emphasised what he felt was his personal contribution to Suzuki's much-improved form during the 2018 campaign.

He said that, based on that, he will "never understand" why Suzuki opted to replace him with rookie Joan Mir for 2019.

Iannone, who moves to Aprilia next season, ended up crashing out of the following race at Sepang as a result of what he admitted was an "instinctive reaction" to Marc Marquez sliding ahead of him.

Alex Rins, meanwhile, went on to match Iannone's second-place finish from the previous week, giving the Spaniard a 16-point lead over his teammate in the standings ahead of the Valencia season finale.

When asked about Iannone's remarks, Brivio said Suzuki had explained clearly to the Italian at the time why it did not wish to retain his services after 2018.

"When we decided to separate our ways, we talked to Andrea and gave him our reasons," Brivio told Motorsport.com.

"It is a business strategy. When it comes to choosing riders, Suzuki looks for more than results. Other parameters are important, for example the image requirements. We explained that to him."

Brivio feels Iannone's comments were borne from frustration at having to leave Suzuki just as he is reaching a good level with the GSX-RR, with Phillip Island marking his fourth podium finish this year.

"He was disappointed because he couldn't renew with us, and his words are just a matter of frustration," Brivio added. "Those are words that are based on disillusionment.

"From now on, each one can choose the way he wants to express his feelings." 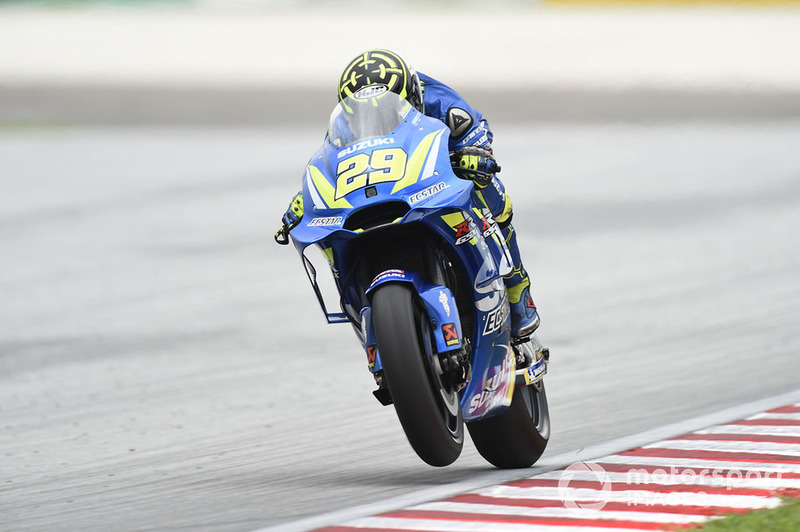