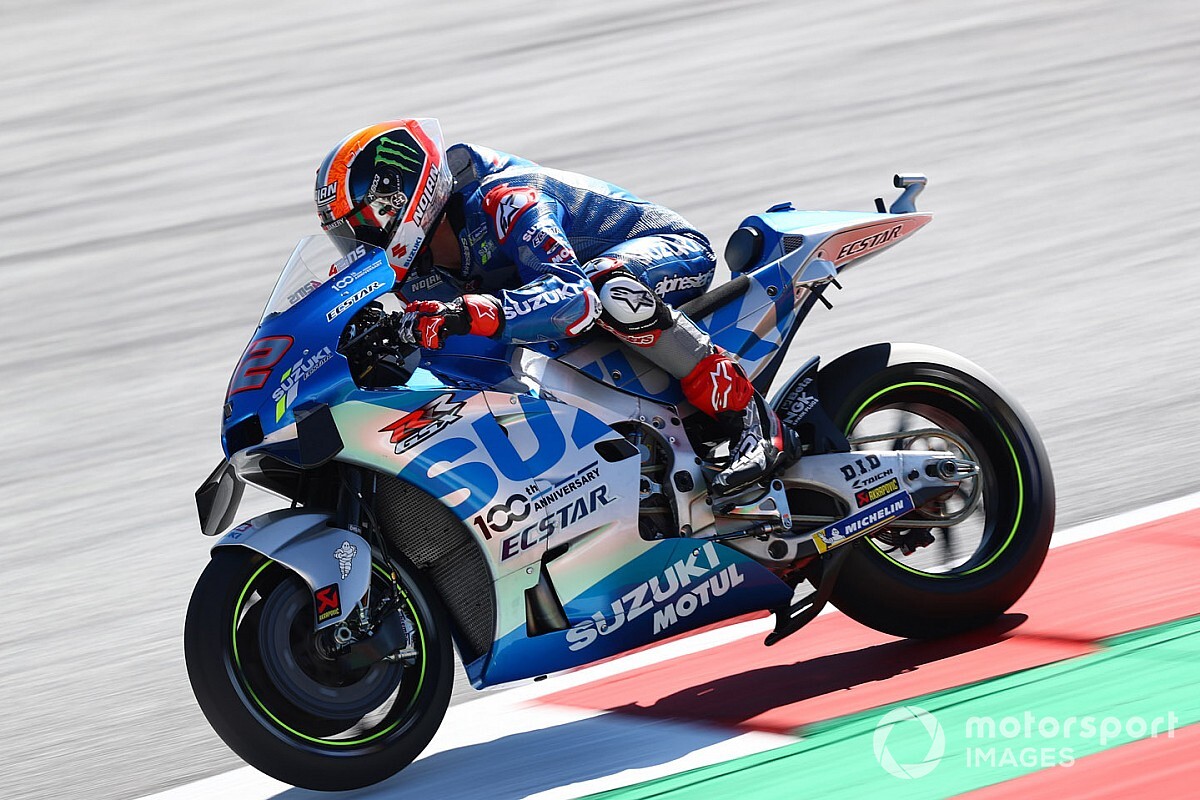 MotoGP championship leader Fabio Quartararo has branded the Suzuki the "perfect bike" for the Red Bull Ring ahead of the Styrian Grand Prix.

Alex Rins threatened to take the Suzuki to victory in last week's Austrian Grand Prix before crashing while making a move for the lead on Andrea Dovizioso, while Joan Mir scored his maiden podium in second.

Though the Suzuki is still around 7-8km/h down in the speed trap compared to the Ducati around Red Bull Ring, the GSX-RR is proving to be one of the strongest machines at the Austrian venue.

"For me, the Suzuki is really impressive how much performance they have because it looks like the bike is turning so well, stopping so well, the top speed is also much higher than our bike," Quartararo told Motorsport.com.

"I think it is one of the perfect bikes for this track."

Ducati has gone unbeaten at Red Bull Ring since it returned to the calendar in 2016, with Dovizioso winning three Austrian GPs.

Having predicted Rins to be a contender for victory last week, the Ducati rider once again touted the Suzukis to be in the lead group in Sunday's Styrian GP.

When asked by Motorsport.com how the GSX-RR compared to the Ducati, Dovizioso says the Suzuki's strong braking, cornering and traction is allowing it to somewhat negate its deficit in power, while its kindness on tyres is allowing Rins and Mir to be strong late in races.

"I think they are really good on the brakes, very similar to us, much better in the middle of the corners," Dovizioso explains.

"The acceleration is not as good as ours, but they are able to exit with more speed.

"When you exit with more speed, you are able to not use too much the rear tyre, you don't have to pick up [the bike] and use the power because you make the speed in the middle of the corners.

"So, I think they use a bit less the tyres, which is the reason why Rins and Mir are really good at the end of the race.

"We can accelerate much more from the middle of the straight to the end, but if you lose some kilometres [per hour] in the first part of the acceleration, it takes a lot of metres to gain on the Suzuki because you are losing the speed.

"This means you start to gain in the middle of the straight, not before.

"They are able to be consistent and fast, but more consistent than everybody I think in this moment."