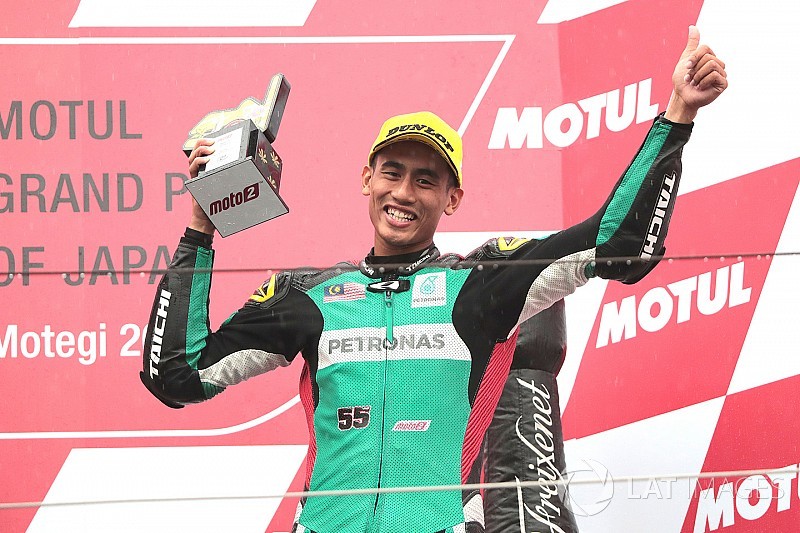 Hafizh Syahrin has joined Tech 3 Yamaha for the upcoming MotoGP pre-season test in Buriram, with the team expecting to make a “final decision” on its 2018 line-up shortly after the three-day event.

Tech 3 has found itself needing a late-notice replacement for Jonas Folger, who had signed on for a second season with the team but confirmed in January he would sit out the campaign due to health issues.

The French team tested former MotoGP regular Yonny Hernandez in Folger's place the first pre-season test in Sepang, but it was intermediate-class rider Syahrin who eventually emerged as favourite to line up alongside Johann Zarco full-time.

The Malaysian, who has already pulled out of the Moto2 deal he had in place for 2018, will get his first taste of MotoGP machinery at Buriram - but is thus far confirmed only for the test.

"I'm really happy and honored to have the possibility to have Hafizh Syahrin with us for the test in Buriram," said Tech 3 team boss Herve Poncharal.

"As everybody knows, since Jonas Folger decided that he couldn't race in 2018, we've been looking for who could be the right replacement rider.

"Following the Sepang test, we had many meetings and it has been decided that Hafizh Syahrin would be a very good choice for the Monster Yamaha Tech 3 team.

"Right now, it is only three days, but I am more than convinced that Hafizh is going to show us what he can do.

"Let's do the test, I'm already full of excitement and optimism and really soon after Buriram we will take a final decision."

Syahrin, 23, has been a full-time part of the Moto2 grid for the past four seasons and has three podiums in the category to his name.

"I'll try to do my very best during these three days in Thailand," Syahrin said. "For me, it's a dream coming true to be able to ride a MotoGP machine.

"I have to admit, that I'm overly excited to get this chance. I hope I can be fast from the word go to show everybody what I'm capable of."

Honda riders "got what we asked for", says Crutchlow