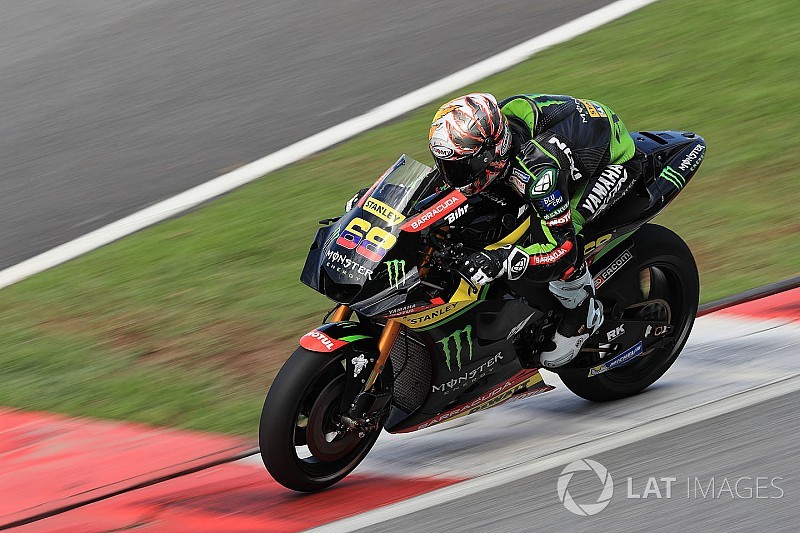 Tech 3 Yamaha boss Herve Poncharal admits he is "struggling" to find a sufficiently "exciting" replacement for the unwell Jonas Folger for the 2018 MotoGP season.

The French squad drafted in former Aspar and Pramac Ducati rider Yonny Hernandez for the opening pre-season test of the year at Sepang, but the Colombian has a contract to race in World Superbike with Pedercini and is unlikely to be signed to race the full season.

Poncharal had previously indicated he wanted to have a replacement for Folger locked down before the second test in Thailand this month, but said that finding a suitable candidate that would be sufficiently competitive on track and attractive to his sponsors was proving a challenge.

"Unfortunately, we are in late January," Poncharal told selected media in Sepang. "Most of the good riders are signed, Superbike, Moto2, they are signed.

"I think there is only one rider who is completely free, Sandro Cortese [who lost his Kiefer Racing Moto2 ride when the team hit financial trouble]. So the list is very short.

"Of course without lacking respect to anyone, this is an M1, this M1 was on the podium last year. We know the level, we need to be able offer all our partners something that is quite exciting.

"In an ideal world, I would've loved a young Moto2 rider. But they also have contracts. At the moment, I am struggling to find something that is exciting."

Ducati test rider Michele Pirro was understood to be one of Poncharal's preferred options to replace Folger, but the IRTA boss appeared to dismiss the prospect when asked about hiring the Italian.

He said: "Pirro is with a factory that until the last race was fighting for the world championship, and always I read he was an essential part of the racing programme.

"I respect [Ducati technical boss] Gigi Dall'Igna a lot, and everyone inside Ducati, and I cannot imagine Yamaha or Tech 3 would do some aggression to some opposition on track.

"For me it's important, in life in general, [that] when you sign a document, you read it. When you sign, it's because it's the best offer you have.

"If eventually something better is coming, sometimes it's too late."

Stoner: I expected more from Lorenzo in 2017