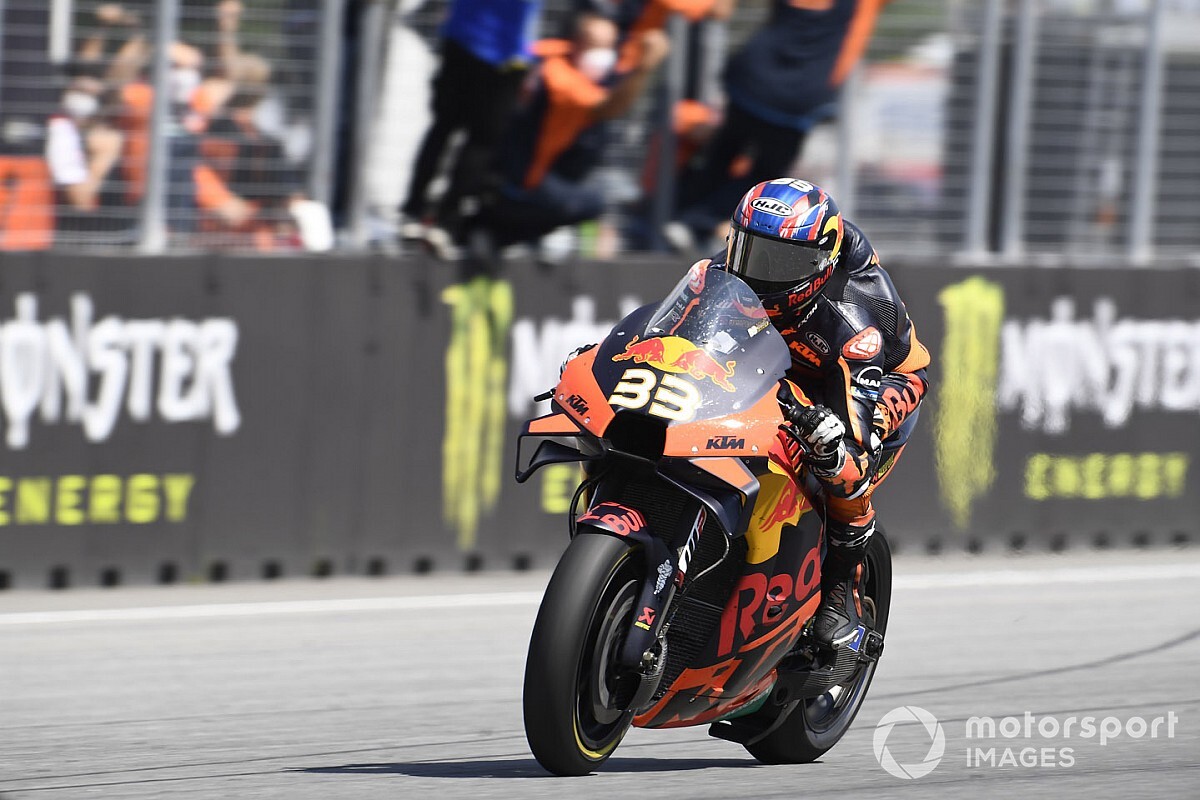 KTM has dominated every motorsport discipline it has entered throughout its history, but faced an entirely new challenge in MotoGP. Five years on, with huge investment in personnel and technology, here's how the Austrian brand has reached the summit

An investment of 40 million euro a year, the acquisition of key personnel and a whole lot of self-belief has powered KTM to its first MotoGP win, at the hands of Brad Binder in last weekend's Czech Grand Prix.

The rise of the orange bikes has been meteoric when you consider that just five years have passed since the initial prototype version of the RC16 completed its first laps in Spielberg. Huge investment in the MotoGP project, key appointments and perseverance have been the primary factors that led to an historic achievement at Brno, which left the factory staff pinching themselves whilst hugging each other in the pit garages.