Avintia Ducati MotoGP rider Tito Rabat has described the Silverstone crash in which he was hit by Franco Morbidelli's bike, saying his leg was "twisted like an S" in the impact.

Rabat was one of several riders to crash at Stowe corner in the closing stages of Saturday's fourth practice session, when a rain shower hit the track and caused many riders to aquaplane.

The Spaniard sustained a triple fracture to his right leg after being hit by Morbidelli's Honda in the gravel trap, and had to be airlifted to hospital in Coventry and operated on.

He returned to Barcelona on Friday, but remains under observation in the Dexeus Clinic and could face further surgery.

Rabat recalled of the crash: "I did not think at any time of losing my leg, although I saw it on the ground twisted like an 'S'. I lost a lot of blood and I got scared.

"From now on, every time I fall again, I will look behind me. At that moment I saw that Rins was warning me to get out of there, and I saw Franco's motorcycle coming very fast towards me.

"Luckily I was on my feet, because otherwise it would have been much worse."

He added: "The first day after the operation was very difficult, so much pain, 24 hours a day, you can't sleep - this is the worst thing. Now I can sleep a little bit more, but not more than two hours [at a time]."

Rabat's injuries indirectly led to the following day's MotoGP race being cancelled, as riders and race direction concluded that racing on Silverstone's new surface would have been unsafe on a day marked by persistent rain.

No recovery date as been specified for Rabat yet, although a lengthy layoff for the Spaniard seems likely given the nature of his injuries.

Dr. Ignacio Ginebreda of the Dexeus Clinic said: "Tito will try to recover as soon as possible, but I don't want to give a return date. It will be necessary to evaluate the point at which he can get on the bike, and the risks that it entails.

"We have planned a series of actions to speed up consolidation [of the fractures]. He could get on the bike before the fractures are fully consolidated, but you always have to consider the risks."

Avintia says it plans to announce who will replace Rabat in this weekend's Misano MotoGP round in the coming days. 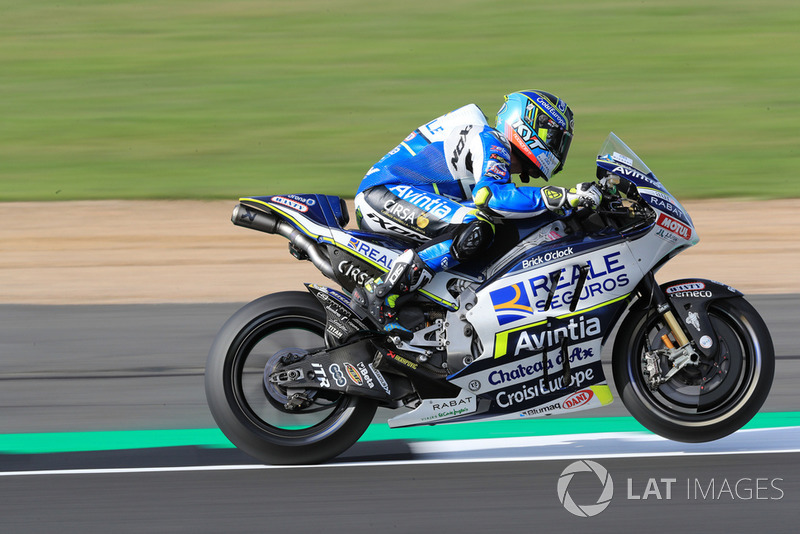 Impressive debut for 8Star Motorsports in the Indy Lights rounds at St. Petersburg

Impressive debut for 8Star Motorsports in the Indy Lights rounds at St. Petersburg