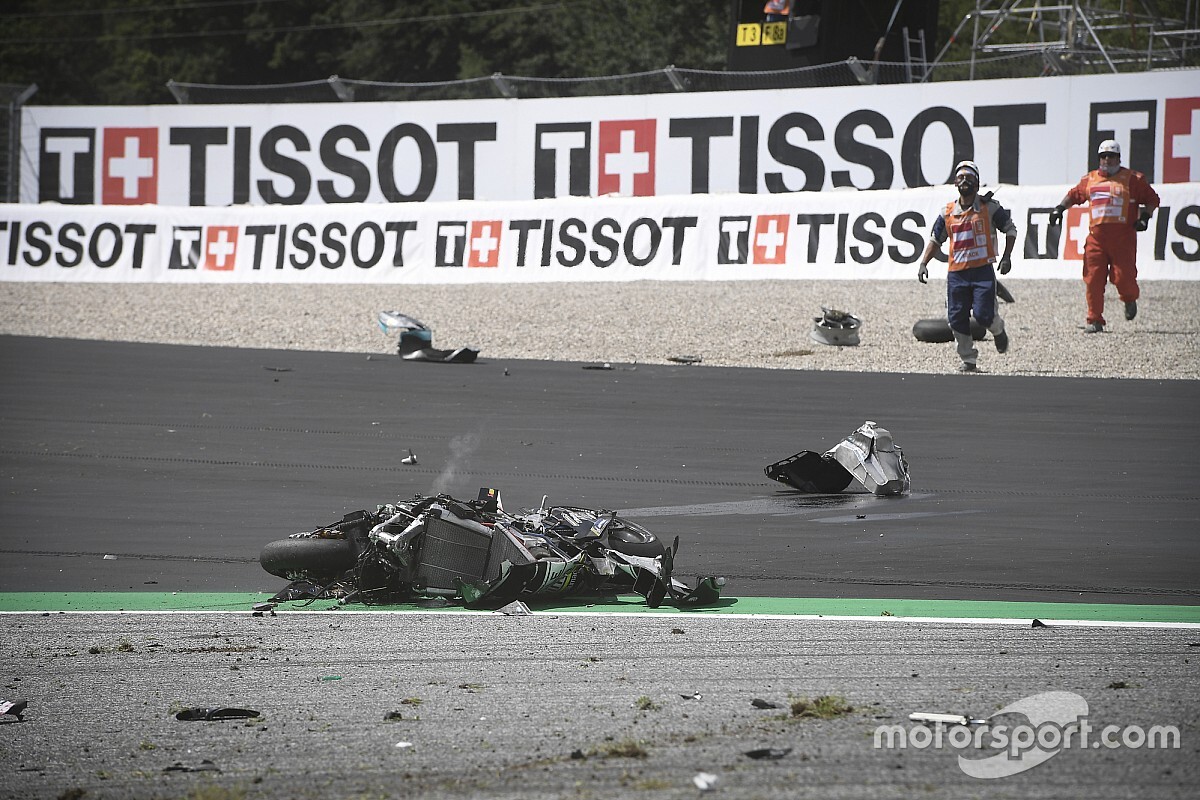 Morbidelli collided with Zarco at almost 200mph during the Austrian Grand Prix as the Avintia Ducati rider moved slightly off-line under braking on the run through the fast left kink at Turn 2.

Both were sent into the gravel at high speed, while Morbidelli’s bike slid straight into the path of the bikes ahead – with Valentino Rossi and Maverick Vinales narrowly avoiding being hit by the errant Petronas Yamaha.

Zarco’s bike was launched into the air after it collided with the air fence, with Vinales also lucky to avoid being hit by the airborne Ducati.

In response to this, MotoGP will extend the air fence on the outside of Turn 3 to create a block for the entire corner in a bid to avoid any potential repeat of last Sunday’s terrifying accident.

This was an idea put to some of the riders post-race on Sunday by the media, with LCR’s Cal Crutchlow highlighting the risks of extending the air fence.

"If you put a catch fence there, if you extend that catch fence, what happens if you run off track? The place is not safe," Crutchlow said last Sunday.

"Unfortunately, there's no way around [the Turn 3 problem] because the riders would say [if] you extend that there and you make a mistake... imagine in the wet?

"Just running off the track there or something like that and you're alone in the practice, you can potentially go across the grass, go straight, whatever.

"But if you put something there you ride straight into it. We're in a no-win situation unfortunately in regards to that.

Morbidelli and Zarco will attend a meeting with Race Direction on Thursday at the Red Bull Ring to discuss the accident.

The Petronas rider escaped injury from the scary off, but later took to social media to dismiss the notion that the collision was simply a racing incident, saying that “someone needs to pay” for it.

Rossi took to social media on Tuesday to acknowledge that Zarco did not intentionally move under braking – but once again reiterated the need for riders to be more wary and watch their aggression levels while racing.

Zarco’s participation in this weekend’s Styrian GP is unknown at present after he underwent surgery on a broken right scaphoid on Wednesday as a result of Sunday’s crash.