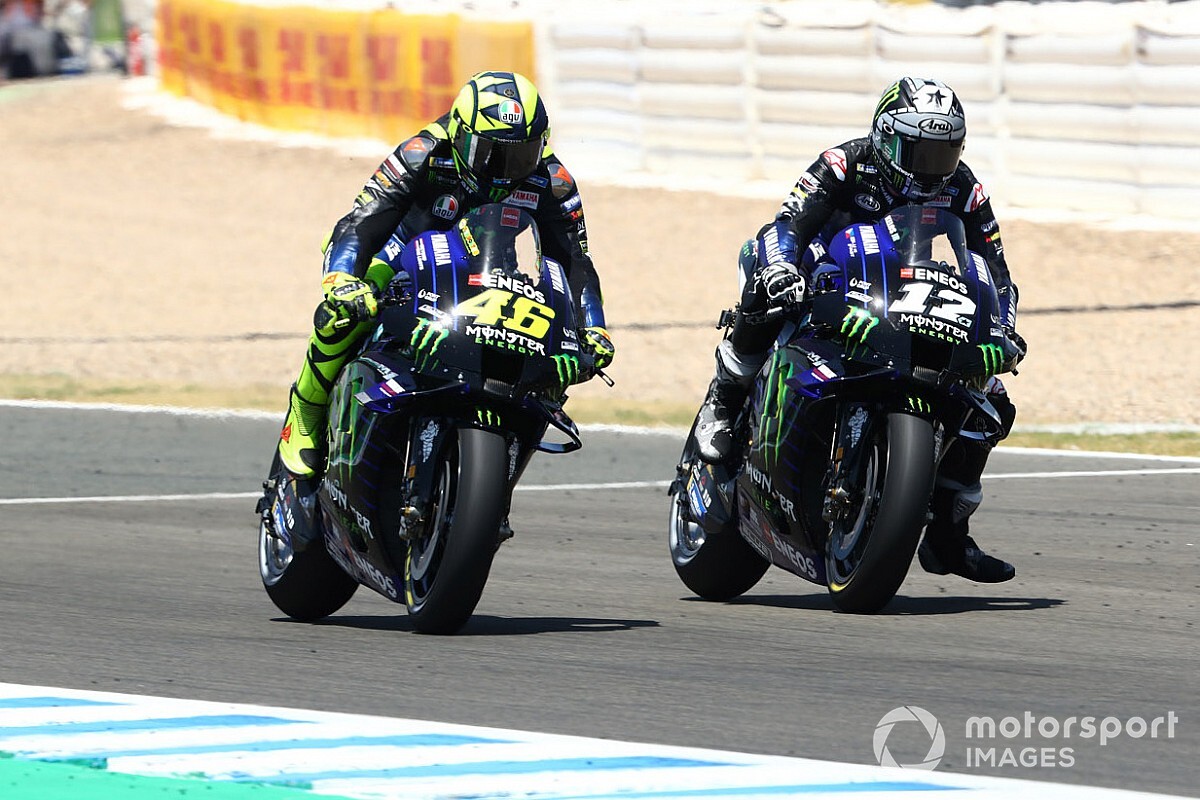 MotoGP legend Valentino Rossi admits his poor performance in the Spanish Grand Prix last weekend made him “worried” about his decision to continue in MotoGP in 2021, but his third place in Sunday’s Andalusian GP has made him far more positive about the future.

Although he is yet to sign a contract, nine-time grand prix world champion Rossi will join Petronas SRT Yamaha in place of factory team-bound Fabio Quartararo next season.

Rossi struggled across the first weekend at Jerez with tyre preservation and grip, and was 14 seconds behind eventual winner Quartararo in 10th before retiring with an engine issue.

Rossi secured his first podium since Austin 2019 by finishing third in the second Jerez race on Sunday, having made wholesale setup changes to his Yamaha.

“It was very special, because coming from last week, which was very frustrating,” he said. “But it wasn’t just last week, it was the majority of 2019, apart from the two podiums at the beginning of the season.

"I always have the same problem, sometimes worse, sometimes a little bit better, but I did some bad races.

“At the end, we don’t give up and from Friday morning we do something different and already from Lap 3 I feel better, I feel a better bike for me, a better position in the corner, something more for my style. We have a lot of work to do, we improved the bike but for sure this game is very difficult because there are a lot of riders that are so fast.

He added: “After the races like last week, or like Valencia or Aragon when we arrived very bad, we looked at our faces [in the garage] and we didn’t have the words.

"We said, ‘Maybe it’s time to stay at home.’ And because we already take the decision to race next year, I was also a little bit worried because I didn’t enjoy, I didn’t have fun when I rode the bike.

“And it’s very frustrating because I have the same problems for a long time.”

When asked by Motorsport.com if he had felt this way before, Rossi said: “Yes. When I raced with Ducati in 2011, 2012, I was not sure if I was at that level to continue. But I was very lucky because Yamaha take me back and gave me another 10 years of career, so it’s like this, for all the riders like this.

“When you don’t ride the bike like you want and you don’t make the results, it’s easy to think that it’s over, especially when you are old. So, this result is important also for this.”