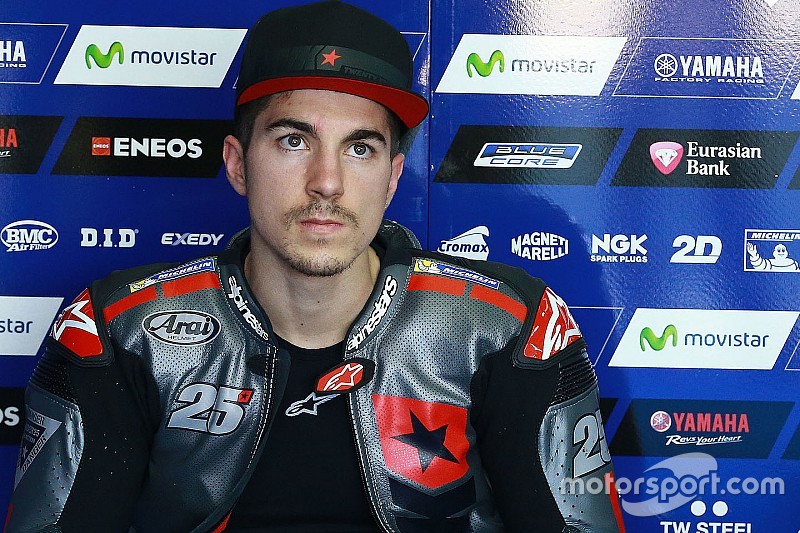 Maverick Vinales will make his debut as a works Yamaha rider next year alongside Valentino Rossi, taking the slot left open by Jorge Lorenzo, who believes his replacement will be capable of fighting for the title.

On November 15, Vinales rode for the first time the Yamaha M1 that had belonged to Lorenzo for the past nine months. With the 2016 M1 and with a standard set-up, the Catalan was quickest in the first pre-season test, surprising everybody.

That Vinales will be quick is something that everybody knows, but after the Valencia test and Yamaha's subsequent private Sepang test, Maverick is aiming much higher than just winning races.

Valentino Rossi, one of the few people who know what Vinales' times at Sepang were, made it clear over the weekend at Monza, during the Rally Show, that he considers his new teammate a threat.

As Vinales made his debut with Yamaha, Jorge Lorenzo made his with Ducati. The Spaniard is focused on his new bike and his new team, but during the opening of his new museum in Andorra last week, Motorsport.com had the chance to talk to him about his replacement at Yamaha.

Having won three titles on the M1, Lorenzo has more than enough leverage to offer advice to Vinales.

"Maverick doesn't need any advice because he knows how to win races," said the Majorcan. "I would tell him to focus on riding, because if he does that he will get better results than if he focuses on other things."

Lorenzo has no doubt that Vinales will take a step forward with his new team.

"Lately he was doing well already and was fighting for the podium regularly," he added. "With a superior bike, in theory he should be able to fight for them more often, and also for victories and for the title."

The Majorcan not only acknowledges the quality of his rival, but also compares him with three-time champion Marc Marquez.

"He had a promising start and he has a very similar talent to Marquez," said Lorenzo. "We'll see if he can turn that talent into results."