Yamaha MotoGP rider Maverick Vinales topped the warm-up for the Dutch TT by over three tenths of a second. 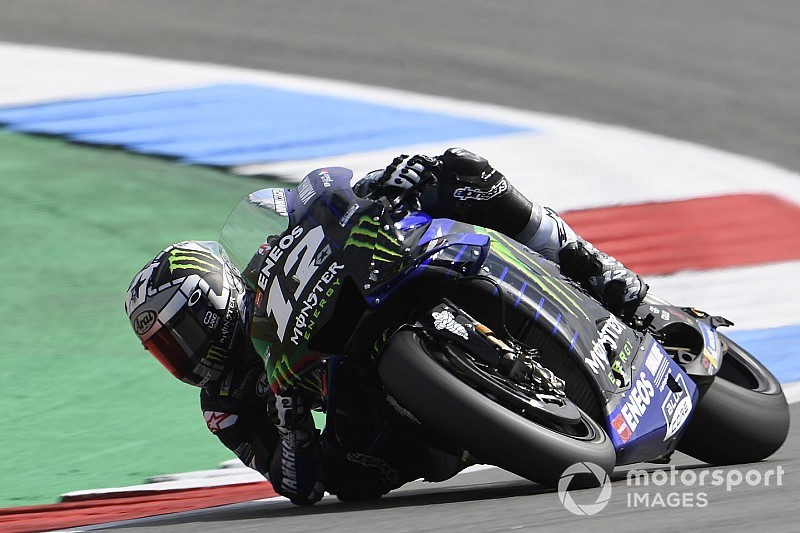 Vinales led from six minutes into the warm-up until the finish, improving on a couple of occasions in the process.

While the rest of the field couldn't go below the 1m34s barrier, Vinales first did it at halfway point.

Dovizioso narrowly beat pole-sitter Fabio Quartararo, while Marquez in fourth was over half a second slower than Vinales.

Suzuki's Rins was fifth ahead of Pol Espargaro, the KTM rider again impressing despite riding with an injured right wrist.

Takaaki Nakagami (LCR Honda) was Vinales' closest challenger in the opening minutes and was seventh in the end, followed by the factory Ducati of Danilo Petrucci.

Valentino Rossi made big changes to his Yamaha overnight but still was only 13th, 1.1s slower than his teammate.

Assen MotoGP - the race as it happened