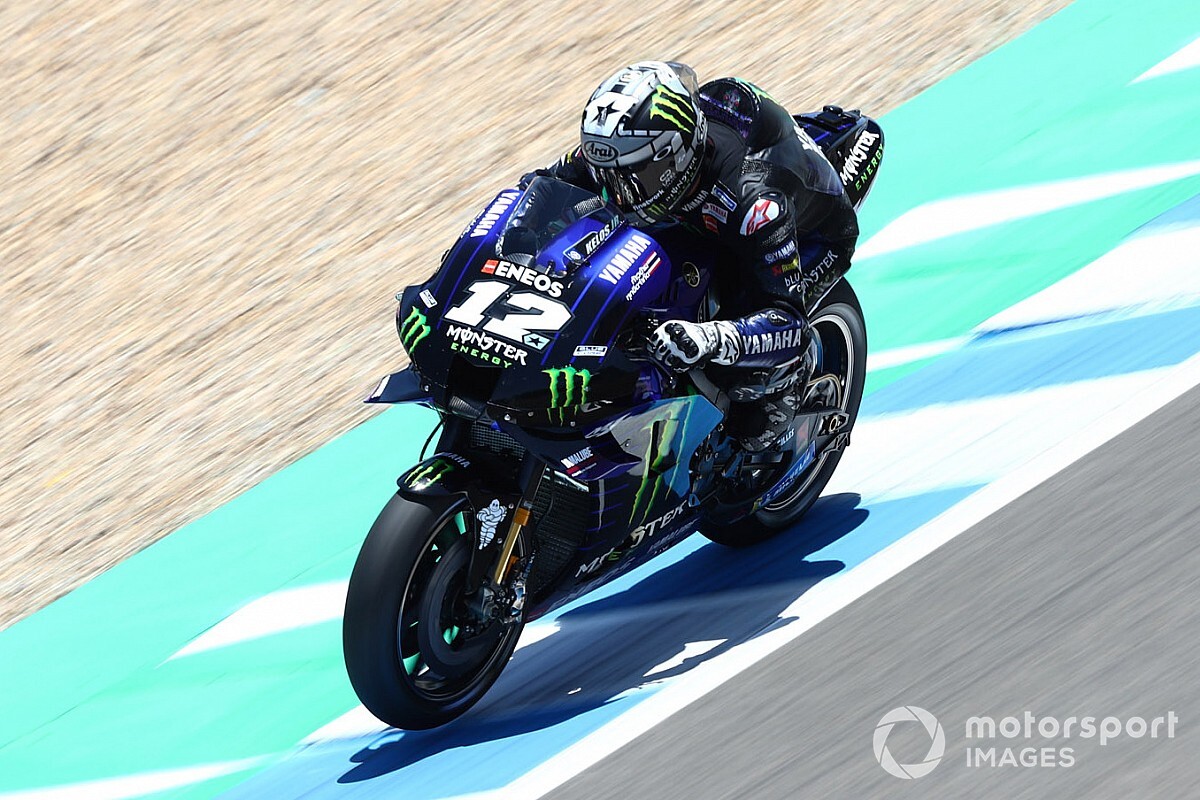 Two 90-minute test sessions were scheduled for Wednesday to give the riders time to readjust to MotoGP machinery having not ridden their bikes since the Qatar test at the end of February.

The second outing only got 10 minutes of running before the session was stopped owing to a power cut at the Jerez circuit.

A clean-up operation was also required on track, after Aleix Espargaro’s Aprilia leaked oil onto the circuit, which led to a fast crash for Ducati’s Danilo Petrucci at the Turn 11 right-hander.

Honda’s Alex Marquez also crashed at Turn 6 just prior to that. Both walked away unscathed, but Petrucci sat out the rest of the session following a precautionary check at the medical centre.

Pramac’s Jack Miller led the early laptime flurry with a 1m39.214s before the stoppage, with this morning’s pacesetter Marc Marquez shooting to the top of the standings with a 1m38.474s 10 minutes into the restart.

The Honda rider duly improved a 1m38.021s with just under 40 minutes remaining, before Petronas Yamaha’s Quartararo dipped underneath the benchmark from the morning in the final 20 minutes.

Quartararo fired in a 1m37.911s, which stood as the time to beat until the closing seven minutes, when Vinales edged ahead of his Yamaha stablemate with a 1m37.793s.

Quartararo held onto second spot ahead of Marquez, while the Suzuki duo of Alex Rins and Joan Mir rounded out the top five.

The sister Petronas Yamaha of Franco Morbidelli crashed at the final corner in the final moments of the session, but held onto 10th ahead of Miller, the recovering Andrea Dovizioso and top rookie Brad Binder.

After finishing third this morning, Valentino Rossi was a low-key 16th on the second factory team Yamaha, with Alex Marquez 19th on the factory Honda after his earlier fall.

The MotoGP thriller that will define a halcyon age