Vinales: 'It's impossible to enjoy riding when you're 12th'

Yamaha MotoGP rider Maverick Vinales admits he is finding it "impossible to enjoy" riding at the moment after his dismal run to 12th in the Austrian Grand Prix.

Vinales could only manage to qualify 11th on the grid at the Red Bull Ring, with that result combined with Valentino Rossi’s failure to escape Q1 prompting Yamaha project leader Kouji Tsuya to make a public apology to both of the team’s riders.

But while Rossi was able to recover to sixth in the race, Vinales once again went backwards in the early stages, slumping as low as 16th before finally finishing 12th – his joint worst-result since he joined Yamaha.

Addressing the media post-race, Vinales was at a loss to explain his problems and said he would turn his focus to the next race at Silverstone, where he won with Suzuki in 2016.

“Actually [worse] than usual,” said the Spaniard of his race. “There are problems there but I don't how to solve it. I tried with the riding style but is not possible.

“Impossible to enjoy. I mean, I don't enjoy seeing myself 12th. Honestly I just want to go to the next track that I really like, Silverstone, and just ride.”

Tsuya said on Saturday that he believed sensor problems “destroyed Maverick's concentration”, but the 23-year-old said this was the least of his worries.

“Actually looks like [it] was fixed, but [the bike was] not set up good on the track," said Vinales. "Anyway, we have much more problems than sensors, so we're gonna try the best in Silverstone.

On his aims for Silverstone, he simply added: “Actually to enjoy [myself] on the bike, no expectations and just trying to enjoy and ride better the Yamaha.” 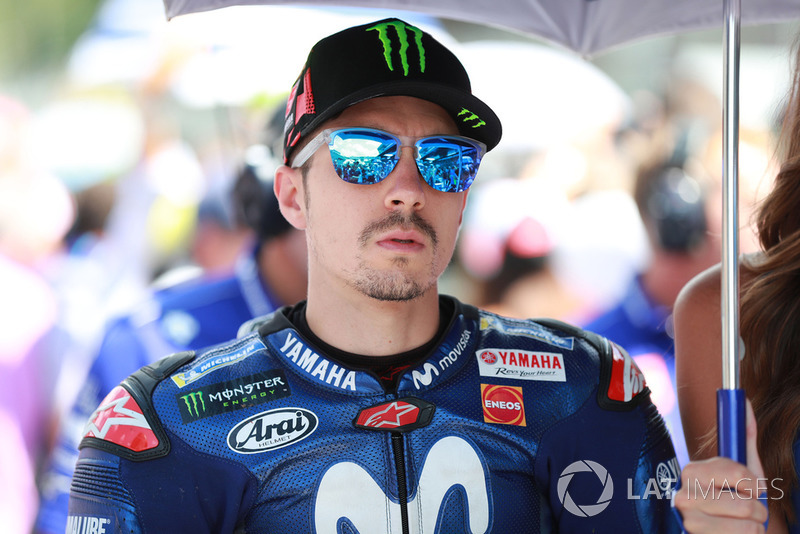 Vinales was forced to skip the most recent test at Brno after he hurt his shoulder in a crash on the opening lap of the Czech GP, having been caught up the melee triggered by Honda wildcard Stefan Bradl.

He will return to action on Sunday for a private test at Misano, but doesn’t expect to try any significant new parts.

“More than to try anything, to find again a good set-up is going to be the most important, because still there are many races this year and we have to do good results,” said Vinales.

Petrucci: Last 10 laps in Austria were a "nightmare"