Maverick Vinales says his MotoGP Spanish Grand Prix was a “survival race” owing to his gamble on the soft front tyre not paying off.

The Yamaha rider was one of only two riders – the other being teammate Valentino Rossi – to opt for the soft front tyre, while the rest of the field went with the hard owing to the scorching track temperatures.

Vinales got the holeshot off the line from second and tried to break away from the pack, hoping that doing so would allow him to safely ease off later on to conserve his rubber.

But the Spaniard started having moments on the front end early on and, by lap nine, he had lost the lead to Petronas Yamaha man and eventual winner Fabio Quartararo.

Asked if his front tyre choice cost him victory, second-placed Vinales responded: “Definitely. I think we had a good set-up, I pushed the first eight laps.

“The idea was to open a gap, but I had some mistakes first lap in corner eight, I nearly high-sided. And then lap eight, I think, at corner six I nearly lost the front, and then in the last corner. So I saw that the front was a big struggle today.

“Anyway, in safe mode, I think we were battling good, I didn’t let Jack [Miller] go a lot, trying to understand how to save the tyres, how to ride the bike especially with this slippery front tyre.

“I overtook Jack and I felt immediately good, so I started to hit good laptimes and I started to be fast again.

“The second place is good for us, today we make a survival race especially because of the front, but for sure that’s not an excuse.

Vinales struggled to keep up with Marc Marquez when the Honda came past on lap three, with the 2020 M1 still suffering from a lack of power compared to the RC213V.

With Marquez having been ruled out of this week’s second Jerez race due to a broken arm, and with the following three races taking place at power-dependent circuits at Brno and Red Bull Ring, the Andalusian GP could be a crucial race for Yamaha.

However, asked by Motorsport.com if he saw it this way, Vinales brushed off any concern, saying: "Last year was quite good, especially at Austria. Fabio was third, Valentino was fourth and I was fifth. So, was not a bad weekend for us.

“Here, when Marquez overtook me I saw many, many things that we have to improve on the bike, especially for the race. But I was able to recover all the gap in sector four, so there I was quite strong.

“Anyway, I understand very well where we need to improve and we’re going to work very hard this weekend to improve in that area. I was very excited because in the first laps I could give my maximum, and this is very important for us.” 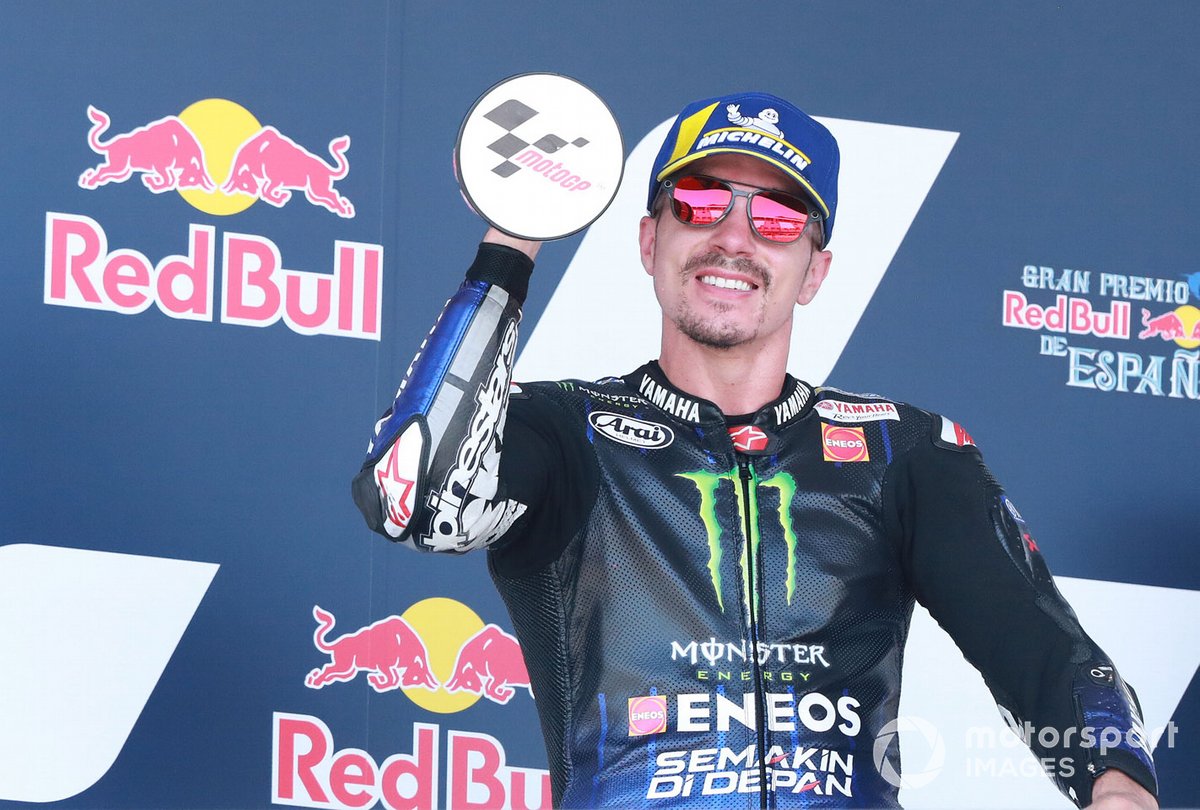 Why Marquez's MotoGP title defence isn't over yet