Yamaha's choice of engine specification for the 2019 MotoGP season has been "more or less decided" already, Valentino Rossi has said after the first day of pre-season testing at Sepang.

Team boss Lin Jarvis had described the Sepang test as "crucial" to Yamaha's 2019 hopes during Monday's team launch, as it marked the last realistic chance for the squad to try out different engine specifications.

However, addressing the media after Wednesday's running, Rossi and teammate Maverick Vinales both said they had only been working with one type of engine all day picked by Yamaha prior to the test.

Rossi ended the day sixth-fastest, four tenths off the pace established by Marc Marquez, while Vinales was third, a little over a tenth faster than the Italian.

"We only have one engine because Yamaha has decided this, and we are happy," said Rossi. "The engine is more or less decided, there are not too many doubts.

"The first day was quite positive because I have a good feeling with the bike from the beginning and also looks like with the used tyre, that is our weak point, we are not so bad.

"We tried something today that improved a little bit the performance but we still have to work because we are in a good way but we need a bit more."

Rossi highlighted also that he and Vinales have offered similar feedback regarding the issues the YZR-M1 still has.

"In Valencia, Jerez [post-season tests] we had small things [to try], not a lot," he said. "Here we have some bigger things and I am happy about the way, and especially when we spoke together with the engineers and also with Maverick, we are all in the same way.

"We are in agreement about the weak point of the bike. From this to fix, we have to work." 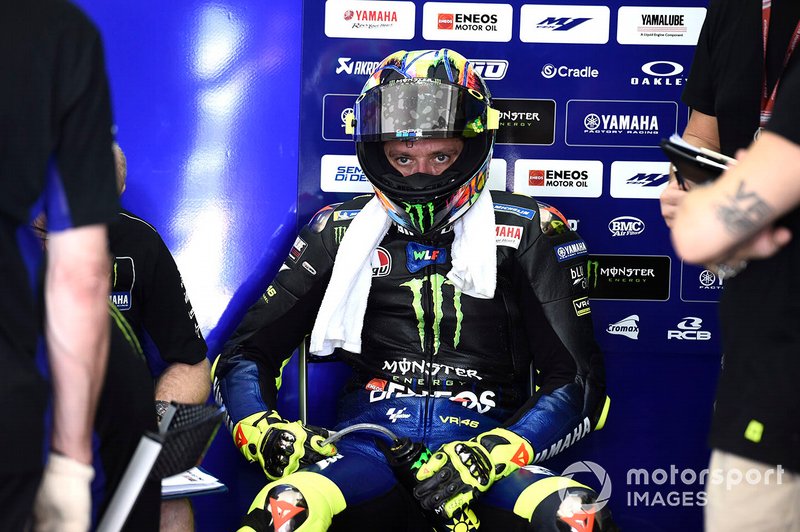 For his part, Vinales said he was generally happy with his day's work, although he pinpointed braking as one area he needs to work on for the remainder of the Sepang test, which concludes on Friday.

"Honestly I'm very satisfied about how the bike works, because finally after two months it works pretty [much] the same," said Vinales, who had said at Jerez last year he felt Yamaha already had a package capable of winning.

"Normally you come here and struggle to adapt to the bike, but I adapted quite fast and that's a good point. In Jerez, the grip was much higher than here, so that's the biggest difference.

"We need to still work a lot because the braking area still I miss a lot, a lot of laptime, so we need to keep working on that. Especially when I grab the brake, I have to [apply] a lot of pressure and the bike won't stop.

"Tomorrow we're going to try a different set-up because finally today we only tried the engine, so I could not make any set-up [changes], I had the same set-up as in Jerez.

"[We will] try to be better on the braking area, because at the moment I don't like it. I cannot make three laps with the same line. I have to play a lot with the bike, it is not good, I cannot be constant.

"So tomorrow we're going to try to solve that by [modifying] the set-up and then I think we have some new things on the chassis. Maybe a little bit more stiffness." 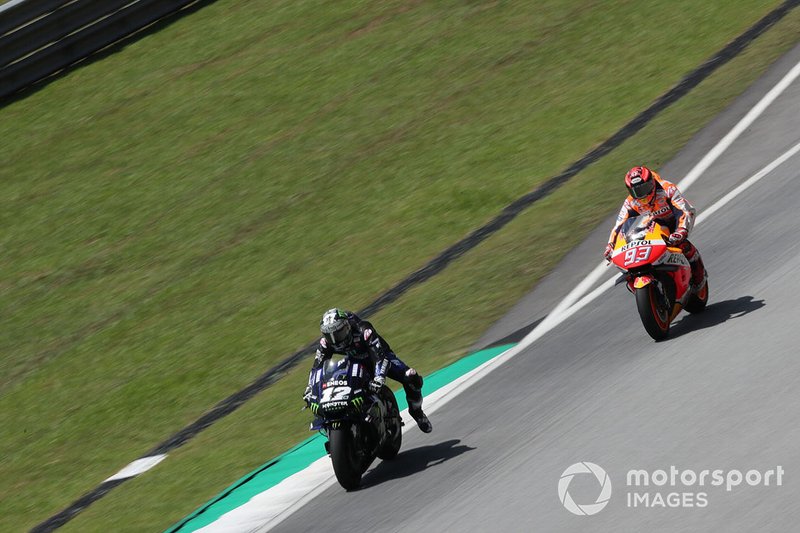 Vinales: You have to be "crazy" fighting Ducati riders