Yamaha can conclude its step forward in Thailand wasn’t just a one-off, believes Maverick Vinales after the opening day of MotoGP practice in Motegi. 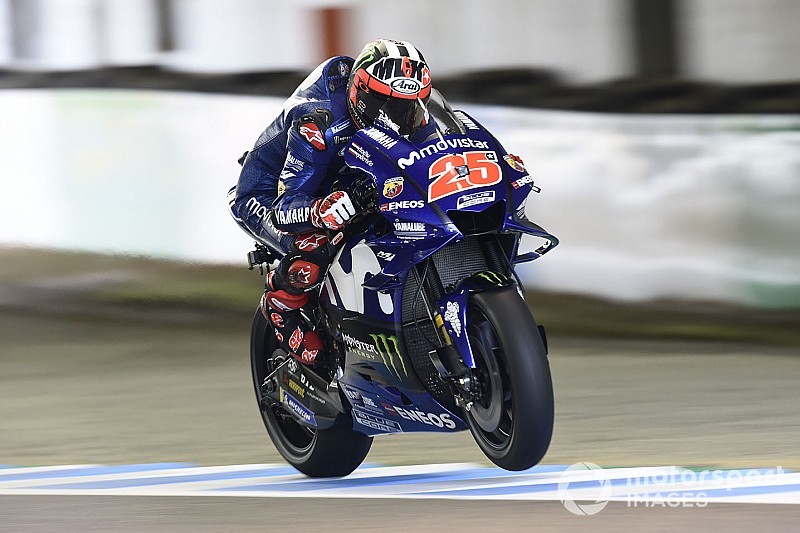 Vinales posted the fifth-fastest time of the first session in Japan on Friday morning, 0.282s off the pace of Ducati rider Andrea Dovizioso.

Rain prior to second practice rendered the session unrepresentative, with neither Vinales nor Rossi setting a laptime on slick tyres and ending up outside of the top 10.

But despite the disruption, Vinales said he felt FP1 provided enough evidence to suggest that Yamaha’s upturn in form in Thailand, where the two factory riders finished third and fourth, was no flash in the pan.

“We confirmed the good feelings of Thailand because I felt so much better,” said Vinales. “Once I adapted to the track everything went well.

“I’m very pleased with the step forward we did in Thailand and we have to continue like this. The step in Thailand was not just about the tyre.

“[The main change in Thailand] was the weight distribution. It was important to test even in the wet, I wanted to do laps to work on my feeling.”

Rossi, however, was more reserved in his judgement, saying track conditions in FP2 means Yamaha doesn’t have “a very clear idea of our performance level”.

He added: “I’m happy if he’s right, I like the optimism of Maverick. But I prefer to wait.

“FP2 is already an important session, but we didn’t do it [in dry conditions], difficult to understand. We wait tomorrow, we try to understand if we can be strong.”

Asked by Motorsport.com if he feels Vinales sometimes reads too much into one strong session, Rossi replied: “For me it’s [because he has a] different character, also he’s very young.

“With my experience I see things change a lot also in one weekend, also from Saturday to Sunday. It’s better to stay concentrated, but everyone has his own way.”

Both Yamaha riders made full use of running during the mixed conditions in FP2, staying on a wet tyre even after the track had become dry enough to run with slicks.

Rossi explained it was Yamaha’s plan to try a new setting in the afternoon and the worsening conditions didn’t affect the team’s plan.

“We tried some different setting for try to understand the way to save the tyre for the weekend,” said Rossi.

“For sure you have different feeling on the rain tyre, but we had a plan to try something in the afternoon and we decided anyway to do it.

“The feeling was quite good but we need to wait until we [can try it with] a dry tyre, because it could change everything.” 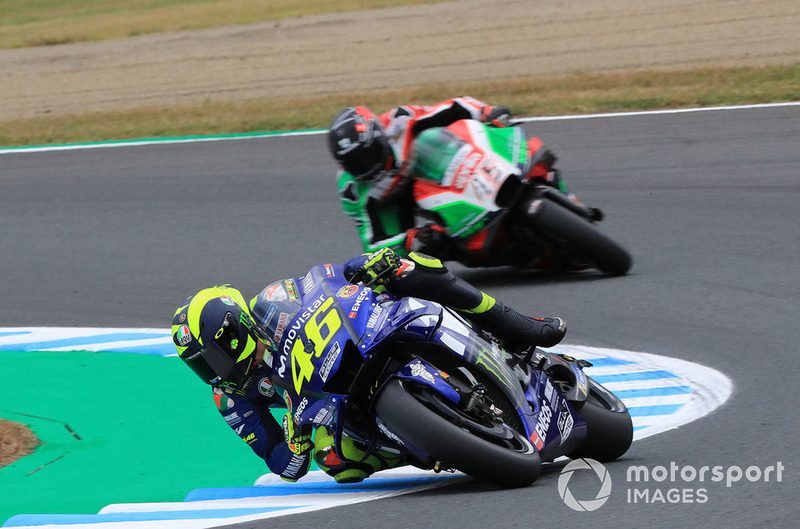 Lorenzo fears he won't recover in time for Phillip Island