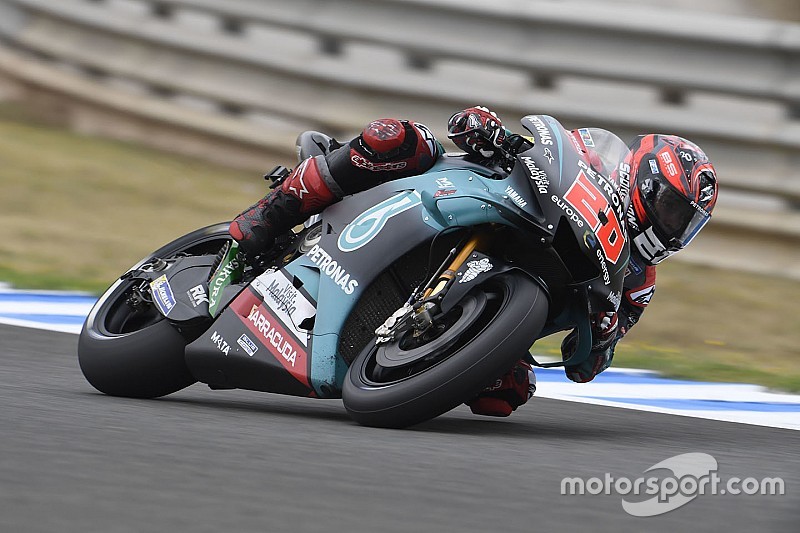 MotoGP manufacturer Yamaha will reduce the target mileage on the component that failed on Fabio Quartararo's Yamaha M1 bike in the Spanish Grand Prix.

Rookie Quartararo, who became MotoGP's youngest-ever pole-sitter the day prior to the race, was running a comfortable second and looked on course for a maiden premier-class podium when his bike became stuck in third gear.

It had later emerged that his Petronas SRT-run Yamaha was halted by a failure of the gearshift load cell, which is made up of two rods linked by a sensor and serves to detect when the rider is pushing the lever to change gears.

The rods used on MotoGP bike have traditionally been 6mm in diameter, and while most manufacturers have increased this to as much as 8mm, Yamaha has retained the same size.

It is understood that the manufacturer will re-evaluate this following Quartararo's failure, while also lowering the kilometres that the load cell is expected to complete within the bike before it is replaced.

After the race, Quartararo described the gearshift issue as "something really small that cost a lot".

"It goes to show that this is a sport where the mechanical side is crucial; you can be doing a great job and finally a problem can leave you with a zero by your name," said Petronas Yamaha team manager Wilco Zeelenberg.

"There is no one to blame because the whole team have done a great job and Fabio has shown throughout the weekend that he never stops learning and growing. These things happen."