Yamaha MotoGP team manager Massimo Meregalli says he is not worried about Valentino Rossi's showing in Qatar testing and is convinced the Italian will be fighting at the front this weekend.

Rossi concluded last month's Qatar test with the fifth-fastest time over the course of the three days, a little under half a second slower than factory Yamaha teammate Maverick Vinales.

The seven-time premier class champion also lagged behind Vinales over the longer runs at the Losail International Circuit, which hosts the opening round of the 2019 season on Sunday.

Describing the winter as a "very positive" one for the Yamaha team all round, Meregalli told Motorsport.com he expects Rossi to be fighting at the head of the pack along with Vinales in Qatar, despite not being able to challenge the Spaniard in testing.

Meregalli said of Rossi: "He hasn’t been that fast and hasn’t set very nice laptimes, but I’m not worried because, considering our previous experiences, we know that on Sundays at race time he’s in front.

"In any case, Maverick’s feedback about the bike is the same as Vale’s, although the Italian has complained about a lack of top speed. That is our bike’s negative point.

"Yamaha always tries to follow its rider’s instructions. If Maverick is happy with this package and Valentino prefers to take another way, Yamaha will try to find solutions to make Rossi feel comfortable.

"Valentino’s feedback has always been constructive. If we had to race today, I would bet on him being in front."

The Yamaha MotoGP squad has undergone many changes this winter, with the Iwata marque installing a new project leader - Takahiro Sumi - and handing more responsibility to its European base in Lesmo regarding the development of the M1 bike.

Meregalli said the arrival of Sumi has already had a positive impact inside the Yamaha pitbox.

"When we heard about the new project leader we thought nothing was going to change regarding the working method," admitted the Italian.

"But instead of that, Sumi has introduced a new way of working, both in the team and in Japan. Since he arrived, communication with riders and technicians is better.

"By identifying and admitting the weak points of our bike, he analysed the information and came to the conclusion that we didn’t have to design a new bike, but to improve our critical areas to take the maximum of the M1's potential.

"Everything he suggested to the riders was really welcome: to improve at the turns and allow them to accelerate earlier. That is the direction." 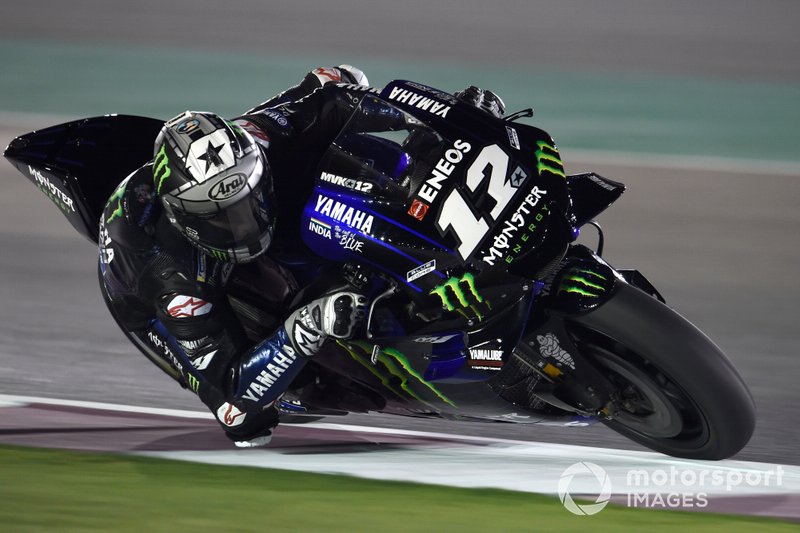 Miller: Petrucci and I test for Dovizioso