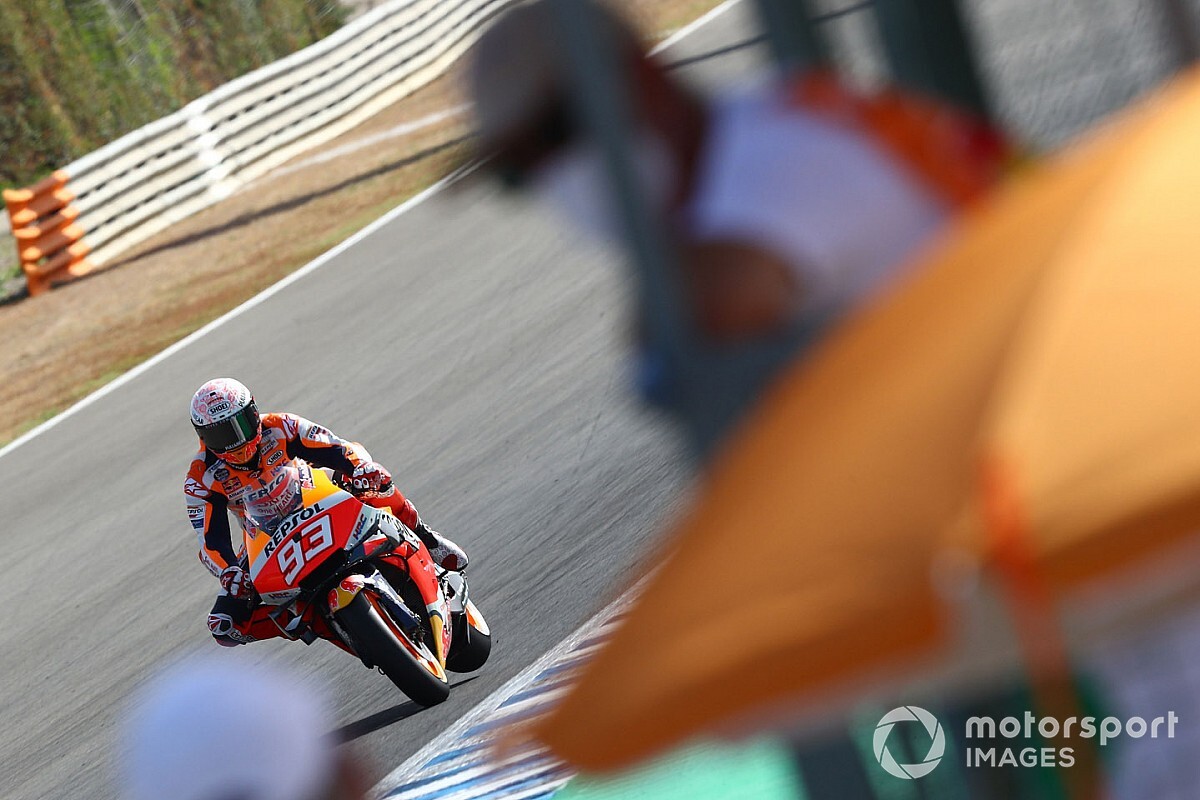 MotoGP has made a change to its yellow flag rules ahead of this weekend’s Andalusian Grand Prix at Jerez, following the events of the Spanish GP season opener at the same venue.

In FP3 on Saturday morning, Marc Marquez had a run-in with Alex Rins in the closing stages at Turn 3 and 4 after the Honda rider lifted off on the racing line while Rins was on a flying lap.

The incident was investigated, but Marquez was cleared of any wrongdoing as he was reacting to yellow flags in the sector for Iker Lecuona’s crash at Turn 2.

In qualifying, several riders – including poleman Fabio Quartararo – improved on their laptimes right at the end of the session despite crashes for Jack Miller and Rins at the fast Turn 11 right-hander.

This prompted a discussion over yellow flags to emerge again, with Quartararo's Petronas Yamahah teammate Franco Morbidelli revealing a meeting was held on Thursday where it was decided that the yellow flag rule needed altering.

From now on, a rider must slow regardless of whether a single or double waved yellow flag is being waved in a sector or face a penalty.

Commenting on the rule change, Morbidelli said: “The briefing was about increasing the safety. So the board decided to clarify and increase the rules on the yellow flags.

“So, from now on, when we see a single or double yellow flag – it doesn’t matter – we will have to slow down.

“I agree with this rule because it increases the safety. This is what the thing will be from now on for practice and for qualifying, and for racing it’s going to be the same as it always has been.”

He added: “Yes [Race Direction will monitor sector times]. You need to slow down, and they will check the sector times.

“And if you improve you will get a penalty, so this is the rule now.”

It is unclear what the penalty for failing to slow for yellow flags will be, though likely a grid drop for the race.

Explaining the FP3 incident further following qualifying last week, Marquez suggested the blame laid with Rins as the Honda rider “didn’t expect” anyone to still be on a lap at that point.

Aprilia’s Bradley Smith also felt there was a “question mark” over who should have been on pole last week after the late improvements while yellow flags were out at Turn 11.