Johann Zarco says that he accepts KTM boss Stefan Pierer's harsh words about him following the Spanish Grand Prix, as he admitted to having "lost control" at Jerez. 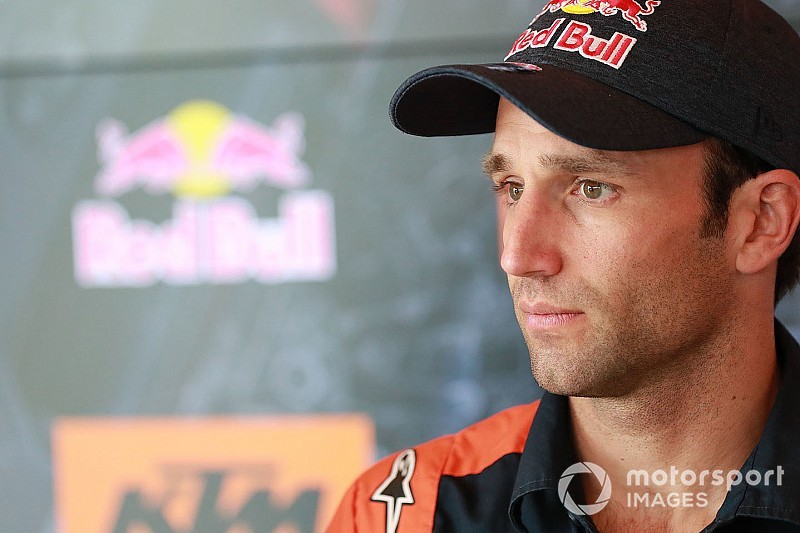 Zarco's weekend at Jerez started poorly with two crashes on Friday, and an irate, expletive-laden debrief from Zarco to the KTM engineering crew after one of his falls was shown on TV.

KTM CEO Pierer said after the Jerez weekend that Zarco's performance has been unacceptable and that his issues are mainly psychological.

When asked how he felt about Pierer's comments ahead of his home MotoGP round at Le Mans, Zarco said that he understood where the CEO was coming from.

"I understood why he said all of that," said Zarco, who didn't talk with Pierer afterwards, but said he'd had a constructive conversation with team boss Pit Beirer.

"It is also, I was a bit on fire on Friday after the crash and I did not say nice things about the bike that I must develop and I must accept the performance at the moment. I kind of lost some control in that moment.

"When the media came to him and tried to pick him with that because this is his money that we put in the project, he could only answer in that way.

"You also know how is Stefan, he has a strong character. You pick him, he answer you. It is maybe, I cannot say a good game, but it is part of the challenge.

"We know we have to be passionate and improve the project, we know it is going to take time but sometimes at the moment we can lose a little bit of control, so it did not give me pain, or sad, after this comment because I understood.

"Now it is going much better and I really hope and cross fingers that this weekend will be a good answer from all what we could read on the media last week."