Johann Zarco says a recurring arm-pump issue was exacerbated at Assen due to the KTM's aggressive nature, and was forced to retire from the MotoGP Dutch TT as a result.

Zarco was running inside the top 12 before issues with his led to him gradually dropping back, before he retired to the pits on lap 17 as he felt like he was “not holding the bike any more”, and feared crashing.

The KTM rider revealed he battled arm pump during his days on the Tech3 Yamaha, but says the nature of both the Assen track and the RC16 worsened the issue.

“It's a hard track for all the riders, because I got this problem [with my arm],” he said. “I was able to manage it the last two years, and I got more or less the same problem this year, but it was worse because the bike was moving [a lot], but the bike was moving in many places [on track].

“The good thing was. about this first 10 laps at least, [I was able] to have good pace, to be able to overtake and manage the bike well. But, I had to compensate too much [with my other arm which] destroyed me.

Zarco's fellow Frenchman Fabio Quartararo underwent surgery to correct arm-pump in his right arm last month in order to be fit enough for the demanding Assen, was third after qualifying on pole.

However, Zarco says he will not do the same as he feels it is “not the solution” to his woes, and will instead look at other ways to improve the situation.

“Not at all, I will not do any surgery, this is not the solution,” he added. “I never had this problem before and I'm not relaxed enough on the bike. So I will not do a surgery because I don't want to do this kind of operation.

“The worst thing for arm pump is motocross, and the top guys [there] are not having operations.

“Fabio did it, but he is younger and this is his choice. Me, I will not do that but I will improve myself and find a solution to be back on top without the surgery.”

Zarco's works teammate Pol Espargaro was nursing an injured wrist - the legacy of a Barcelona test crash - in Assen, but preserved his streak of finishing as the lead KTM rider in every race this season by taking 11th place.

"It was quite dangerous for me, so I just roll off and stay in that position, which it was not bad. Again first KTM, with problems, so this is good." 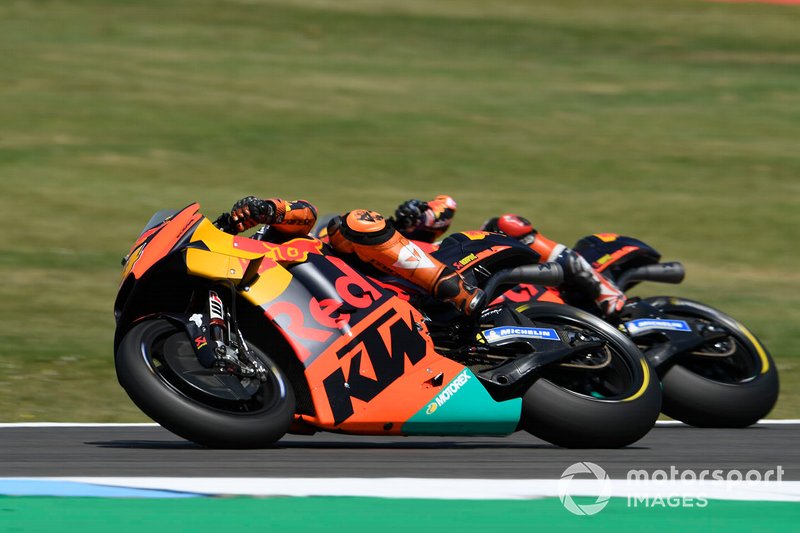