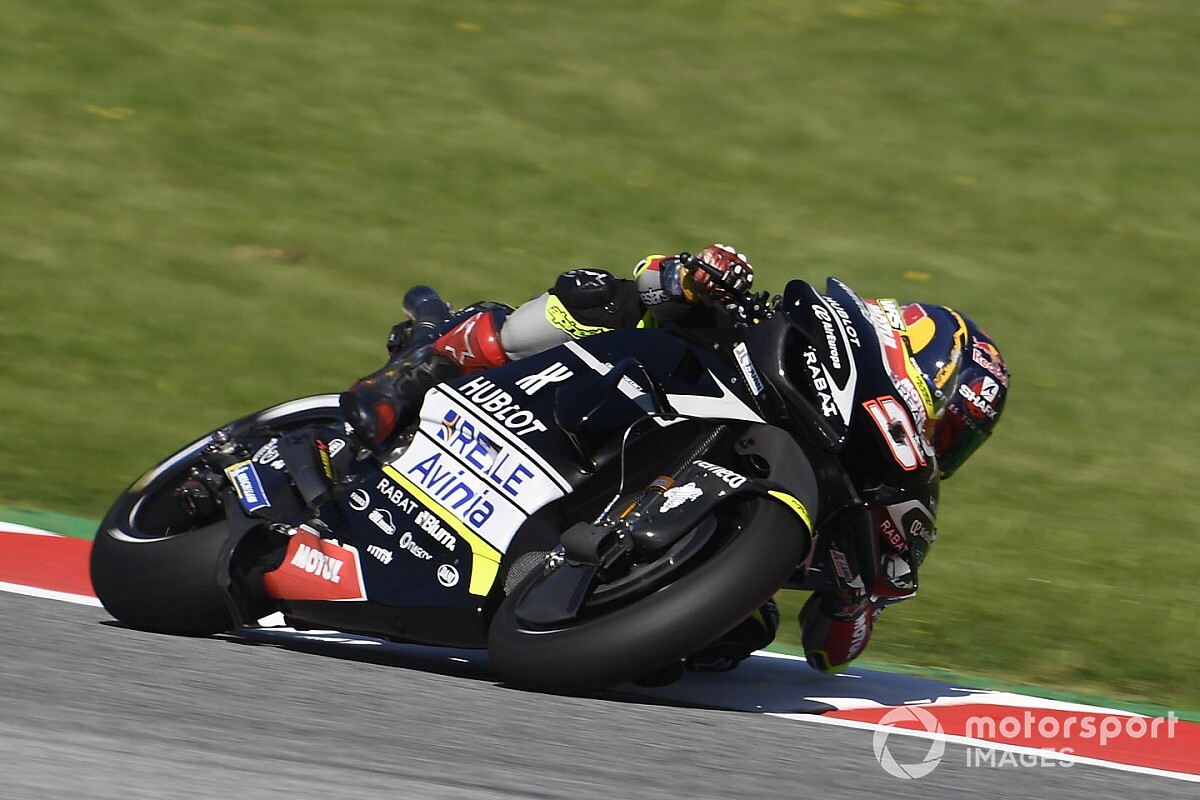 Johann Zarco thinks he's "ready" to step up to the factory Ducati team in 2021, but believes he needs to score more MotoGP podiums before being considered.

The double Moto2 world champion joined the Ducati fold for 2020 after signing a deal directly with it to join the satellite Avintia squad on a year-old Desmosedici.

This came after he quit his two-year works KTM deal halfway through last year, before finding refuge at LCR as Takaaki Nakagami's injury replacement for the last three races.

Zarco has since scored Avintia's first pole position and podium finish when he placed third in the Czech GP, while putting his GP19 third on the grid for the Styrian Grand Prix - although had to start from pitlane as punishment for his collision with Franco Morbidelli at the previous week's Austrian GP.

The Frenchman will remain a Ducati rider in 2021, though it is not clear yet where he will be placed, with a move to Pramac or remaining at Avintia with added support the likely options.

With Andrea Dovizioso leaving Ducati at the end of the year, Zarco is in the frame for a place alongside Jack Miller at the works squad - though he feels he needs to show he can fight for the podium on the Ducati more first before making that step.

"It's pretty good news that I know I can continue with Ducati next year," Zarco said.

"But they still need time to decide where to put the riders, and clearly the factory bike is always a dream bike.

"And with what I learned already from my experience in a factory team and the mistakes I did also, because I did a few mistakes, I think I would be ready to go [back] on the factory bike.

"But first of all I need to do more podiums and fight more for - not for victory - but be really constant, fighting for the podiums to deserve the factory bike.

"The Ducati team are losing Dovizioso, and they can have it with Jack, but if they have two riders able to fight for podiums, this would be the main thing.

"Clearly the dream is the factory bike but staying with Ducati is the main thing, because a few months before we were just thinking with the Avintia team, it would have been a very complicated year and we see that with the support of Ducati I am doing well.

"It's pretty good for the team and then me now I have the future a little bit more fixed, so I can only smile."

Zarco was critical of Avintia last November when rumours of him joining the squad first emerged, and he recently admitted he was still correct to have reservations about the team.

Also in the frame for the works Ducati seat is Pramac's Francesco Bagnaia, who has been offered a new two-year deal to remain within the Italian marque's ranks.

Ex-Ducati rider and three-time MotoGP champion Jorge Lorenzo has also been linked to the seat.

Ducati is set to make a decision on its full 2021 line-up ahead of next weekend's San Marino Grand Prix.