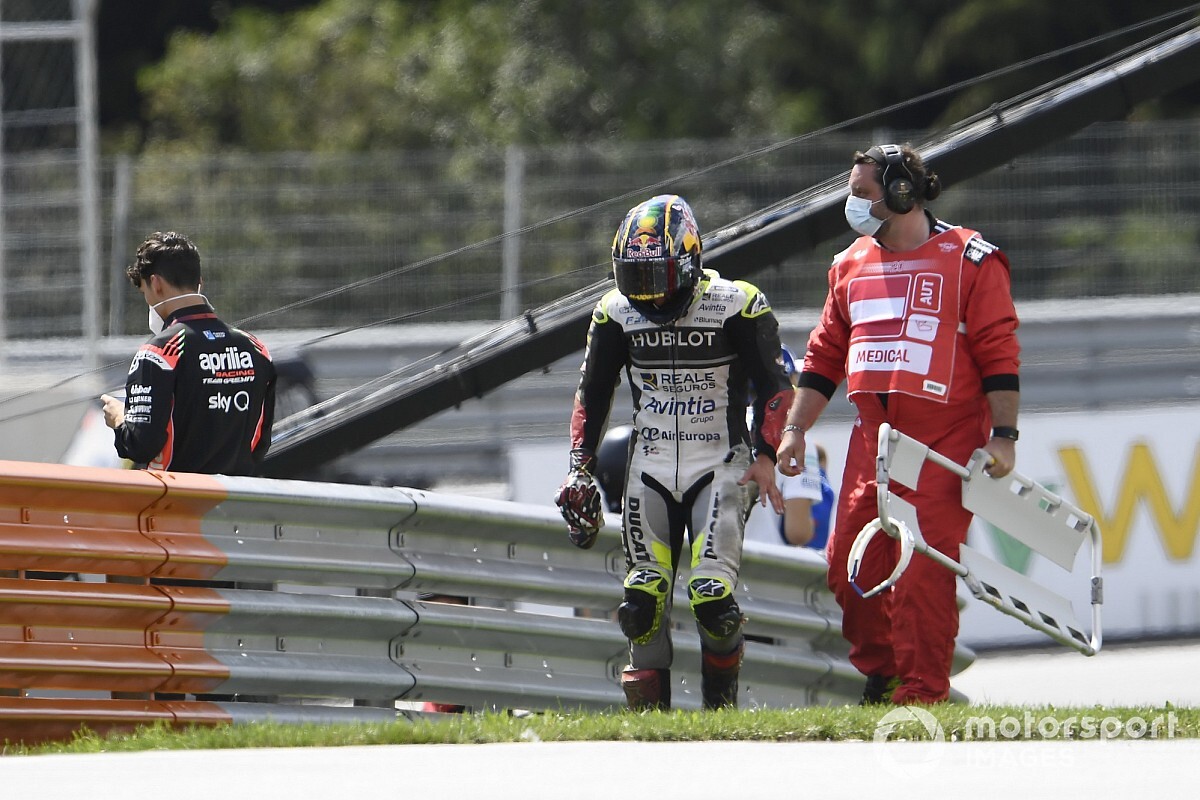 Johann Zarco will undergo surgery on Wednesday after a fracture in his wrist was discovered on Monday following his horror MotoGP Austrian Grand Prix shunt.

The Avintia Ducati rider was involved in a high-speed collision with Franco Morbidelli on lap nine of Sunday’s Austrian GP, after the Petronas Yamaha rider hit the back on the Frenchman under braking through the Turn 2 kink into Turn 3.

Both riders walked away from the frightening incident, with it thought they’d escaped with just scrapes and bruises.

However, checks on Monday revealed Zarco had actually fractured the scaphoid in his right wrist and will have an operation on it in Italy on Wednesday.

Zarco still intends to ride in this weekend’s Styrian GP at the Red Bull Ring.

“It's a classic procedure, with the placement of a screw to fix the broken bone,” Zarco told L’Equipe.

“I will be back in Austria on Thursday morning for a medical check-up to see whether or not I am able to ride this weekend for the second race organised at the Red Bull Ring.”

The incident between Morbidelli and Zarco caused a stir in the paddock, with many pointing the finger at the Avintia rider for taking an unusual line under braking at that point.

Zarco denies he moved deliberately on Morbidelli, and explained this to Valentino Rossi on Sunday after the Italian made strong comments about the incident to television.

No punishment was awarded for the crash, which was deemed a racing incident, but Morbidelli believes this is not correct.

The Italian branded Zarco “half a killer” on Sunday and said what the Avintia rider did showed “little love” for both riders.

The FIM Stewards are expected to quiz Zarco on the incident ahead of the second Red Bull Ring race this weekend.

The safety of Turns 2 and 3 has also been called into question by some, while Rossi believes riders in all classes now need to rein in the aggression levels seen in races.