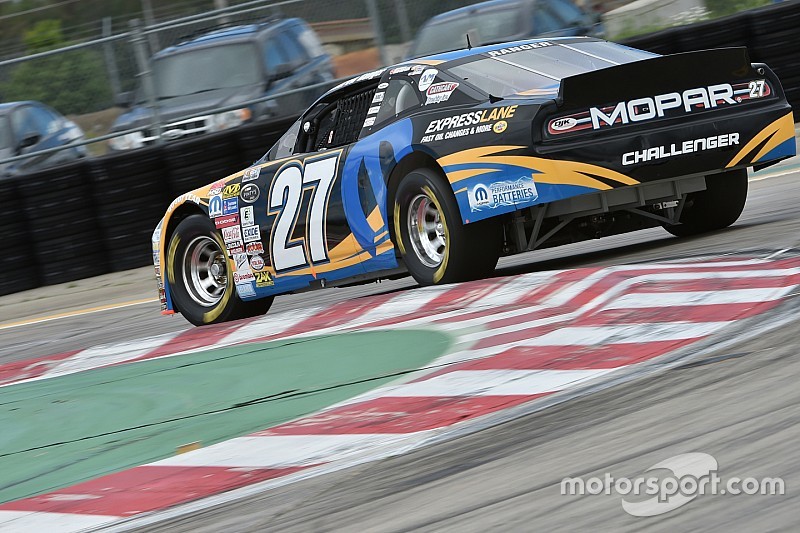 Andrew Ranger captured victory on Sunday at the Ecko Unlimited 100, Round 4 of the 2016 NASCAR Pinty’s held at Circuit ICAR in Mirabel.

The field completed the two parade laps behind the safety car. At the green, Labbé jumps into the lead, followed by Ranger and Lacroix.

Patrick Dussault (No. 71) is penalised for having moved out of position at the start. At the beginning of lap 2, Ranger moves ahead of Labbé in Corner 1.

Arseneau is fourth followed by Tagliani. But one lap later, on lap 5, they trade places. On lap 7, Jason Hathaway re-joins the fray after long repairs in the pit lane.

At mid-race, Ranger is still first, closely followed by Labbé. In third place, Lacroix has lost a bit of time on the leaders. Behind them, Tagliani, Arseneau and Klutt are running together. Further back, young points’ leader Cayden Lapcevich is battling fiercely against Anthony Simone.

On lap 10, Labbé is running right on the back bumper of Ranger as they go through the hairpin. Moment later, the race goes under full course yellow for debris in corner 1.

At the restart, there’s a lot of pushing and shoving at the hairpin. Ranger powers in front while Labbé keeps Lacroix behind him.

D.J. Kennington crossed the line in fourth place ahead of Arseneau, Tagliani, Gary Klutt, Cayden Lapcevich, Jean-François Dumoulin and Patrick Dussault who drove a strong race after his penalty.

Labbe beats Ranger and Lacroix to pole at ICAR