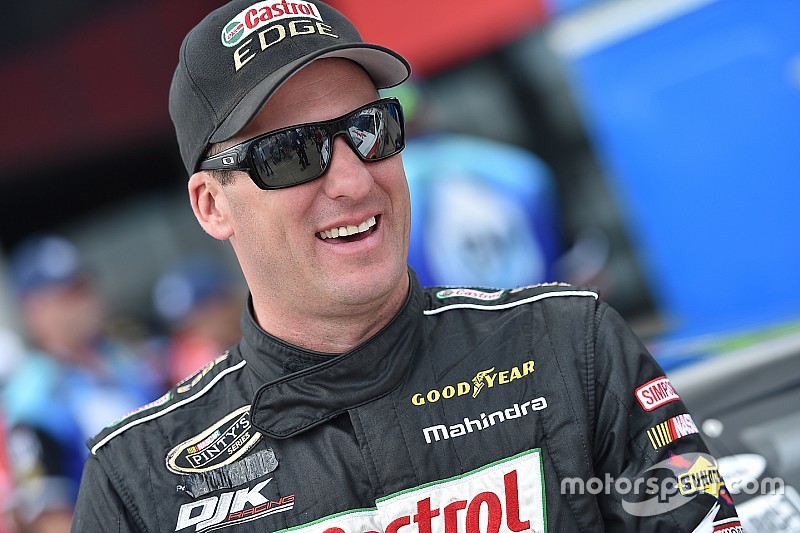 Each week Motorsport.com will feature a driver, crew member or car owner from NASCAR's only sanctioned touring series in Canada.

How long have you been racing and what was the first race you competed in and what kind of car did you drive?

I started when I was four in go-karts at a local track near my house.

How long have you been competing in the NASCAR Pinty's Series?

Since it’s inception. I’m proud to be the only driver that has started every NASCAR Pinty’s Series race since NASCAR began sanctioning the series. I don’t know if it means I’m the longest going or the one too silly to retire (laughing).

What made you decide to compete in the NPS?

It’s the best stock racing series in Canada and it’s been my home for many years. I just love racing here.

What makes being a part of the NPS special to you?

I love that its our homeland series here in Canada and you can’t get any higher in racing in Canada than in the NASCAR Pinty’s Series.

How have your fans responded to you being a part of NASCAR in Canada?

It’s been awesome and I think that was proven when we got to go run and qualify for the Daytona 500 earlier this year. The following and support we had from Canada and the race fans just proved what great race fans and people we have here in Canada.

What or where is your favorite track on the schedule?

Riverside Nova Scotia. They call it a mini Bristol and its really fast and fun track to race on. They do a great job with the track and the fans come out and support the track and we always have great races there.

Do you have any hobbies outside of racing?

Don’t have time for any (laughing). Spend time with my family and play a little hockey in the winter. I do try to play golf once or twice a year.

If you weren't a race car driver, what do you think you would do instead of racing for a career?

Man I don’t know, racing is all I know. I guess I would have made some more time for my hockey career. Just happy to be a family man and spending time with my wife and my kids.

Who has been the biggest influence in your life and/or racing career?

My dad Doug Kennington is my hero, my best friend and everything to me in my racing career. Also, just last week it was 24 years since Davey Allison passed away and I always followed him and Larry McReynolds and I always modeled my racing career after him and the way he did things. I admired him too as a racer.

Tell me something about you that would surprise your fans?

I’m very emotional and maybe they see that sometimes the wrong way on the race track. I’m a softie and my wife would tell you that for sure. My kids have me wrapped around their fingers. My daughter Sydney (19 months) and son Chase (4) are everything to Jai and I. All Sydney has to do is smile at me and she gets anything she wants.