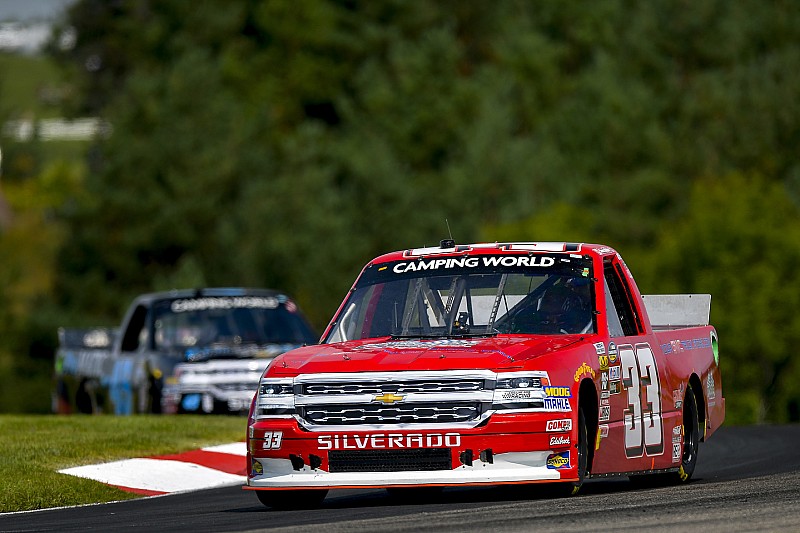 It appears DJ Kennington will not be the only Pinty’s Series driver competing this month at Daytona International Speedway.

Jason White, who has competed every year in the series since NASCAR began sanctioning the series in 2007, will compete in the ARCA Racing Series opener and six days later he’ll make his third start in the Gander Outdoors Truck Series.

Understandably the Sun Peaks, British Columbia native is ready for this new opportunity on the 2.5-mile speedway.

White made his first NASCAR national series start last year in the GONTS at Canadian Tire Motorsport Park and his second at at ISM Raceway in Phoenix last November.

White has already made laps at Daytona participating in the annual offseason ARCA test last month.

“It was important to get a feel of the track before trying the race,” said White. “The first time you drive along the banking is something else. The test went really well.

“We learned a lot that will help us be ready to compete when we hit the track (later) this week.”

After the ARCA Racing Series event on Saturday, White will remain in Daytona to drive the No. 34 truck for Reaume Brothers Racing - the same team he’s driven for in his two previous truck series starts - in the season opener next Friday night.

“I had an immediate chemistry with (team owner and crew chief) Josh (Reaume) when we did our first race together last year,” White added. “Having his experience for both of these Daytona races is going to allow us to learn and improve at a quicker pace.”

White is realistic in his goals when he makes his first start at Daytona International Speedway.

(My) first goal is to finish (the race),” said White. “I want to be respectful of drivers running for a championship and we’re looking to improve every time we hit the track.”

Rob Zimmer, a long-time friend of White’s and owner of Zimmer Auto Group is teaming up with the 45 year-old driver.

“Rob and I go back a long way and it’s even more special to continue the relationship as we debut at Daytona. I can’t think him enough.”

White will join Kennington from the Pinty’s Series as well as Kennington will compete in the NASCAR Xfinity Series season opener on Saturday, February 16th.