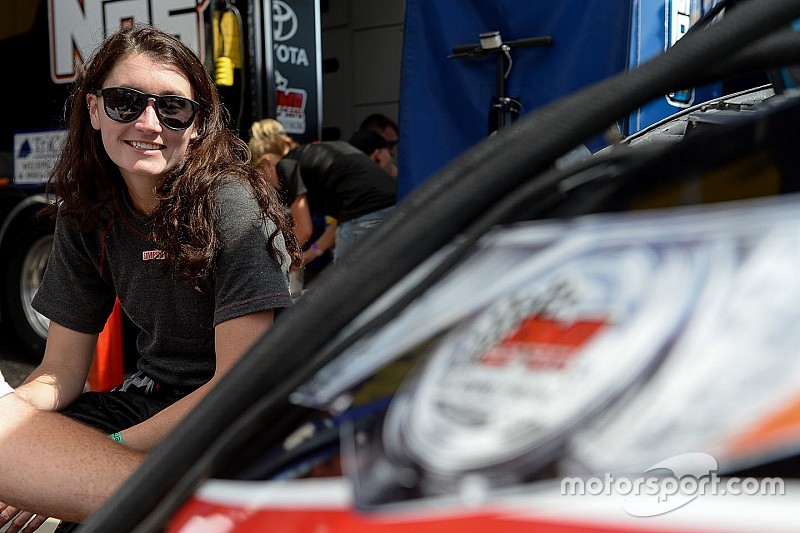 Former NASCAR Next driver Julia Landauer will make her 2018 NASCAR debut in Canada later this summer.

“I can’t wait to get back behind the wheel! I am so grateful to Joey McColm and CBRT for believing in me and giving me this opportunity,” Landauer said. “It means a lot to have a team show this kind of investment in me and I am thrilled I get the chance to get back on track, learn a new car, and try to win some races.”

The three events Landauer is slated to compete in are Riverside International Speedway in Nova Scotia on Aug. 18, Canadian Tire Motorsports Park outside of Toronto on Aug. 26, and the third and final start will be at Quebec’s Autodrome St. Eustache on Sept. 8.

“I met Julia a year ago and knew that we had to figure out a way to have her drive one of our CBRT cars. She’s a proven winner on the track, she’s very competitive, and has a great work ethic. Add in her marketability and there’s a clear and natural fit with our race organization and partners,” said McColm.

Landauer won the 2015 NASCAR Whelen All-American Series Limited Late Model Championship at Motor Mile Speedway in Radford, Va., then advanced to the NASCAR K&N Pro Series West in 2016, where she finished fourth in the final championship standings, the highest finish for a female in the series’ 64-year history. She competed in the K&N Pro Series West again in 2017.

“We have been working really hard since the 2017 season to line up partners so I could go racing in 2018,” Landauer said. “Unfortunately, we weren’t able to before the start of the 2018 season, so it’s been a bit of a rollercoaster figuring out when I’d get back on track. I couldn’t be happier to see our perseverance start to pay off.”

Landauer will be driving the No. 1 Dodge Challenger. McColm will serve as crew chief for at least two of the races. Eric Holmes, three-time NASCAR K&N Pro Series West champion and Landauer’s spotter in 2016, will return as spotter.