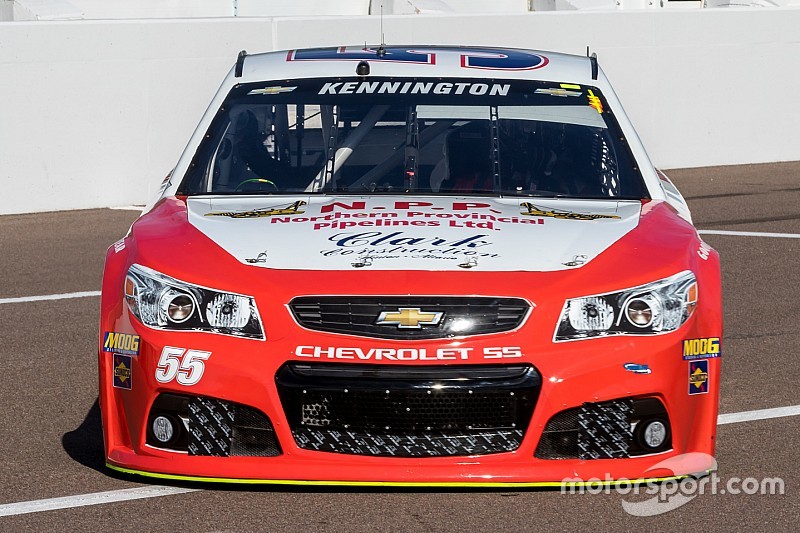 This past weekend at Phoenix International Raceway featured five Canadian drivers attempting to qualify for races in all three of NASCAR’s national divisions.

Four of the five drivers qualified for their respective events with Cameron Hayley leading the group continuing his solid season in the NASCAR Camping World Truck Series finishing fourth in the Lucas Oil 150.

Kennington followed up with a respectable 35th-place finish in the Can-Am 500 running at the end and finishing ahead of Martin Truex Jr. and Austin Dillon who both qualified for The Chase for the Sprint Cup this season.

He also finished ahead of Jimmie Johnson who will go after his seventh NASCAR Sprint Cup Series title this Sunday at Homestead-Miami Speedway.

Alex Labbe qualified for the race on Saturday in his first attempt to make a national series event finishing 23rd three laps down in his first of five scheduled NXS starts over the next year.

NASCAR K&N Pro Series East competitor Dominique qualified for her first start in the NCWTS race and was involved in an accident finishing 31st after qualifying for the event in the top 25.

Dexter Stacy failed to qualify for the NXS event.

Kennington and Labbe plan on competing for the 2017 NASCAR Pinty’s Series championship with Hayley slated to finish the 2016 NASCAR Camping World Truck Series season this Friday at Homestead-Miami Speedway.