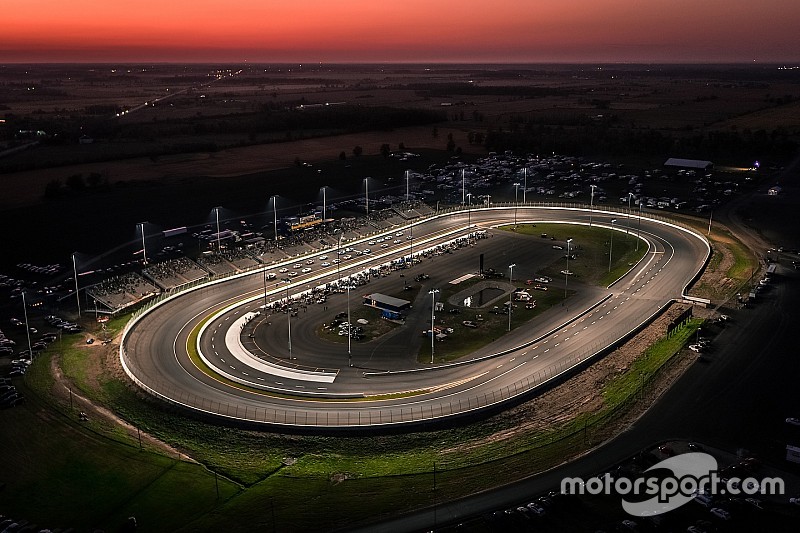 Building on the success of the reopening of the historic facility last fall, Canada’s ‘Crown Jewel’ to host five weekends of racing action this year.

Second-year Jukasa Motor Speedway General Manager Alex Nagy is ready to welcome competitors and fans back to the track this season with new events and returning successful events from last season.

“Although there is always potential for another date to be added we felt it was important to get these dates out so competitors and fans can plan their 2018 race season. We have received several requests for different types of cars that our fans would like to see at JMS and we hope this checks off boxes on their wish list”, said Nagy.

The 2018 campaign will kick off with events held in back-to-back weekends in June.

“We will kick off our season on June 16th with the first oval race of the year for the NASCAR Pinty’s Series with a 200-lap race along with the hugely competitive and fast growing OSCAAR Modified Series,” added Nagy. “The Pinty’s series finale held here in 2017 had an incredible finish and there is no doubt this will be just as exciting and our fans will also be impressed with the talent that will be here in the Pinty’s Series and the OSCAAR Modified Series.”

“The next weekend we’ll host the ‘King of The Wing’ National Sprint Car Series,” Nagy said. “These winged sprint 410 cars are going to be unbelievable on the big 5/8th mile oval. Support classes are TBA.”

The next event on the schedule will be on July 14 with the return of the ultrafast International Super Modified Association for the Queenston Chevrolet 50 lap along with the ROC Modified Series.

“It (Modified races) will be one of the most exciting open wheel events you will see anywhere,” said Nagy.

Building on the success of the track’s re-opening weekend event in 2017, the APC Late Model Series returns to the track in September.

Also during the weekend on Sept. 2-3 will be the second portion of the weekend with a Super Stock 50 lap Invitational and a $25,000 to win Pro Late Model race which will be one of the richest short track races in North America.

“We expect that all four races will attract the best drivers and teams from coast to coast in Canada and the USA,” added Nagy. “We’ll have more details to come in the future regarding this huge weekend.”

Jukasa Motor Speedway will become just the third track on the 2018 schedule to host a pair of NASCAR Pinty’s Series races when the series returns on Sept. 29 for the Pinty’s Fall Brawl Series Finale where the series champion will be crowned once again.

Also joining the NASCAR Touring Series will be the Limited Late Models – which put on very competitive race last year.

“This event was one of the best races of the year with an incredible finish and we don’t expect 2018 will be any different,” said Nagy. “We’re very happy to welcome such a diverse group of sanctioning bodies and local classes to Jukasa in 2018. Having all these groups definitely enhance our racing program and provide our fans with a nice variety. We are excited to get going and look forward to seeing everyone during the 2018 season.”

Specific event information such as ticket sales, start times etc. will be announced in the coming months.

Note: Schedule is tentative and subject to change

David Thorndyke to drive a Camaro in 2018