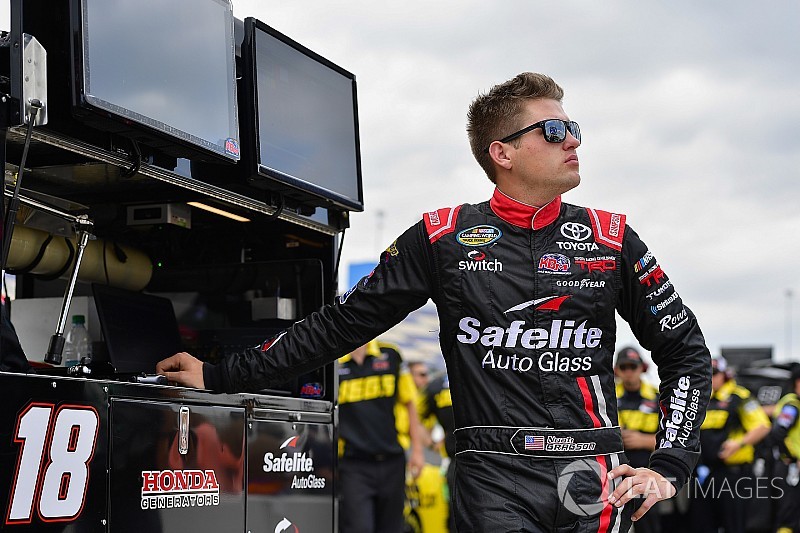 Gragson finished second last year in his first NASCAR trucks start at the 10-turn road course located outside of Toronto and he hopes racing in Sunday’s Pinty’s Series season opener on Sunday will help him move up one more spot this August.

Gragson, who won the Truck race at Kansas nearly two weeks ago, was seventh fastest in practice and will start 13th in Sunday’s Clarington 200 after fog and rain forced NASCAR officials to cancel qualifying.

“The only thing were using this race for is to get me some more experience (on the road course),” said Gragson. “I finished second in the Truck race here last year and I feel like I need to sharpen up a couple of things with myself on this track.”

Gragson partnered up with a pair of Pinty’s Series champions to help prepare his car and get ready for his first race in the Canadian series.

“Obviously learning from racing with my teammates D.J. Kennington and Andrew Ranger is going to help me alot,” said Gragson. “Racing against these fast guys will help me.”

Gragson also added that he felt competing in a race would help him more than just trying to practice on a course.

“You can make laps (in practice) all day long, but until you are racing against guys who have thousands of laps in these cars around here and know all the tips and tricks, you really can’t learn as much just making laps,” said Gragson. “I can learn alot from them.”

Gragson already has scored one win and captured a pair of pole awards this season in his No. 18 Kyle Busch Motorsports Toyota and hopes making the trip to Canada after finishing eighth at Charlotte Motor Speedway on Friday night will pay dividends come August.

“Using this weekend is a good pre-race prep for me when I come back here later this year,” added Gragson. “I know I’ll learn a lot from DJ and Andrew and I plan on running well and taking good notes from this weekend.”

Lorenzo has no choice but to "accept" current speed