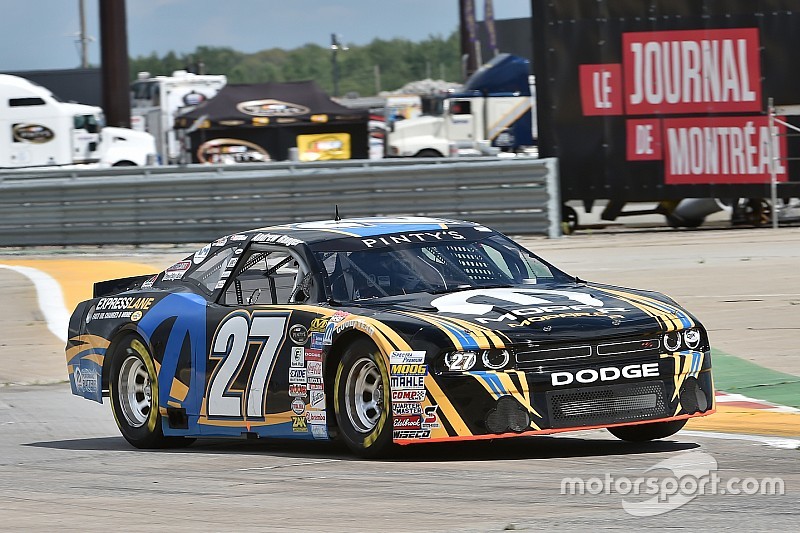 With his winless streak extending to nearly a year, the drought is not lost on the 30-year-old Roxton Pond, Quebec native.

Currently in the third longest dry spell of his NPS career, having run 11 races since he visited Victory Lane, Ranger hopes to turn things around in the CIRCUIT ICAR this Saturday for the Ecko Unlimited 75.

“I love racing at ICAR and have had a lot of success there in the past,” said Ranger. “The course is at an old airport so the course is slick and your car slides around a lot. I like to drive a loose race car so it fits my driving style and I think that’s why I’ve been fortunate enough to get some wins there.”

Ranger and his fellow Pinty’s Series competitors are in for a new challenge at the circuit. They’ll compete on a new layout at ICAR — and under the lights.

Ranger was successful on the bigger course at Circuit ICAR winning four of the past six races on the 2.1 kilometer, 14-turn road course on the grounds of Montreal-Mirabel International Airport.

This new layout will be new for me and all of the other drivers too. It will make the course tighter, much like racing on a short track, so I expect a lot of action for the fans to enjoy.

Ranger will likely face challenges from Kevin Lacroix and Alex Labbé as he goes for his fifth win at the course located just outside of Montreal.

Lacroix is the only other driver besides Ranger to win at ICAR since 2011, keeping Ranger out of Victory Lane in 2015 and winning the first and only caution-free race held at ICAR during his rookie season.

Lacroix has already won in 2017, capturing the season opener at Canadian Tire Motorsport Park in May.

Labbé enters this race as the points leader. He won the pole position for this race last season. Defending series champion Cayden Lapcevich finished eighth at ICAR last season in his track debut. His last win came at the NPS race at Autodrome Chaudière two weeks ago.