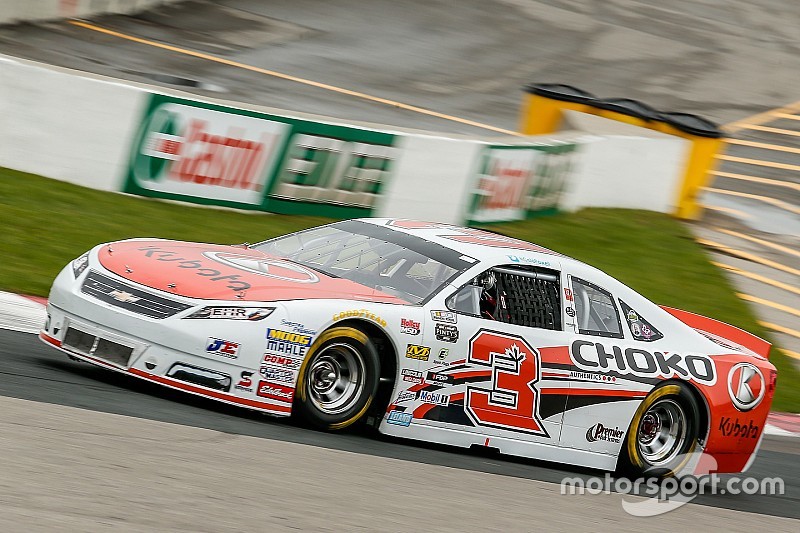 Donald Theetge and Cole Powell collected their maiden victories in the Canadian NASCAR series, winning each a round of the Velocity Prairie Thunder Twin 125s at Wyant Group Raceway.

In Race 1, Kevin Lacroix started the 125-lap race from pole position, but the flying 51-year-old Theetge demoted him from the lead after just 16 laps. A final caution on Lap 89 regrouped the field.

After the final restart, Theetge, in his No. 24 Dodge, managed to keep his main rivals - Cole Powell, Alex Tagliani and Marc-Antoine Camirand - at bay to finally claim his long awaited first victory with a slim advantage of just 0.694 second.

This marks Theetge’s first win in 18 Pinty’s starts, and first win for the brand new Chevrolet Camaro body. His win also happened just a few days after he made his first start in the NASCAR Xfinity series in New Hampshire.

The winner of the opening race at Canadian Tire Motorsport Park, L.-P. Dumoulin ran with the leaders during the early part of the race, but suffered a cut tire that needed a pit stop and crossed the finish a lowly 16th.

Race 2 again provided frantic battles everywhere in the pack. L.-P. Dumoulin and Cole Powell, in his No. 3 Chevrolet, battled hard for the lead, running door-to-door. Later in the race, Marc-Antoine Camirand joined them to make it a three-car battle for the lead. After 125 laps of hard racing, Powell from Mt.Brydges, Ontario celebrated his first win in the Pinty’s Series, winning the race by just 0.266 second over Dumoulin.

Carmirand arrived home third ahead of Race 1 winner Theetge and DJ Kennington. Andrew Ranger, the winner of Round 2 of the series at Jukasa Motor Speedway, endured difficulties in Saskatoon, finishing 12th in the first race and then 10th in the second one.

The next race will be held this Saturday at Edmonton International Raceway with the LUXXUR 300 Presented by Bayer.