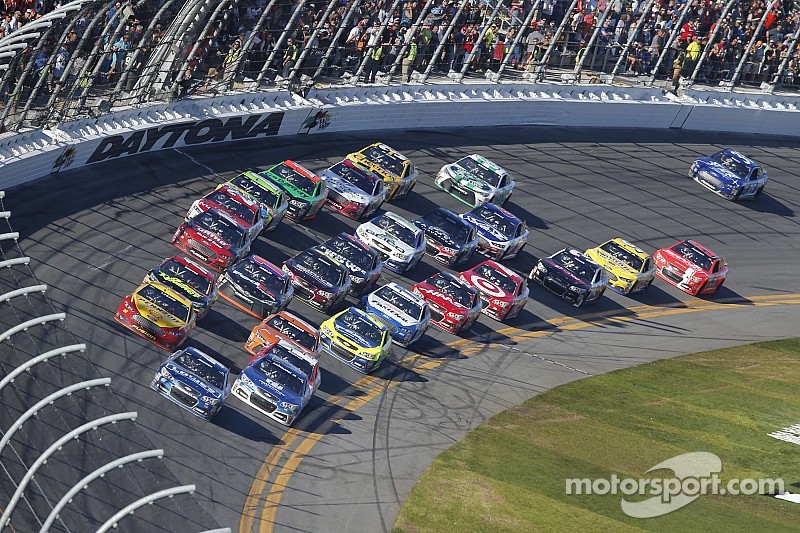 A final take on the Daytona 500 and from Katie Copple's standpoint, it didn't meet her expectations.

We have finally hit the start of the 2015 NASCAR Sprint Cup Season with the conclusion of the Daytona 500 and, if you were like me, you were scratching your head at the end of the 203 laps. Personally, I thought the Great American Race was lacking the intensity and fire that normally results when you pack 43 cars side-by-side on a Super Speedway. This season’s Daytona 500 was the calmest race Daytona has seen in years.

The checkered flag waved with 33 drivers on the lead lap and only three in the garage. With side-by-side racing and only a handful of lead changes, this Daytona 500 was the tamest race we’ve seen in a long time. Besides the three-wide racing that took place in the closing laps, it was a battle of which Hendrick driver was leading for much of the 500 miles.

Not capitalizing on Danica and the drama

One thing that was blatantly obvious was the lack of coverage for the Queen of NASCAR. Danica Patrick went through Speedweeks with few mentions and little TV coverage. Minus the on-track wrecks and verbal squabble with Denny Hamlin, Patrick was virtually invisible compared to years past.

This was the first Daytona since 2000 that a Busch brother didn’t take the green flag. Indefinitely suspended by NASCAR after assault allegations, Kurt Busch was replaced by Xfinity driver Regan Smith. Smith had a little seat time in the No.41 Stewart-Haas Racing machine before Sunday’s race but none racing in the draft. Filing in last minute for an injured Kyle Busch, Camping World Truck Series driver Matt Crafton was already back home in North Carolina when he was called back to Daytona. He finished 18th in his first Sprint Cup Series start. Impressive for someone who thought he was going to be watching the race from the comforts of his own couch.

While we indeed did get the wreck that is often referred to as the “Big One,” it didn’t come until the final lap, which soured the finish. The drivers looked under control compared to the previous night races, leaving fans wondering and waiting for the big wreck that almost never came. Unfortunately, the one driver no one wanted to see caught up in the big wreck was right in the middle of it all. Jeff Gordon went from a top-10 spot at the white flag to finishing a measly 33rd and last on the lead lap.

The storyline leading into this year’s Daytona 500 was the announcement that 2015 would be Jeff Gordon’s final season. Not only would he hand over the steering wheel of the No. 24, but this would be his final Great American Race as well. Fittingly, he won the pole for his final appearance with teammate Jimmie Johnson riding alongside. He ran an impressive race, leading more than a third of the event before ultimately getting caught up in the last lap wreck. Still, he climbed out of his damaged racecar with a smile on his face and happy with the race. 2016 won’t be the same without Gordon on the track.

Now, don’t get me wrong, I still watched all 203 laps because how can you NOT watch the biggest race of the year? Was the lack of cautions due in part to Kyle Busch’s (probably) season ending wreck form the Xfinity race still lingering in everyone's minds? Maybe. Were drivers who already tore up a ton of equipment tired of tearing up racecars that their teams had worked so hard on over the off season? Probably. Were there many other factors that led into the calmest Daytona 500 in recent years? Absolutely.

Even though there was a lack of 'wow' moments, there was still plenty of action in the closing laps. Running thre-wide for almost 20 laps without a wreck is impressive to say the least. Just hearing Darrell Waltrip while the pack was running like that was all the entertainment we needed.

2015 has finally gotten underway as we head to Atlanta and Joey Logano now tours the country to talk about what stands as the biggest victory of his career.