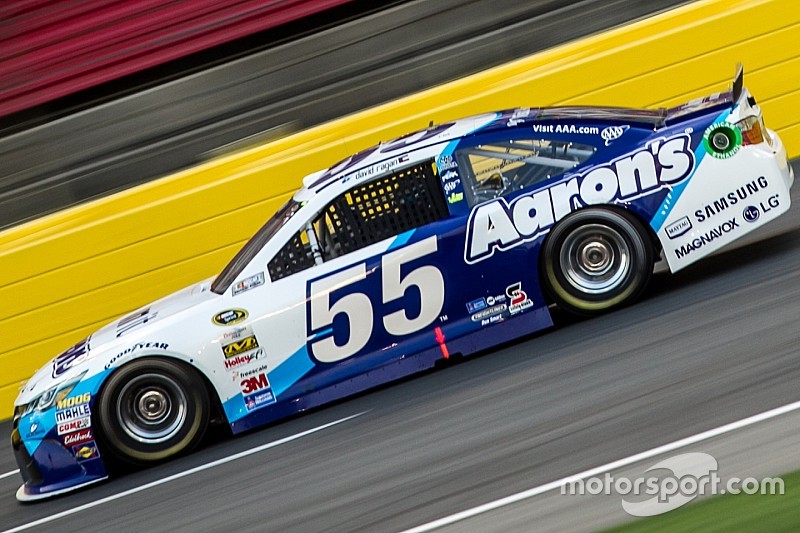 When MWR shuts down at the end of the year, Aaron's will not continue on as a livery.

Despite rumors that Aaron’s could jump ship to the No. 25 with Chase Elliott at Hendrick Motorsports, Furiture Row Racing or JR Motorsports, the brand has officially announced it will not sponsor a car next year.

“We have decided to take some time off from a team sponsorship for the 2016 season,” Aaron’s said in a statement. “The NASCAR fan base is an important audience for us and we have built substantial equity over the past 15 years.

“We are exploring creative ways to continue to participate in the sport in 2016 including media, brand relationships and track activation.”

Aaron’s has been extremely supportive of NASCAR both as a race and team sponsor. The brand first debuted with Michael Waltrip Racing in 2002 on a car driven by Kenny Wallace and continued on with Waltrip, David Reutimann (who won with the livery in 2009 at Charlotte Motor Speedway), Clint Bowyer and Brian Vickers.

Despite repercussions from Spingate in the fall Richmond race two years ago when NAPA chose to leave MWR and join Elliott, Aaron’s stood by the team.

Vickers won in the No. 55 Aaron’s Toyota at New Hampshire that same year and ran the full season in 2014. This year, he ran two races prior to being sidelined again with blood clots.

David Ragan has driven the No. 55 Aaron’s Toyota since Kansas and is currently 25th in the point standings.

Joe Gibbs Racing's road to success has been a rocky one

Harvick ready to 'pound JGR into the ground' in the Chase