Has NASCAR finally struck on something that most drivers seem to enjoy and – gasp – think is fun? 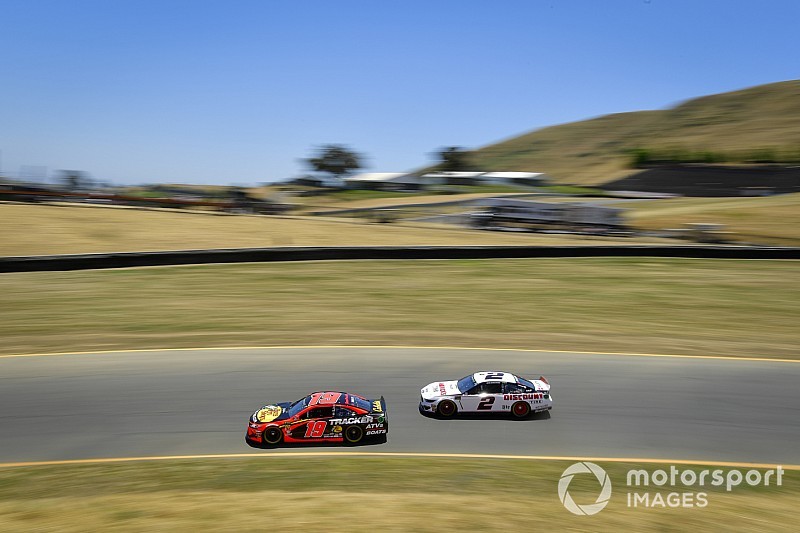 After two extended practices Friday, the addition of the “Carousel” to the Sonoma (Calif.) Raceway course this season appears to be a hit among a vast majority of the Cup Series drivers who offered up their opinions.

The positive comments weren’t necessarily relegated to those who were among the fastest on the track, either.

As part of its 50th anniversary celebration, Sonoma has returned to its original full-course length of 2.52 miles for its NASCAR races.

“Kevin Harvick and I were having breakfast one morning, and he said, ‘Hey, have you thought about running the carousel?’ ” Speedway Motorsports Inc. CEO Marcus Smith said. “I think it was just after the Roval race (at Charlotte), posing the idea that ‘You already did something crazy – how about something else?’ ”

The Carousel plunges from Turn 4 down through Turns 5 and 6 before dropping onto the raceway’s longest straightaway into the Turn 7 hairpin. It adds about a half-mile to the course’s length.

“Honestly the whole thing is really good right now. I am glad they made this change,” driver Paul Menard said. “Every corner is fun. I have watched (the Carousel at Sonoma) a bunch on TV with IndyCar and sports cars.

“I thought it would be wider, a more opened up corner than it is. It is really pretty narrow and kind of a short corner. I was thinking it would be more like the carousel and Road America. This is a lot shorter and some pretty big elevation changes.”

Martin Truex Jr., who won this race a year ago, ended up fastest in Friday’s first practice and 12th-fastest in the final session.

He had previously predicted the addition of the Carousel to the course could be a “game-changer” in Sunday’s race.

“It took a little getting used to,” Truex said of the Carousel. “The only thing I did to prepare was go to spend a little time in the simulator but you only get so much out of it.

“It was pretty hairy the first couple laps. Once we were done with practice we were really comfortable with the track and with the changes we made to our car. It’s definitely worked out pretty well for us.”

Although Bubba Wallace spun out once in each of the two practice, he still maintained he was “having fun.”

“It’s almost going to be like kind of tiptoeing through the Roval. In watching all the races, it’s cool to watch Mark Martin and Dale Earnhardt go at it there. But, it’s different now. So, we’ll see,” he said.

“We’ll just have to mind our P’s and Q’s and be on our toes the entire time. It’s a lot different attitude for me this year versus last year. I’m out here having fun.”

So, too, was Corey LaJoie, even though he was almost 3 seconds off the pace set by Kyle Larson in the final practice session.

“It was a ton of fun. I was smiling the entire time I was out there,” he said. “It is different. You are just holding it down on the mat for an entire 15-lap run like you are on a mile-and-a-half now.

“The first time you do anything you are pretty much smiling from ear to ear. These are my first laps around Sonoma and I have a good car to drive. Hopefully, I don’t mess it up.”