Alex Bowman second again at Kansas: 'This one hurts' 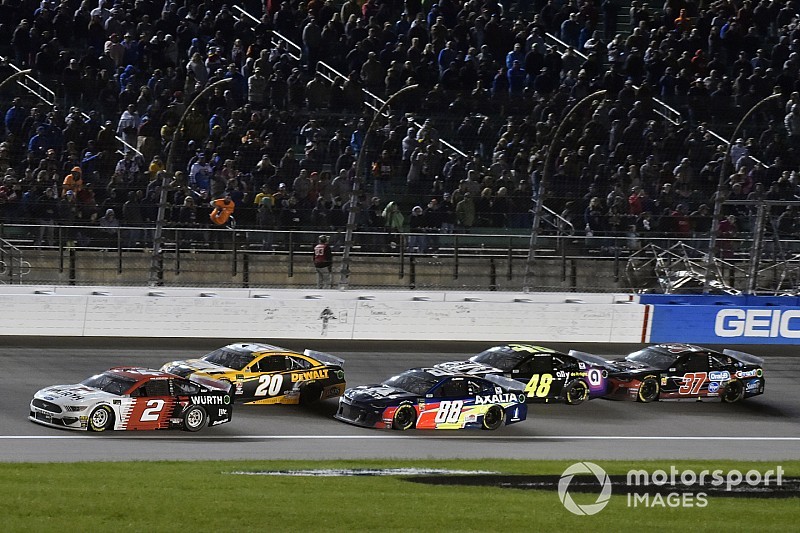 Alex Bowman is growing frustrated but not because of poor performance this time. In fact, just the opposite.

Bowman has been on fire lately, earning his third consecutive runner-up finish in Saturday night’s Digital Ally 400 at Kansas Speedway.

During that span, he’s moved from 21st to 12th in the Monster Energy NASCAR Cup Series standings and put himself squarely back into the 2019 playoff picture.

The problem? Saturday night’s race in particular, Bowman felt he had an excellent opportunity to pick up his first series win and thought he may have given it away on the final restart in overtime.

“I’ve never wanted something so bad. Not going to lie, this one hurts. My team has worked like crazy though to get us to where we’re at, and I’m proud of what we’ve done,” Bowman, 26, posted on his Twitter feed shortly after the race.

“Going to keep after it to get that win we deserve.”

Bowman led 63 laps at Kansas and was passed by eventual winner Brad Keselowski with six of the originally scheduled 267 laps remaining in the race.

He got one final overtime when a late-caution sent the race into overtime and Bowman lined up third on the final restart behind Keselowski and Erik Jones.

“We had a really good car, I just made bad decisions going through lapped traffic on lane choice. They stayed where I needed to run,” he said. “I should have gone high and I shouldn’t have picked the middle (lane) like I did.

“I just had to lift and let (Keselowski) and (Jones) drive right around me. I’m pretty frustrated with myself. There was no way around that, that was a bad mistake on my part.”

Still, the Kansas race was a strong one for Hendrick Motorsports in general, which continues to see improvement in its cars and in race speed, in particular. Chase Elliott led 45 laps and finished fourth, Jimmie Johnson rallied from a slow start to finish sixth and William Byron ended up 20th.

“We all had really competitive cars and we really appreciate everyone’s hard work to continue to build our cars and continue to get better like we have. It was a really good day,” Bowman said.

My family is from here, so it would have been pretty cool. Probably the two closest times I have been to winning was my hometown and my dad’s hometown, so it’s just frustrating. We will get one soon.”