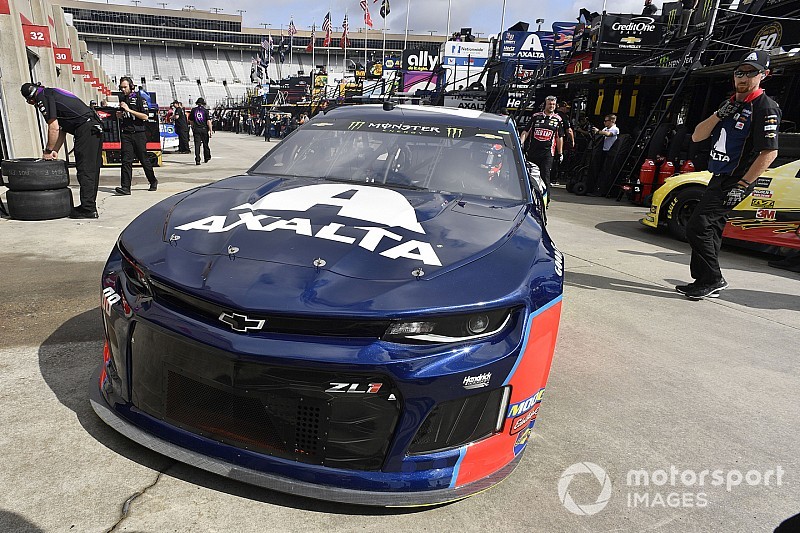 Alex Bowman is frustrated and it’s easy to see why.

A year ago after a solid Daytona Speedweeks, Hendrick Motorsports teams got a rude awakening of their performance struggles the next week at Atlanta. It would signal a tough year ahead in which only one of its four Cup drivers – Chase Elliott – won a race.

A year later, with another solid Speedweeks and some significant performance gains found at the end of the 2018 season, HMS drivers went into Atlanta last week with high expectations.

Unfortunately it was more like déjà vu all over again.

Bowman was the highest finishing HMS driver in the race, coming in 15th. He and William Byron (17th) were the only two who finished on the lead lap. Elliott ended up a lap down and 19th and Jimmie Johnson finished 24th and two laps down. None led a single lap.

“We are off of where we need to be and it’s really frustrating,” Bowman said Friday at Las Vegas Motor Speedway. “Obviously, Atlanta is a much different animal than everywhere else and it’s super-abrasive and very different, so, hopefully we are better (at Las Vegas) and going forward.

“It’s hard to put a finger on one thing that we did wrong or one approach that we had wrong; we just collectively were not any good. We have a lot of work to do, but we have the best people in the business.

“Boss man is not going to put up with that. (Rick Hendrick) wants to go win races and we have a lot of work to do.”

While HMS did made some solid gains by the end of last season, some of that may have been offset by the adaption of new aero rules in the Cup series this year that feature less horsepower, more downforce and larger rear spoilers. At Vegas, the package also includes front air ducts.

“I think there are a little more differences obviously with the drag ducts and some things like that changing, so that maybe gives us some increased optimism, but that was frustrating,” Bowman said of the Atlanta weekend.

“You have a good Speedweeks for us qualifying first through fourth (for the Daytona 500) was pretty incredible and to go to Atlanta and just have the realization that we still have a lot of work to do is tough.”

“I’ve got a lot of faith in everybody back at the shop as well as all the road guys. We will get it, it’s just stuff goes in cycles and it’s frustrating, but I know we will get it.”

Searching for the positives

There were some positive signs, starting with Johnson’s strong performance in the January test at Las Vegas with the full aero package.

In Friday’s qualifying sessions for Sunday’s race, three of the four HMS drivers advanced to the final round and Bowman actually appeared to have won the pole, but NASCAR said his No. 88 Chevrolet didn’t cross the start/finish line before time expired to register his final lap.

Bowman said with so many different tracks in the first six weeks and subsequent aero package changes, it will be “hard to say” when HMS will get a handle on the new rules.

“Hopefully, sooner rather than later. We’ve got a lot of people working really hard and I don’t know, we may race really well here (at Las Vegas) just with how different it is from Atlanta.

“It’s hard to say so far, but we will have to wait and see.”