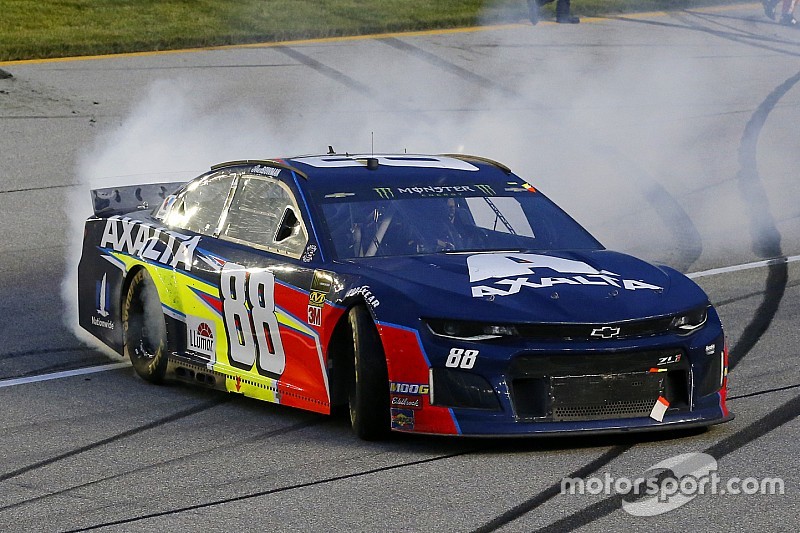 In addition to Alex Bowman getting his first NASCAR Cup Series win, all four Hendrick Motorsports drivers finished in the top 11 at Chicagoland Speedway.

While Bowman scoring his first Cup Series win was reason enough for everyone to celebrate at HMS, Jimmie Johnson picked up his first top-five finish of the year and William Byron joined him in the top-10.

Bowman, who became the first Hendrick Motorsports driver other than Elliott to win a Cup race since the 2017 season, led 88 laps while Johnson paced the field for 10 laps and Byron was out front for nine laps of the 267-lap event.

“Just a solid performance for our Ally Team and I’m really proud of everyone,” said Johnson. “The No. 88 had a great opportunity with the draft (on the restarts) and worked it very well and got the lead.

“Once he got to that point he was able to control it very well and there was really no taking it from him. I’m extremely happy for Hendrick Motorsports.”

Byron scored his third top-10 finish in the past five races and felt he was just a little off to battle his teammates for the win late in the race.

“We were really good but we just had a couple of things not go our way,” said Byron. “The one restart and one run that wasn’t the greatest. We got back to the top five and we just didn’t quite have enough that last run. Alex and those guys were really fast. Congrats to them. They did a great job.”

Byron was happy he was able to move up through the field and lead some laps in the race. He, too, feels he’s not far off from contending for his first Cup win.

“I just have to close in on those details a little bit more,” Byron said. “We, as a team, are really close. It’s a little disappointing now that we have the speed that we do, but it’s good to take the lead at some point in the race.

“I think that’s six or seven in a row for that, so we just have to continue to do that. I think we had another good points day, which doesn’t sound great, but we are making our way up the playoff grid.”