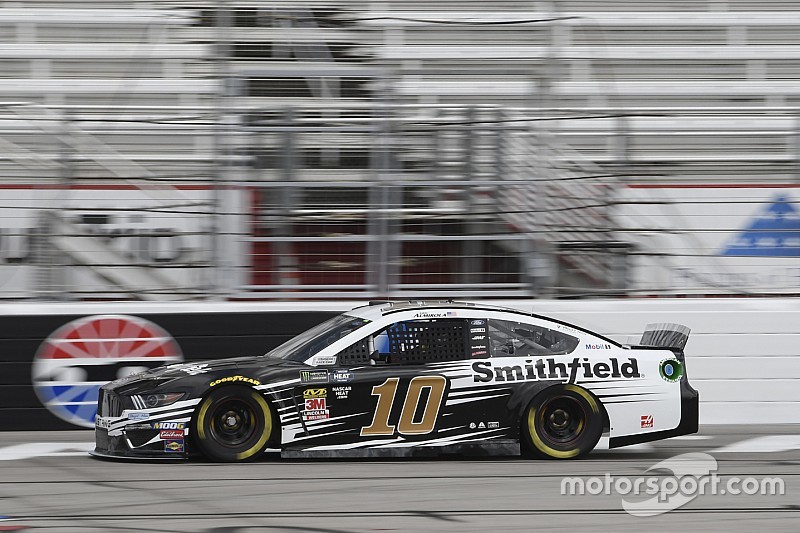 Bowyer was the fastest in the lone practice session Friday, then topped the first two rounds of knockout qualifying before Almirola raced to the top of the leaderboard in the final round.

Almirola’s average lap speed of 181.472 mph ended up the fastest lap of the day and he won the pole for Sunday’s Monster Energy NASCAR Cup Series race at Atlanta.

The pole is the second of Almirola’s career and first of the new season.

“It’s cool to be the first guy to put the Ford Mustang on the pole,” Almirola said. “We’re running wide-open now, so it’s getting more and more about the car now in qualifying.

“It’s the engineers and all the guys who work on the cars. It’s about details. As the rules get tighter and tighter, it’s really about all the little things, all the little details.”

At start of the final round, Bowyer and Dillon ended up drag racing down pit road to be the first out on the track. Neither of them ended up benefiting from the move.

Bowyer and his SHR teammates continued their dominance in the second round.

Among those who failed to advance was last year’s race winner, Kevin Harvick – the only SHR car not to make it to the final round.

“It’s been a rough day. We’ve changed everything on the car and nothing has fixed it,” Harvick said of a steering problem that plagued him both in practice and in qualifying.

Bowyer, who was fastest in Friday’s lone practice session, led the way in the first 10-minute knockout qualifying session.

Among those who failed to advance to Round 2 were Ryan Blaney, Joey Logano, Daniel Hemric, Ryan Preece and Chris Buescher.

The No. 36 Ford of Matt Tifft and No. 52 Chevrolet of B.J. McLeod both failed pre-qualifying inspection twice and both teams had their car chief ejected for the remainder of the weekend. Each team will also lose 15 minutes of practice on Saturday.

Harvick calls Johnson "one of the most disrespected great drivers"

The other side of Alex Bowman - Part 2