Marcos Ambrose says he 'felt right at home' in the new Ford Mustang as he cut his first NASCAR laps since 2014.

The two-time Cup race winner is part of a special Mustang demo at the season-opening Supercars round in Adelaide this weekend, which includes driving a current-spec, Team Penske-built Ford.

For Ambrose it was his first NASCAR experience since he left The States and moved back to Australia, for what ultimately proved to be a short-term competitive Supercars comeback.

However despite not having driven a NASCAR since 2014 and any kind of racecar since 2015, he said he felt right at home in the Mustang.

“Jumping into the NASCAR, it felt right at home to be honest," said Ambrose.

"Jumping into the left-side, to me feels right, but driving it on this track felt all wrong.

“This car is not a nice car to drive on the streets of Adelaide, in the sense that it’s a tank, a very bumpy ride out there.

“We only got a couple of laps at it, so I’m looking forward to tomorrow, seeing if I can drive it a bit harder and have some fun.

"It’s probably been four, five years I think since I’ve driven anything. I’m sure I’ve done a bit of practice in a go kart or something before I came out here.

“But just great, feel really natural. I just a lot of fun – I knew Dick was the car in front, I could see him and I could see how well he was doing, so I enjoyed that as much as anything, just being out there with Dick in the [Supercar] and me just jumping around in the NASCAR.

“[It] felt really good. I was in Joey Logano’s seat so it was a little slim-line for me, but it was comfortable enough."

Ambrose has no interest in any sort of racing return, however, admitting that he's enjoying living the quiet life in his native Tasmania.

"Everyone is busy in life," he said. "Business moves on, life moves on, kids and family move on, and that's what I've been doing.

"Just stepping out of racing doesn't mean you turn your life off. I've been based in Tasmania and just... living.

“I’ve got bits and bobs around the place, I’ve got a little tourism venture in Tasmania which kept me busy for a couple of years, then just doing a bit of other stuff, just business.” 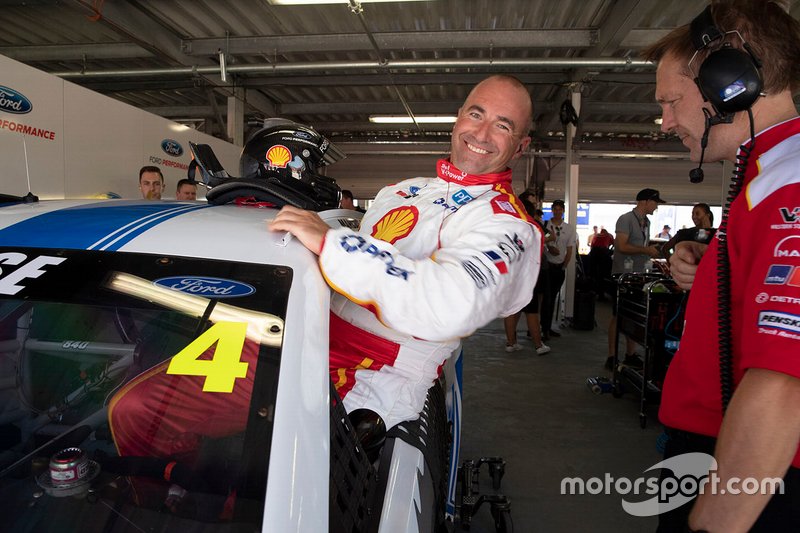