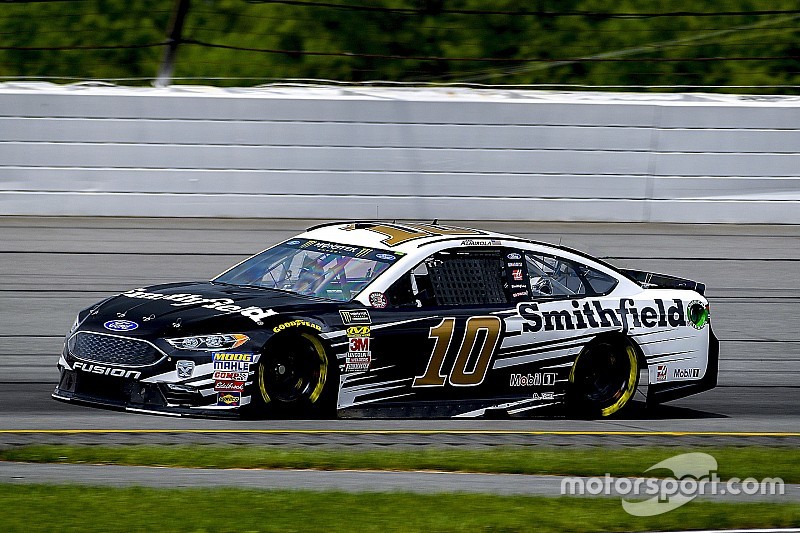 A seventh-place finish isn’t glamorous, but considering Aric Almirola’s record at Pocono Raceway, it was pretty close to a victory.

Prior to Sunday’s Pocono 400, Almirola’s best performance at Pocono in the Monster Energy NASCAR Cup Series was a pair of 18th-place finishes.

In 11 previous series starts, he had wrecked out three times, failed to finish once because of engine failure and had five other finishes of 28th or worse.

Almirola moved to Stewart-Haas Racing in the offseason, a move that seems to have rejuvenated his career, including producing his first top-10 finish at the triangular-shaped speedway in Pennsylvania.

“Man, Pocono is a really challenging place, and I have run so bad here for six years,” Almirola said after the race. “I just came here with an open mind and told myself I was going to study up and pay attention to what all three of my teammates did and try to learn and try to improve every practice.”

The finish was even more impressive considering Almirola started 34th after getting loose during his Round 1 qualifying attempt last Friday.

He was 15th at the end of Sunday’s first stage and 17th after the second stage, making all his gains in the last stage, in part due to a late-race two-tire pit call for track position.

“Qualifying we had (that) snafu with that set of tires, and it got us set way behind starting 34th, but the guys brought me an incredible race car,” Almirola said. “I finally figured this place out, I feel like.

“I think the car has a lot to do with it, but I started changing some things that I was doing and really picked up a lot. I am really proud of everybody to get another top-10.”

Almirola now has six top-10 finishes through 14 races, one short of his career high for a season. He is 11th in the series standings.

NASCAR Roundtable: Is Chase Elliott's winless streak about to end?