Austin Dillon is back in the rookie race 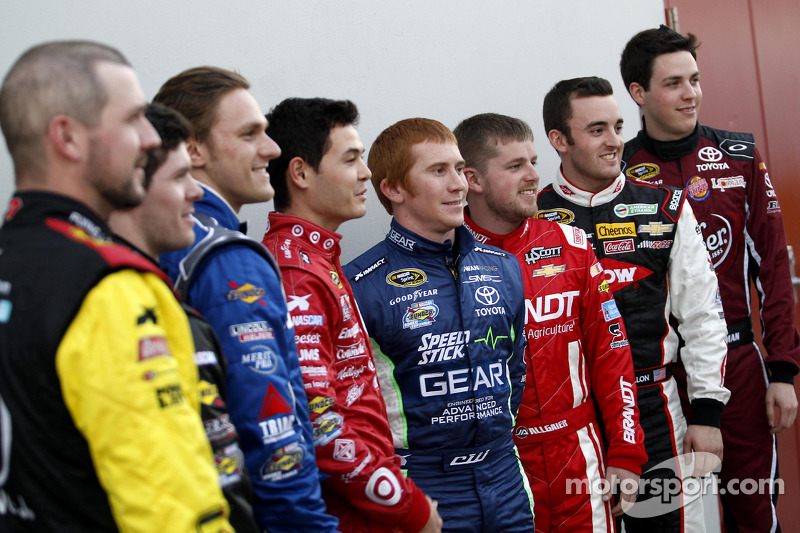 Since Austin Dillon won the pole for the Daytona 500, there hasn’t been much of a buzz out of the No. 3 camp.

Before the season began, the 24-year-old grandson of team owner Richard Childress was expected to give Kyle Larson a run for the money in the 2014 rookie-of-the-year battle. 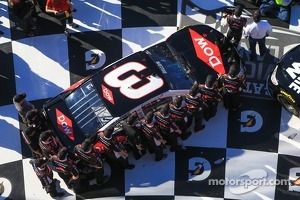 Entering the second Daytona race, Larson had a 25-point lead in the rookie standings. But following Dillon’s fifth-place finish in the Coke Zero 400 on Sunday - the first top-five of his career – the former Nationwide Series champion might have just turned this into a real contest.

“It's huge for us getting a top 10, a top 5; it definitely can change the rookie race,” Dillon said. “We've got some momentum now. We've got the last four races, I think, in the rookie race, and just stay consistent and hopefully we can come out with this thing.

“Our cars have been really fast all year, and we're getting better each week. I feel like we're gaining a little bit, and I'm excited about that.” 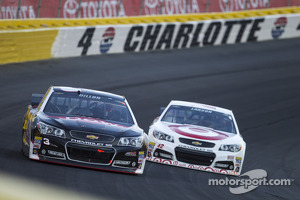 After the first nine races of the season, Dillon’s consistency allowed him to maintain a 12th-place position in the point standings. Although Dillon posted just one finish outside of the top 20 in the next nine events, that 30th-place finish at Michigan dropped to the No. 3 RCR team to a season low of 17th in the point standings leading up to Daytona.

Not that the points matter as much as wins with the new Chase system. If either rookie candidate would win a race prior to the Chase and make the playoffs, it would be difficult to argue against him.

And while Dillon is correct that his last three finishes - 17th, 16th and five are significantly stronger than Larson’s 28th, 40th and 36th – the Chip Ganassi racer has posted three top five’s and seven top 10 finishes compared to one top-five and two top 10s for the RCR driver. 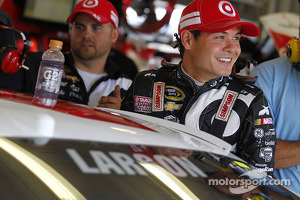 “Kyle has had a great season and I'm kind of putting our season against his because we're racing for the rookie of the year,” Dillon said. “That was our main goal going into this year. Any other year the last couple years it would be a great season, but the way they've run we've put a lot of pressure on ourselves.

“We're hanging in there. Just want to find some more speed at these mile-and-a-halves, get more consistent.”

Dillon’s finishes have been more consistent overall which reflects his current 13th-place in the standings compared to Larson’s 17th-place position after he sustained damage in the 16-car wreck 20 laps into the race. 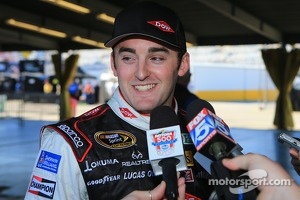 Where Dillon really must pick up his game is qualifying if he’s going to have a shot at knocking Larson off the top of the rookie standings. Yes, Dillon is accurate in saying that he needs to find “more speed”. The Hendrick Motorsports engines have been stout on the intermediate tracks this year and a solid qualifying effort set the tone for the weekend.

Larson’s average starting position is 14.8 – better than his veteran teammate Jamie McMurray’s 15.2. Larson also won the pole at Richmond in April, which will be the final race leading into the Chase.

Certainly, Dillon hopes for gains at the four tracks where the Cup tour returns to over the next eight races before the play-offs. He will have the benefit of Gil Martin, an 18-year veteran Cup crew chief to guide his way.

But the bad news for Dillon is Larson has already posted top 10 finishes at three of those four venues - Pocono, Michigan and Bristol -earlier this year. 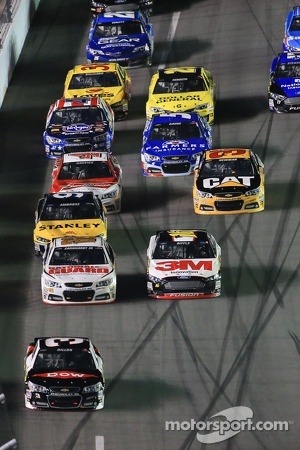 “Each week you learn a little bit here and there and what it takes to compete at this level,” Dillon said. “It takes a full weekend from the start of the weekend when you unload off the trailer, and learning that is just the hardest level of racing in the world in my opinion, because I've never done anything past this.

“But for us, just progressing each and every week and being smart throughout runs and trying to make our cars better throughout a race instead of maintaining, that's one tough spot. You've got to be able to gain through a race and you can't just maintain, where in a Nationwide race or a truck race it's shorter and you can get your car decent in track position and you can kind of maintain that way.

“I feel like our cars are getting better and we've been really harping on that as a group at RCR to make our cars better, and I think we're starting to show.”

Over the next 18 races, Dillon has the opportunity to replace his rough runs with better results as NASCAR calculates only the best 17 races in determining the rookie-of-the-year. Dillon had the first half of the season to pull his program together. Now is the time to deliver.

Almirola puts No. 43 back in Victory Lane but looks to future, not past

Now that Aric Almirola has his win, he really shouldn’t sweat the Chase