Points leader Ryan Blaney out after early crash at Phoenix 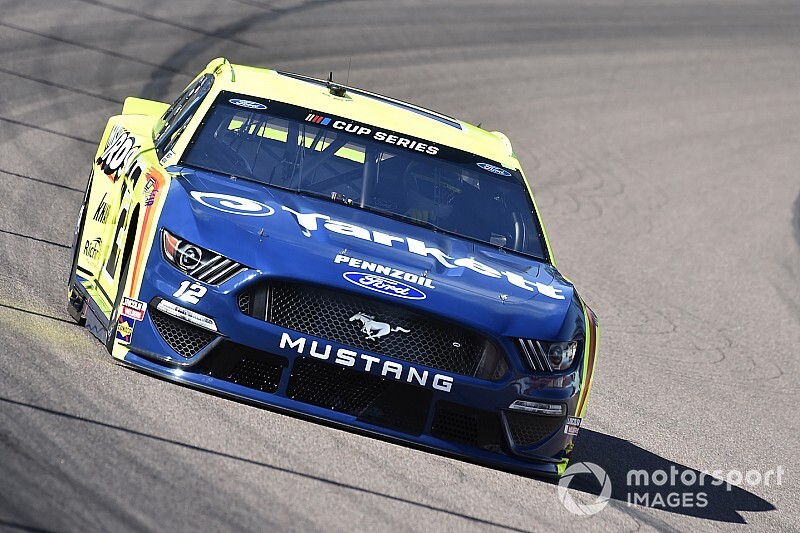 Ryan Blaney entered Sunday's race at Phoenix Raceway as the championship leader, but he won't leave in the same place.

Blaney hasn't had much luck this year. He was mere feet away from winning the Daytona 500 in a photo finish alongside Denny Hamlin, a late caution derailed his day at Las Vegas while leading the race, and a tire issue robbed him of a second-place finish at Fontana.

Despite the misfortune, he performed well enough to be leading the championship standings after three races. But he will likely lose that position after Sunday's race at Phoenix. On Lap 64, Denny Hamlin got loose underneath Brad Keselowski following a restart. He collided with Blaney on his way up the track and the No. 12 slammed the wall.

Hamlin and Keselowski continued, but Blaney's race was over. He will finish 37th with zero stage points.

"From the car I couldn’t really see," said Blaney. "A couple of us were three-wide. I was happy to be on the top. I thought we were going to roll the top pretty good through three and four there. It looks like the 11 (Hamlin) tried to send it in there below the 2 (Keselowski) and got loose and hit him and then overcorrected and got us. We got up in the dirt and we just ran right into the fence.

"Just an innocent bystander there. It sucks to have it end so early like that and have that happen so early in the race. I do really hate it for Menards and Tarkett and Ford. We didn’t even have a chance to work on our car. We weren’t great the first run but we made a big swing at it and we don't know how that change was. It stinks when you are taken out like that. We will just go on to Atlanta and see what we can do.”

Kyle Busch looking for a return to form at Phoenix