Alex Bowman: "Pretty unacceptable" to miss next playoff round 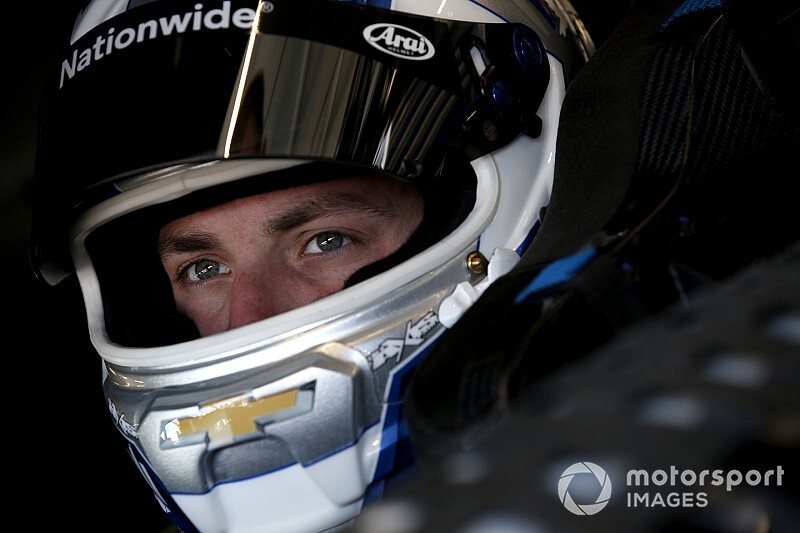 Alex Bowman knows what needs to be done to advance to the next round of the NASCAR Cup Series playoffs and he’s making no excuses.

“We don’t really have a choice.”

Bowman and his No. 88 Hendrick Motorsports team were off to a good start this weekend at the Charlotte Roval.

Bowman, 26, was quick in practice Friday and qualified second and was scheduled to start Sunday’s Bank of America 400 on the front row alongside his HMS teammate, William Byron.

However, in the final 30 seconds of Saturday’s final practice session, Bowman spun around in Turn 4 and slammed into the tire barrier, doing extensive damage to his No. 88 Chevrolet.

Even so, with three HMS drivers qualifying in the top-five (Jimmie Johnson starts fourth), the organization seems to have the speed to compete for a win this weekend.

Bowman earned his first Cup Series win earlier this year at Chicagoland, which gained him automatic entry into the playoffs. He believes there is no reason why his team should be among the first four eliminated from further championship contention.

“We just need to do a better job of qualifying, and start up front, and be able to score some stage points throughout the day, and go from there. You look at who we are around, we’ve beat (Byron) at (the last two) races and he’s gained points on us, just based on stage points.

“So, we haven’t been doing a good job of that, but that’s just part of it. We need to step it up and we have to go run well.”

Coincidentally, Byron is among the drivers Bowman is fighting with for one of the final transfer spots. Byron currently sits in the 12th position in the standings.

If either driver should win Sunday’s race, they would automatically advance to the next round, which is the most preferred route.

And the best case scenario would be for both Byron and Bowman to advance to the next round.

“When the whole company is running better, it’s better for everybody involved. I think we do a really good job of that and always have, whether it’s William or Chase (Elliott) or Jimmie (Johnson) or a combination of them,” Bowman said.

“So, I think obviously we’re racing each other for that last spot, but hopefully we can both get in and not have to worry about it.”