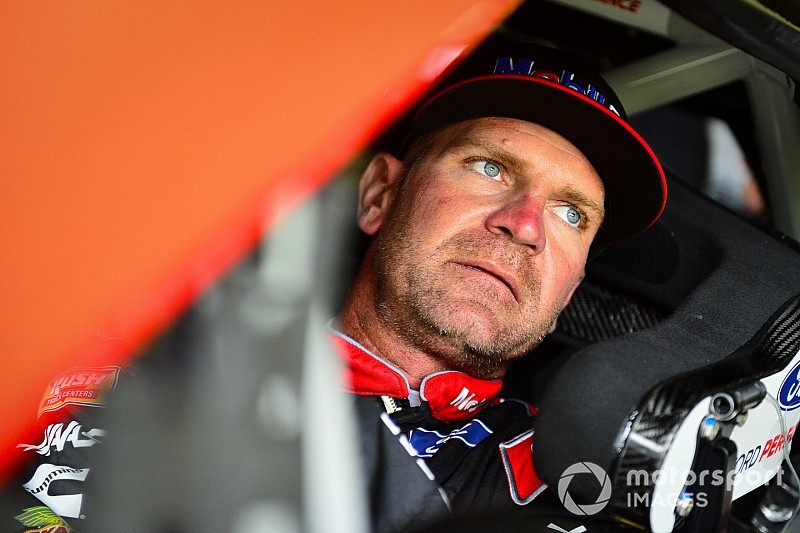 Clint Bowyer frustrated with Austin Dillon after they get together racing for the lead to create the ‘Big One’ late in the race at Daytona.

It seemed all week the thing every driver was concerned about was blocking during the Coke Zero Sugar 400 at Daytona International Speedway and of course, blocking eventually created an 17-car accident during the final stage of the race.

Austin Dillon was leading when Clint Bowyer got a run and dove to the inside. Dillon moved down to block and the drivers made contact in front of entire field.

Predictably, both drivers had different views on the incident with Bowyer feeling Dillon triggered the wreck that took out half the pack.

“You have to be behind someone to block,” said Bowyer. “I was clearly at his side. That was pretty bad man.

Dillon admitted he was aggressive with the move to try and stay out front but felt he had to as weather was threatening.

“I really thought it was urgent (to get to the lead) with the lightning and rain coming so I jumped up there and I got a good push and as soon as I cleared the 11 the plan was to get down again,” said Dillon.

“I was just trying to get a race win. It’s part of this kind of racing and I was being aggressive trying to keep the lead. We had a fast car and hated that it ended that way.”

Bowyer also agreed he understood why Dillon did what he did but it doesn’t make him feel any better.

“(Dillon) was doing everything he could try and do to stay in the lead but it was pretty foolish,” said Bowyer. “We got (spotters) up there on top of the roof and pretty early in the race to be aggressively blocking or whatever the hell that was,” said Bowyer. “I guess he didn’t want me to pass him.”