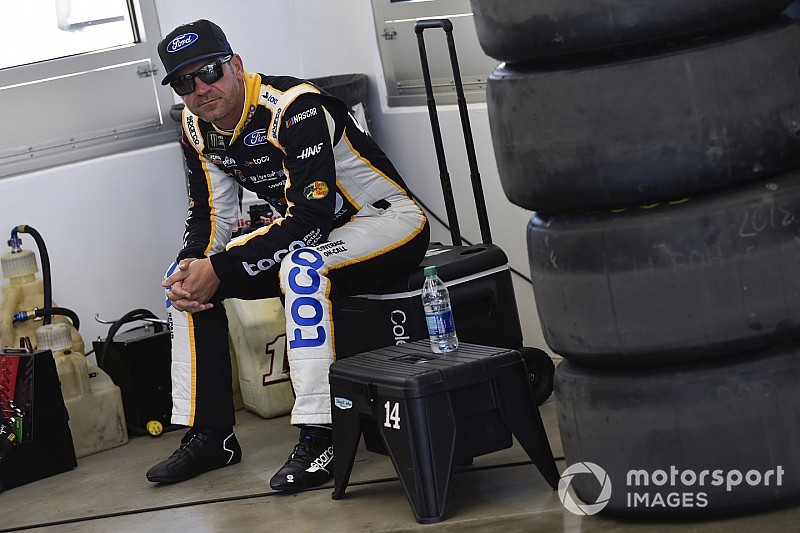 One race into the 2019 NASCAR Cup Series playoffs and some drivers have already found themselves in danger of elimination.

Two races remain – at Richmond, Va., this week and the following week on the Charlotte Roval – but three drivers who had high hopes for the playoffs already find themselves in a hole.

While Clint Bowyer hasn’t won this season and had to claw his way into the 16-driver playoff field, he was sitting pretty coming into the Las Vegas opener, winning the pole and leading his Stewart-Haas Racing teammates to a sweep of the first two rows in qualifying.

While his teammates showed plenty of speed for the most part in the race, Bowyer struggled with handling issues. He ended up 25th.

“We just weren’t very good tonight. We were just off. Off in all areas,” Bowyer said after the race. He now sits 21 points below the cutoff line.

After the Roval, the four drivers lowest in points without a win will be eliminated from further title contention.

Erik Jones, who had performed well and picked up his first win of the season just before the playoffs, ran into a major issue when his No. 20 Toyota got stuck in second gear on a restart. He was forced to the garage for extensive repairs.

Jones now sits at the bottom of the playoff standings, with a 26-point gap to have to make up over the next two weeks.

“We were dealing with a stuck throttle there the run before. I thought I was going to be OK and I could manage, but when I went to shift to third on that restart, the throttle got hung and it jammed the rails on the transmission,” he said.

“It’s unfortunate. I definitely think we could have run top-five. I don’t know. We didn’t race a whole lot of the race past that. It’s unfortunate that we’ve got a hole to dig out of 26 points (back) is not where we want to be after the first race.

“I think we could have been in a pretty good spot had we had an average night.”

Kurt Busch had also shown to have a fast car early in Sunday’s race but developed a tire rub after racing with Chase Elliott and Martin Truex Jr. on a restart. Before he could pit, the tire let go, which sent Busch into the wall and ended his night early.

He ended up 39th and 14th in the series standings, 14 points below the cutoff line.

“We were trying to go for the same spot, in the middle,” Busch said of the restart. “We ended up four-wide, got a fender rub and the day is done. It just happens that fast.”

Kevin Harvick: "We gave ourselves an opportunity" for a win