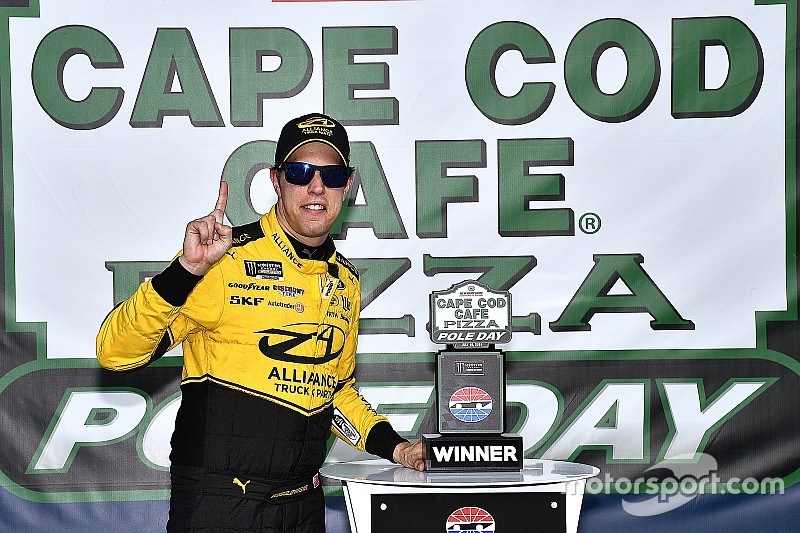 Keselowski has three wins already this season but had yet to win a pole. He filled in that blank on Friday using an average lap speed of 136.384 mph to claim the top starting position for Sunday’s Foxwoods Casino 301.

Last week’s race winner, Kurt Busch, was the last car to qualify and appeared to have a chance to topple Keselowski but slotted in third (136.238 mph) when he completed the second of his two laps.

The pole is the 15th of Keselowski’s career and his fourth at New Hampshire, with the most recent coming in 2014, the same year as his only victory at the track.

“This definitely surprised me. It’s been a while since we’ve had a pole,” Keselowski said. “We’ve had really good cars but haven’t been able to make the most of it with the driver in qualifying, so it’s nice to get one here in Loudon.

“It would feel really good if this race was still in the playoffs in the fall but we’ll take it and be happy with it and see what we have in the race. Nobody really knows what they have in the race because of the way practices are the PJ1 (traction compound) on the track changes every time you go out.”

Asked how big track position will be on Sunday, Keselowski said: “The first pit stall will be huge for sure. This track on pit road has a lot of chaos. I’m not saying you can’t wreck in pit stall No. 1, but it’s a little harder there and it certainly makes life a lot easier for your pit crew.”

Early in the qualifying session, smoke came pouring out of Alex Bowman’s No. 88 Chevrolet during his qualifying warm-up lap and dropped his drive shaft on the track.

“Something broke obviously. There’s oil everywhere, so probably ripped out some oil lines on its way out,” Bowman said. “Just cruising down the straightaway at 150 mph and something exploded next to me. It’s a bummer.”

A transmission engine change will mean Bowman will have to start Sunday’s race from the rear of the field. Ryan Newman and Denny Hamlin are also starting from the rear after each wrecked in practice and had to move to a backup car.

The No. 8 Chevrolet of Daniel Hemric failed pre-qualifying inspection three times and as a result had his car chief ejected from the track for the remainder of the weekend.

No. 28 Texaco-Havoline Ford Takes on a New Look