Brad Keselowski: “It’s nice just to be able to have a clean race” 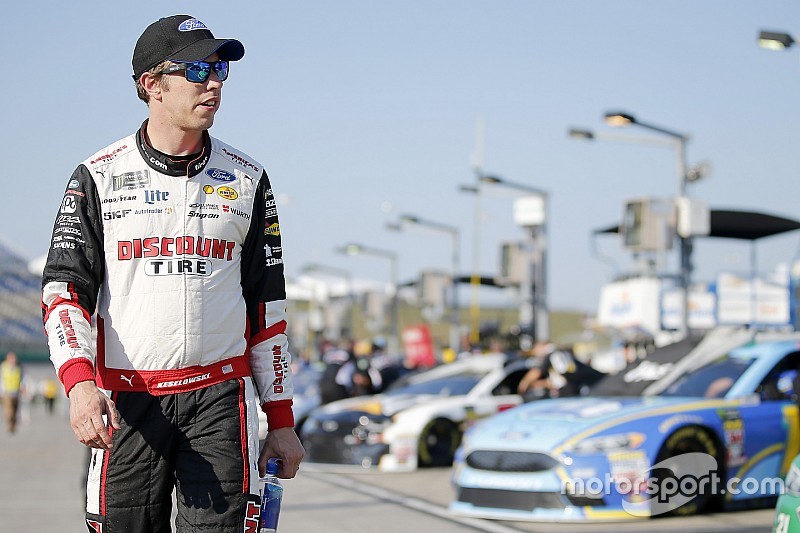 Brad Keselowski finished second in Michigan as he continues his quest for his first Monster Energy NASCAR Cup Series win of the season.

Brad Keselowski finished second in Michigan as he continues his quest for his first Monster Energy NASCAR Cup Series win of the season.

The Michigan native scored a runner-up finish to Kevin Harvick for the second time this season ending a pair of back-to-back disappointing finishes over the past two races.

Although he didn’t have a car capable of challenging Harvick - nor did anyone else - for the win at Michigan International Speedway, the former series champion said there were plenty of positives to build on from Sunday’s performance.

“The last few weeks we've had some pretty big struggles, finishing out races with breakdowns and letdowns and all of the above,” said Keselowski. “It's nice to just be able to have a clean race, or mostly clean. We did have one loose wheel. But mostly clean race, and to be able to kind of get the finish we deserve, that's important.”

Keselowski was making reference to “mostly clean” as he was forced to pit near the end of a stage for a loose wheel.

“It definitely cost us a bunch of stage points, which we'd like to have and possibly an opportunity to restart a little further up, which would have been nice to see play out,” said Keselowski.

“But it's hard to give a perfect answer on whether it would have been a difference if we could have won or not today. I think based on what I saw at the end, (Harvick) was legitimately faster, and we would have needed a mistake from him, either way.”

The runner-up finish by Keselowski along with top-10 finishes Sunday by Team Penske teammates Ryan Blaney and Joey Logano also shows his team is capable of contending with the rest of the field.

“So with that in mind, that's good for everybody's morale at Team Penske and on (my) team, as well, but of course we want to break through and win, as well, and kind of like you indicated, we're not where we need to be to just win on pure speed against those guys week in and week out,” said Keselowski.

“We've just got to find it. As a team, we have to find that little bit of performance. It's not a lot, it's just enough to keep us out of Victory Lane. It's enough for us to run up front like we did today, finish up front when we do everything right, but not enough to win.

“We know it's possible, and it's up to us to make it happen.”

Keselowski has been vocal in the past how important it would be to him to win in his home state of Michigan. Although he came up just one position short Sunday he’s determined to keep trying.

“I think there's positives and negatives from today, and so you've got to try to make the most of the positives and learn from the negatives,” said Keselowski. “It's just going to make me appreciate when we do win here. I know it's coming, and I've got to believe if we keep knocking on the door, eventually it's going to fall in.

“We have done everything we can do here but win, at least at the Cup level.”

Austin Dillon enjoys his best run since winning the Daytona 500